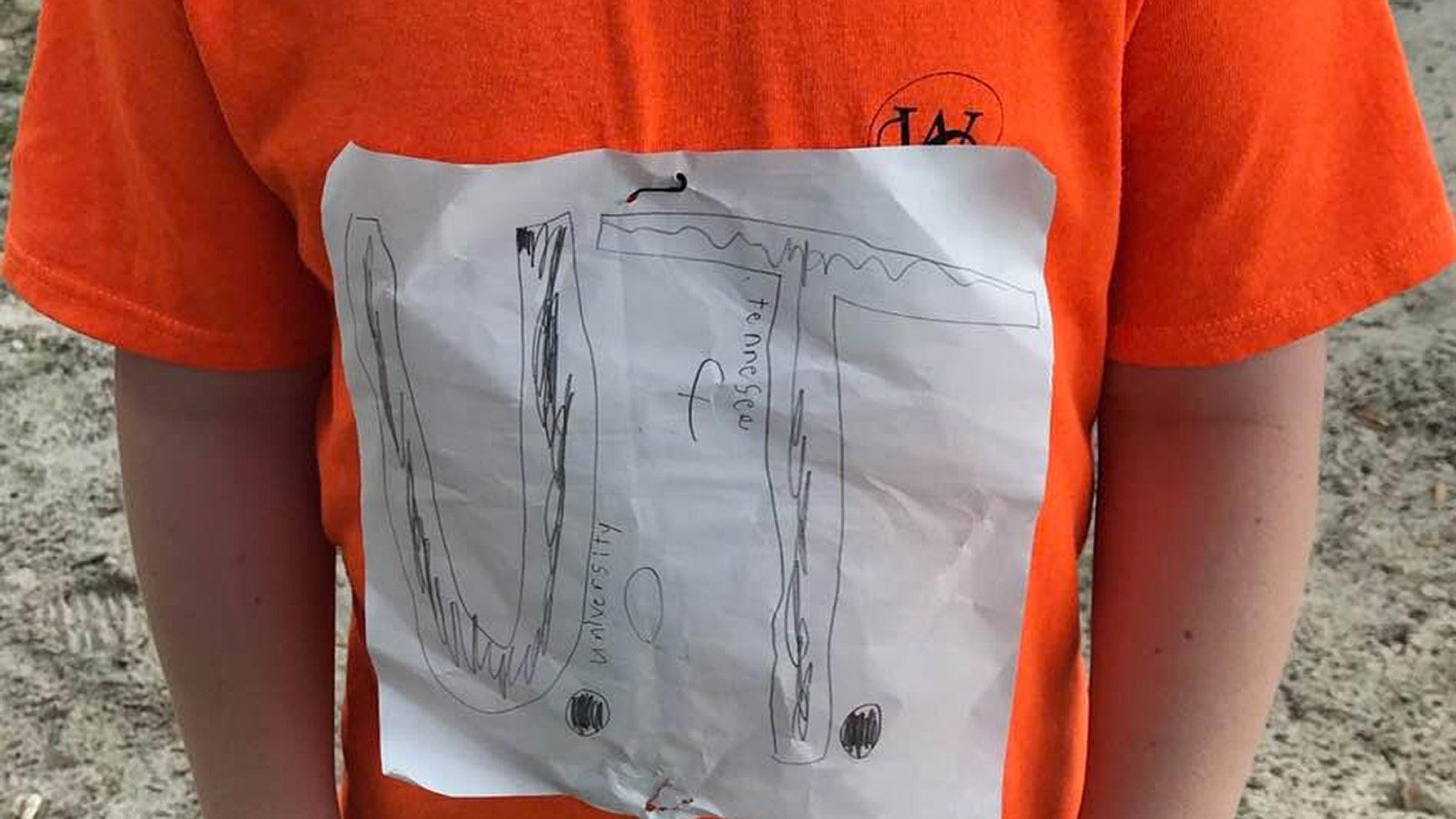 A Florida student bullied for his homemade University of Tennessee t-shirt now has his design on official gear from the college.

Laura Snyder, who is his fourth-grade teacher at Altamonte Elementary School, got the university’s attention after she took to Facebook on Wednesday about the bullying incident.

She said that the unnamed student had been “SO EXCITED” to wear his hand-drawn design for the school’s college spirit day.

“I was impressed that he took it one step further to make his own label,” she wrote on Facebook.

But his classmates apparently didn’t have as nice of things to say about his shirt.

CALIFORNIA TWINS SPLIT UP TO ATTEND DIFFERENT US MILITARY ACADEMIES

“Some girls at the lunch table next to his (who didn’t even participate in college colors day) had made fun of his sign that he had attached to his shirt. He was DEVASTATED,” Snyder said.

Snyder said in the post that she planned to buy him a UT shirt and asked friends whether they had any connections at the college to “make it a little extra special for him.”

By the next day, her message had gone viral and the university had reached out to put his design on a shirt.

“When I told him that his design was being made into a real shirt and people wanted to wear it, his jaw dropped,” she wrote on Facebook. “He had a big smile on his face, walked taller, and I could tell his confidence grew today!”

The shirt is being sold on the school’s online store, where his design was so popular that it crashed the server, according to the university. A portion of the proceeds from each shirt will be donated to an anti-bullying charity.

“Share in a Florida elementary student’s Volunteer pride by wearing his design on your shirt too!” the school store tweeted.

This article was originally published in the New York Post.