A California high school is facing criticism after publishing a spread in its student yearbook that appears to bash former President Trump while praising current commander-in-chief Joe Biden.

Fox News obtained an image of the section in the yearbook that is being distributed by Northwood High School in Irvine.

It says Trump “discredits scientists’ COVID-19 research,” “promises a healthcare plan is being created to replace Obamacare” and “claims he is not a racist.” 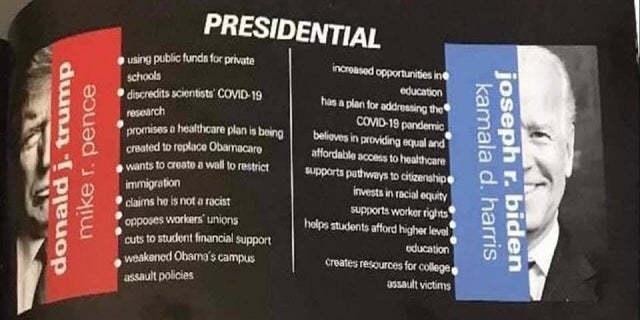 A section that appears in this year’s Northwood High School yearbook.

Biden, on the other hand, “has a plan for addressing the COVID-19 pandemic,” “believes in providing equal and affordable access to healthcare” and “invests in racial equity,” the yearbook says.

David Whitley, a parent who has had three children attend facilities in the Irvine Unified School District – which Northwood is a part of – told The Epoch Times he sent a letter to the school’s staff on Monday calling the section “a complete outrage.”

“It’s pure political propaganda, it’s educational indoctrination, and it’s an abdication of your responsibility as leaders and educators in our public schools,” Whitley said in his letter, according to the website.

“There’s no specifics on the Biden side,” he reportedly added. “It’s all rainbows and unicorns.”

John Park, the first vice-chair of the Republican Party of Orange County, also told The Epoch Times that “the last place we would expect to find such statements is in a public high school’s yearbook.” 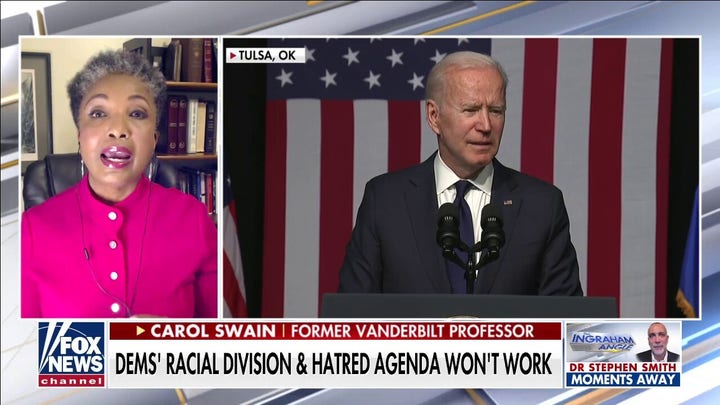 “This kind of politicizing of children should be rejected by all — Republicans, Democrats and Independents. I understand a few students wrote it, but I am disappointed with the faculty who approved this yearbook for print,” he said. “Instead of encouraging unity and mutual respect, they opted for division and biased political rhetoric.”

A source told Fox News that Northwood’s yearbook adviser and its principal and vice principals approve the content before it’s published. However, the school district did not respond when asked by Fox News to confirm that detail.

The school district did say in a statement that “the spread related to the 2020 local and national elections features student voices and is part of a larger spread on the elections over the last year.”

“We strive to be inclusive of all voices and we will continue to work with the students to ensure that commentary is relevant, balanced and that diverse perspectives are reflected,” the Irvine Unified School District added.