The Australian government should legislate a human right to housing so it takes responsibility for homelessness and provides enough social housing for the vulnerable, a new report and a leading academic say.

Labor member for Macnamara Josh Burns, who has authored a report for Labor-aligned think-tank McKell Institute, argues the Morrison government is too focused on private ownership and has abandoned the estimated 1.3 million Australians who struggle to afford to buy or rent a home. 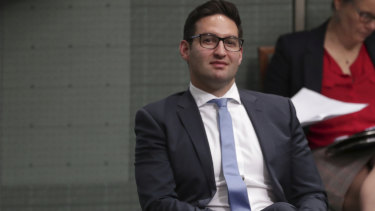 While federal Labor has indicated it will not take changes to negative gearing to the next election, Mr Burns believes the housing market is stacked in favour of investors and that the problems created by negative gearing “are not going away”.

The report will be launched in Canberra on Monday by Labor’s housing and homelessness spokesman Jason Clare. It argues a codified right for Australians to have a roof over their head would force the government to “accept a legal responsibility to address homelessness.”

“A legally enforceable human right to housing would help to address the immediate need for crisis accommodation,” the report states.

This would compel Canberra to “begin the long journey down the path of dismantling the structural inequities which have created this mess”.

Both France and Scotland have established a legal right to housing and, in Britain, local authorities are responsible for ensuring no person is evicted unless they have secured alternative accommodation. European Court of Human Rights rules means governments there must assess the human rights of people when making decisions about their housing arrangements.

The report argues creating a right to housing is “not radical” and has led to the development of some of the “most effective homelessness systems in the world.”

Australia, unlike many Western democracies, does not have a bill of rights and protects rights through the Constitution and legislation. 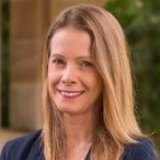 University of Queensland professor Tamara Walsh, one of the nation’s leading housing researchers, said people in Australia were often evicted into homelessness because laws did not protect them.

The researcher said some people were choosing to live on the streets because of the ease with which they could be evicted and a lack of certainty regarding tenure. Her research has found people slipping through the cracks of social housing and other support services, ending up in jail, and occasionally dying in custody. These people often had undiagnosed mental health issues, she said.

“Australia is very behind on this area,” she said. “Legislating housing as a right can make a difference. It’s a recognition that people need to be respected and cared for as a rights-bearer rather than a problem case.”

The McKell Institute report said more than 74,000 homes would need to be built to cater for everyone on housing waiting lists and found the Commonwealth had reduced housing stock by 11,000 homes since 2018.

In the year to July, he said, “the federal government will provide more than $8.2 billion in housing and homelessness programs, up on last year, which includes $1.6 billion paid to the states and territories to deliver and maintain state social housing through the National Housing and Homelessness Agreement”.

The report suggested industry-specific subsidies for essential workers, including teachers and paramedics, who tend to be female and have lower rates of home-ownership than the general population.

Mr Burns’ call for more investment in public housing was backed by Victorian Housing Minister Richard Wynne who called for more federal action. “Australia’s housing crisis calls for a real national partnership,” said Mr Wynne, who is leading Victoria’s plan to construct 12,000 social houses. “It’s a great way to deliver immediate economic impact and lasting social change – and we want the federal government to work with us as we rebuild from the pandemic.“