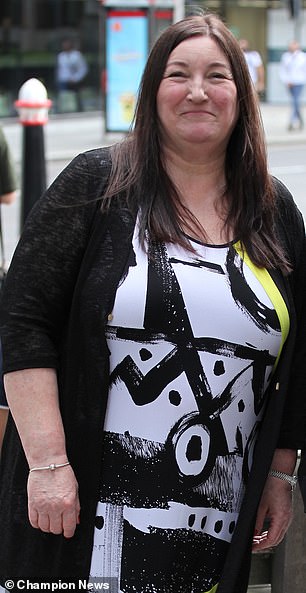 A luxury candlemaker is being sued by 5-star hotel Claridge’s over claims she ripped off its famous name for her company.

Divorcee Denise Shepherd is locked in a ‘David and Goliath’ High Court battle with the Mayfair hotel, which says her business Claridge Candles is using its trademark.

The 62-year-old set up Claridge Candles in 2016 and says she chose the name because she lives in Claridge Court, Gillingham, Kent.

She claims she chose the font for her logo because it ‘gave off an air of being classy and feminine’.

And she added the word ‘London’ to her products, explaining that she planned to sell internationally and did not think ‘Gillingham’ would have the same appeal.

But a month after launching her website last September, Ms Shepherd was hit with a court claim by the Mayfair hotel, accusing her of ripping off its trademark.

She is now facing the Qatari-owned company – which turns over £69 million a year – in a High Court battle over the future of her fledgling business.

Giving evidence before Judge Douglas Campbell QC, Ms Shepherd denied that she had tried to take advantage of the hotel’s reputation for ‘luxury and elegance’.

‘My brand doesn’t have any connection to hotels, doesn’t play on the hotel and doesn’t promote itself in any way which I think would make people think of them,’ she told the judge. 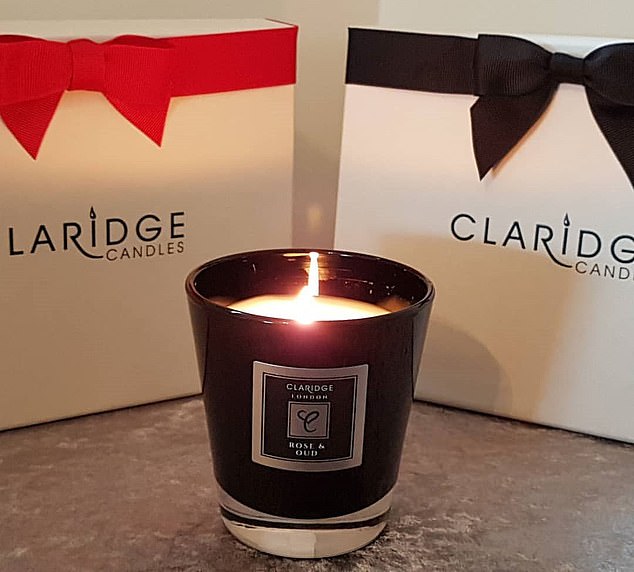 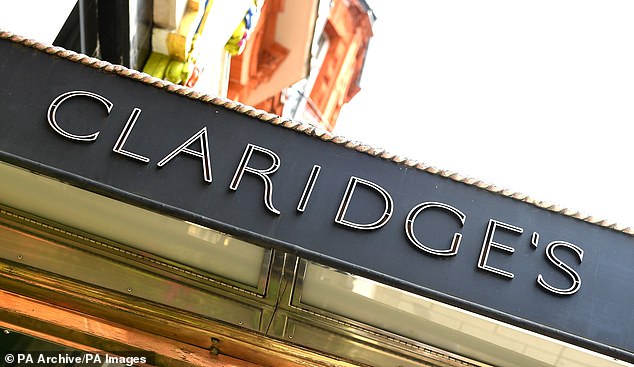 Claridge’s says the candlemaker purposefully made her logo font similar to the one seen on the hotel (shown). But Ms Shepherd claims she chose the font because it ‘gave off an air of being classy and feminine’

The court heard Ms Shepherd had previously run a Kent plant hire business with her husband, but decided to change direction in 2014 after their divorce.

She took a candle-making course and travelled to China to research the possibilities of an import business, and to Grasse, in the French Riviera, to learn about fragrances.

She initially decided on the name Waxy, but when she realised that websites had already been registered in that name, decided on Claridge Candles for the company, she said.

‘My daughter suggested the name Claridge Candles, as Claridge is part of my address, and I liked the repeated ‘C’ sound of the name,’ she told the judge.

‘I understand that Claridge’s Hotel believe that I chose the word Claridge because of them, but I didn’t even think of them when the name was developed’, she said.

But representing Claridge’s, barrister Georgina Messenger claimed that Ms Shepherd and her company had infringed the hotel’s trademark and are guilty of ‘passing off’.

She said there is a high degree of ‘aural and visual similarity’ between Ms Shepherd’s ‘Claridge’ and the hotel’s name of Claridge’s, such as to confuse customers.

The hotel, which has operated since 1856, is world famous for its ‘luxury and glamour’, which attracts customers who covet exclusivity, she told the judge.

Over the years, it had built an ‘exceptionally high reputation’ by the high-end nature of its services, catering to the rich and famous, and royalty, she said.

But whatever the quality of her product, that could well lead to the hotel’s high-end customers being driven away from it in the mistaken belief it had ‘sold out’, she said. 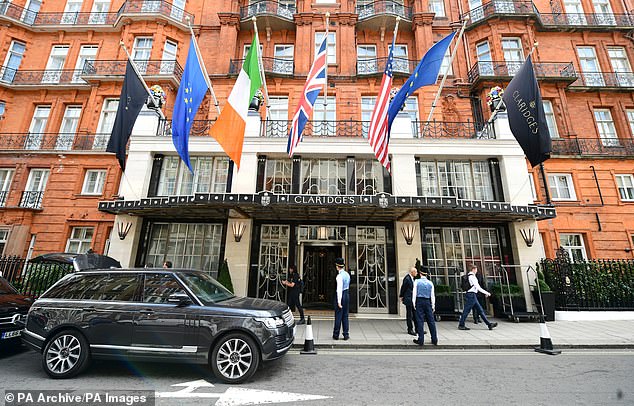 Representing Claridge’s, barrister Georgina Messenger claimed the hotel’s high-end customers being driven away from it in the mistaken belief it had ‘sold out’ 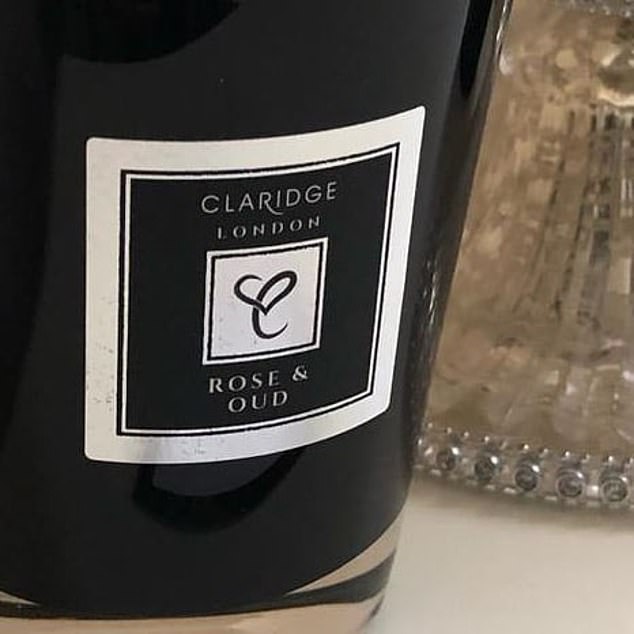 Shepherd set up Claridge Candles in 2016 and says she chose the name because she lives in Claridge Court in Gillingham, Kent

‘If consumers perceive Claridge’s to be licensing out or associating its brand with third party retailers, it can be reasonably inferred that there will be a perception that it is either in financial need or is selling out for commercial gain at the detriment of the exclusivity of its offering,’ she continued.

‘In either case, consumers will be less likely to choose Claridge Hotel Limited’s services over those of its competitors.’

Since Ms Shepherd is aiming at the premium end of the market, her company would be gaining an ‘unfair commercial advantage’ if it was able to capitalise on the hotel’s reputation for ‘luxury and exclusivity’, she added.

But her barrister Aaron Wood, who described the case outside court as ‘David and Goliath’ denied that there had been any infringement of the hotel’s trademark.

Although there is a similarity between the names, the two companies are engaged in ‘very dissimilar areas of trade’, he said.

Ms Shepherd told the judge she had called the UK Intellectual Property Office, which conducted searches on her behalf and found no other companies using anything like the Claridge name for the type of products she wanted to sell.

‘We say it is clear from the witness statement of Ms Shepherd that there was no subjective intention to take advantage of the repute of hotel, and the choice of mark is explained together with the efforts of Ms Shepherd to check for third party rights,’ said Mr Wood.

‘Further, we submit that the objective effect of the use of the mark was not to enable Claridge Candles to benefit from the reputation and goodwill of the hotel’s registration.’

Claridge’s is seeking a ban on Ms Shepherd using the Claridge name and up to £10,000 damages, but if she loses she could also have to pay tens of thousands more in court costs.

The judge will give his decision on the claim at a later date.