A CARER has been left with "banging" headaches after her mouldy council flat was left flooded with sewage for 10 days.

Angela said she faces a "horrific" smell every morning from the thick black mould caking her ceilings and walls in her hellhole home of 19 years in Prestwich, Manchester. 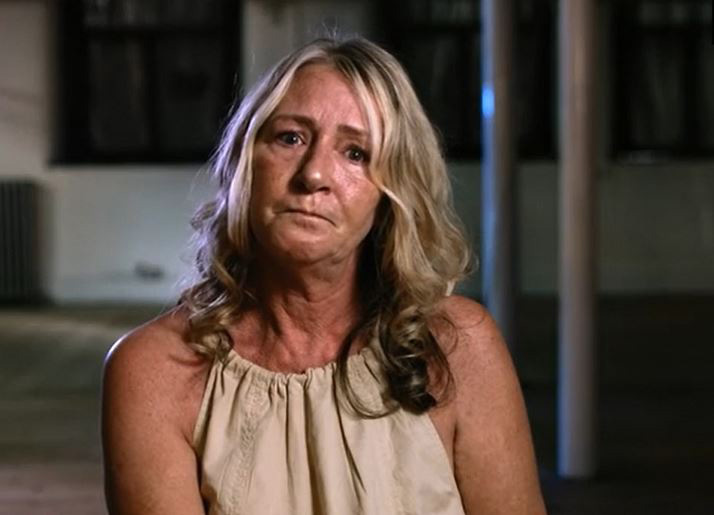 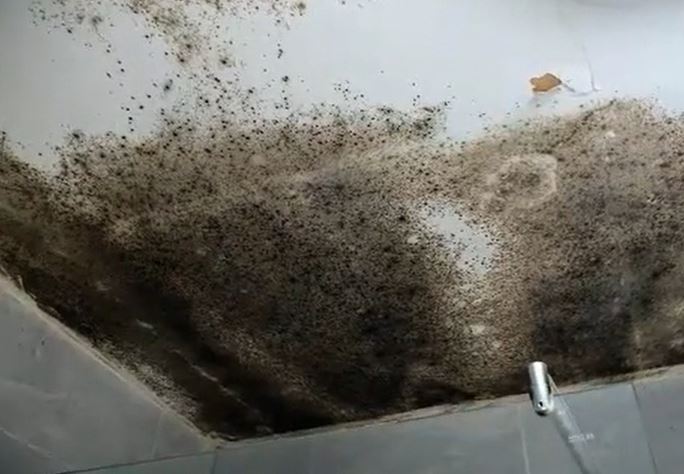 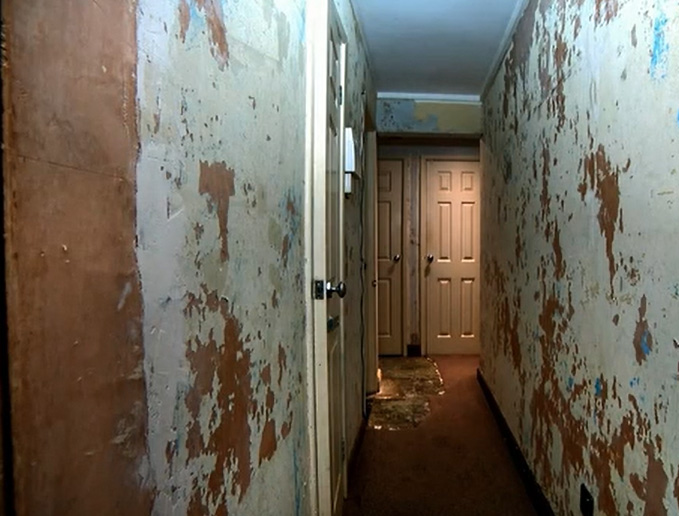 Three years ago, the full-time carer returned home from a holiday to find the two-bedroom flat choked with sewage.

She said it took 10 days for any help to arrive, leaving the slop to soak into the carpets, doors and beds.

The lengthy delay meant the flat was left with thick layers of black mould covering every room of the property.

"The smell is just horrific. It hits you. I wake up with an absolutely banging headache," Angela told ITV.

"And the smell on our clothes – everybody comments, it's embarrassing."

Born and bred in the area, Angela's situation began to unravel three years ago.

"We came back from a holiday and we walked into sewage absolutely flooded everywhere – bathroom, hallway carpets, it went into the doors, into the cupboards," she said.

"And it took 10 days for anybody to even come out and address the issue."

Angela said she used to try and keep the mould under control by wiping it down every other day, but the situation escalated after the sewage leak.

"Since the leak in the home, it's gone wild because the house was that damp," she said.

And at times, the house has become uninhabitable and overwhelmed with sewer flies, forcing the family to move out.

A tearful Angela said: "We've had days where we have had to move out because we're absolutely swamped with sewer flies.

"I've been at breaking point so many times that I just want to give up, absolutely give up. It's taken every mortal thing away from us.

"Your home is supposed to be your safety blanket, your comfort, where you go to relax and chill, and lock out the outside world.

I've been at breaking point so many times that I just want to give up.

"The outside world, if I slept outside, would be far better than my inside one.

"What was my home is no longer my home. I don't call it home, I don't classify it as home."

Housing association The Guinness Partnership has apologised for the state of Angela's living conditions.

In a statement, it said: "We are sorry that Angela has been living in these conditions. Angela's case is a complex one which is subject to a disrepair claim.

"Our cleaners attended the property when the flooding was reported to us.

"We have continued to offer to clean the mould from the home – and to pay for Angela and her family to stay in a hotel."

Angela has declined the offers from the housing association due to concerns over the mould cleaning process and the impact on her health.

It comes after a man was left to "suffocate" in a mouldy and faeces-covered council flat deemed "unfit for humans".

And a mum was crushed by a concrete ceiling in a hellhole flat which fell just inches from her four-year-old daughter's flat. 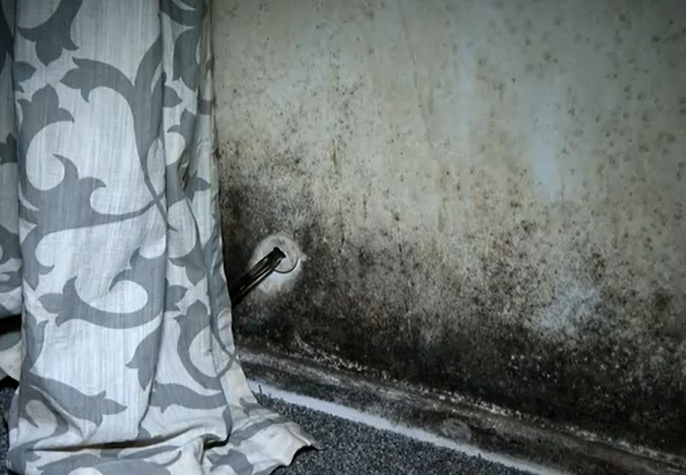 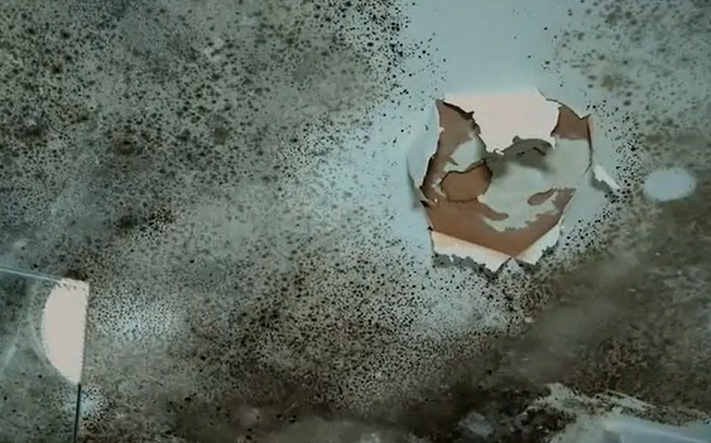 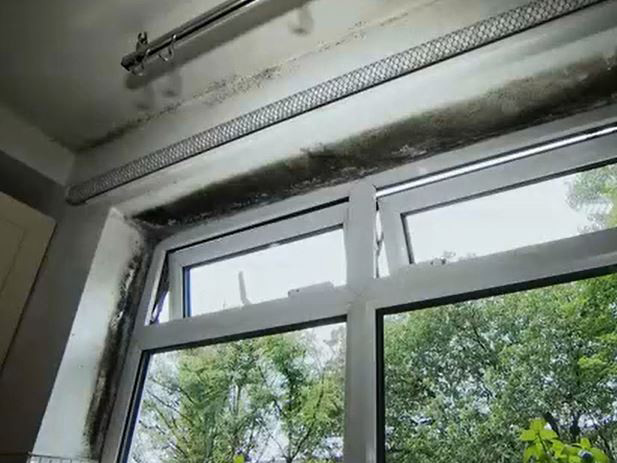