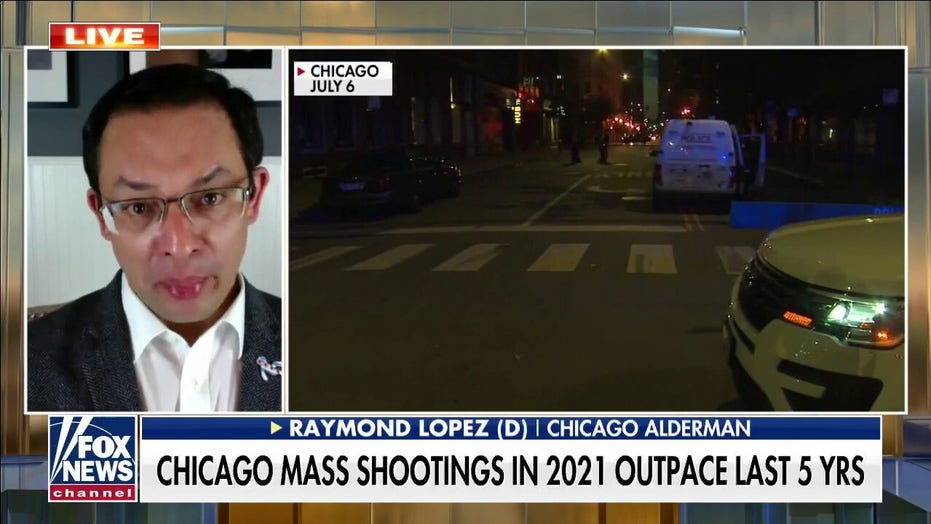 Suspects having a 90% chance of getting away with gunfire in the Windy City is a ‘disgusting’ statistic, Raymond Lopez

Chicago has seen an increased number of police officers targeted in shootings this year, police Supt. David Brown said Sunday after the most recent incident left one officer dead and another in critical condition “fighting for his life” after someone opened fired on them during a traffic stop.

“Despite the shock, grief, pain and sorrow we feel this morning, our brothers and sisters in blue put this uniform on each and every day,” Brown said at a press conference Sunday. “They go to work risking everything to serve the people of Chicago. They come to work willing to run toward danger. Toward gunfire. And they’re willing to sacrifice their lives to save the lives of perfect strangers.”

The female officer killed Saturday, who so far has only been identified as a three-and-a-half-year veteran of the force, was the first shooting death for a member of the department this year. She was one of three officers inside a Chicago police car around 9 p.m. Saturday conducting a traffic stop on another vehicle with three occupants near 63rd St. and South Bell Ave.

During the course of the investigation, a male passenger opened fire on police, and the officers returned fire, Brown said.

Chicago Mayor Lori Lightfoot ordered a day of mourning and all flags lowered to half-staff.

“There are some who say that we do not do enough for the police and that we are handcuffing them for doing their jobs,” the mayor said. “There are others who say we do too much for the police and that we never hold them accountable for what they do particularly in Black and Brown neighborhoods. But to all of this, I say, ‘stop, just stop.’ This constant strife is not what we need in this moment.

“Of course we need to continue the journey to achieve constitutional and accountable policing,” Lightfoot continued. “That cannot be a debate at this point. But let me also reiterate what I’ve said before and what I know to be true. The police are not our enemies. They’re human, just as we are. Flawed, just as we are. But also risking their lives every day for our safety and security.”

The female officer was struck by the offender’s fire and sustained a fatal gunshot wound, Brown said. A second officer, a male who’s worked for the department for the past six years, was also wounded and remained hospitalized in critical condition Sunday. Brown said he was still speaking with the officer’s relatives as to when they are comfortable to have his name reported.

“Our officers need this city to pray for their strength, to pray for peace that they are comforted that their families are comforted,” Brown said. “I’m asking Chicago to wrap our arms around our police officers today.”

One of the offenders was struck by the officers’ return fire and was taken to the hospital. A second taken into custody at that time.

The third offender, a female, was captured early Sunday.

The trio is being interviewed by Area 1 detectives and have not yet been formally charged. Investigators believe only one, a male passenger, opened fire on the officers, Brown said. That offender has a criminal background involving robbery. A weapon was recovered on scene, police said.