Police officers in Chicago may soon require permission from a supervisor before pursuing a suspect on foot, according to a report.

Mayor Lori Lightfoot promised to disclose details “soon” about a police policy change, according to FOX 32 of Chicago.

“No one should die as a result of a foot chase,” the mayor said. 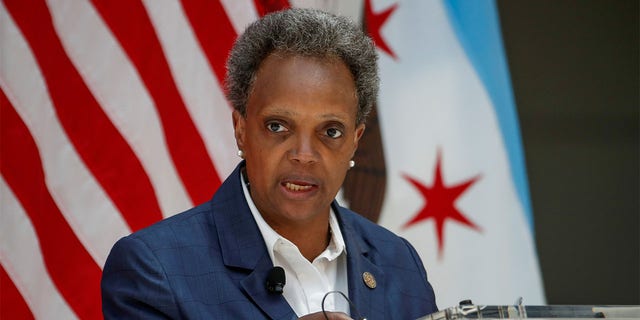 Chicago Mayor Lori Lightfoot speaks at the University of Chicago in July 2020. (Reuters)

City Alderman Brian Hopkins told FOX 32 that city police already need a superior’s permission to launch a vehicle chase for a suspect. A new policy on foot chases would simply make the same policy apply to all chases.

Hopkins acknowledged the most obvious criticism that such a policy would likely attract: that a suspect on foot could be long gone in the time it would take an officer to get the required approval.

“The point would be moot then,” Hopkins noted, according to FOX 32.

The alderman added that police are seeing more vehicles flee from officers because suspects know about the permission policy.

Lightfoot also acknowledged that requiring an OK was a less-than-perfect solution.

“I don’t want people out there who are dangerous to think, ‘Well, if I just run, then I’m safe. I can continue to wreak havoc,’” the mayor said. “We can’t live in that world, either.”