Chinese doctor, 38, dies after being stabbed by knife-wielding former patient who ‘blamed the medic for not curing him’

A doctor in China has died after he was attacked by a former patient who reportedly blamed the medic for not curing him.

The 38-year-old cardiologist, Hu Shuyun, was stabbed by the knife-wielding man while doing a ward round on Tuesday morning at the Jishui County People’s Hospital in eastern Jiangxi province.

Dr Hu, who suffered critical injuries, was pronounced dead early Wednesday after all efforts had failed. 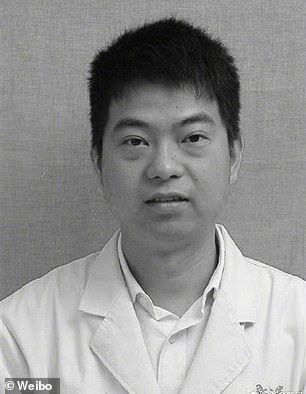 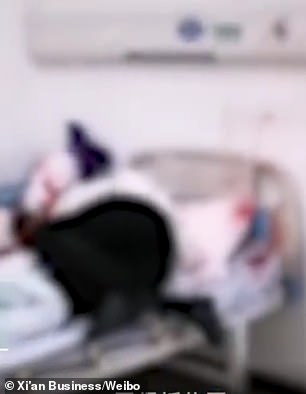 The 38-year-old cardiologist, Hu Shuyun, was stabbed by the knife-wielding man while doing a ward round on Tuesday morning at the Jishui County People’s Hospital in Jiangxi province

A 43-year-old suspect, known by his surname Zeng, was detained following the attack, police said. An investigation is underway.

The authorities did not specify the motive of the attack, but Chinese media reported that Mr Zeng had been treated by Dr Hu a year ago.

But the patient had left the hospital without permission and refused to cooperate with the treatment prescribed by the cardiologist, a doctor at the hospital told Shanghai-based news outlet The Paper.

‘[He] blamed the doctor after relapsing,’ the anonymous medic added.

Footage obtained by Chinese media appears to show the aftermath of the attack as the cardiologist lying on a hospital bed while large blood splatters covered the room. 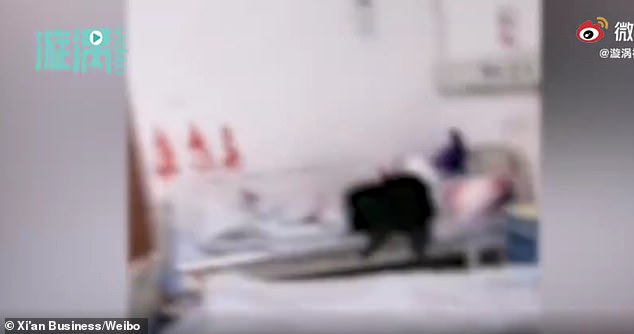 According to a statement by the hospital, Dr Hu was transferred to the provincial capital of Nanchang after receiving on-site emergency care.

At about 3am on Wednesday, the doctor was pronounced dead after all efforts to save him had been unsuccessful.

Dr Hu was described by his wife and colleagues as a responsible and kind doctor who was passionate about his work.

His partner told The Beijing News: ‘My husband spends his day between the hospital and home. He would read and work more after he gets home and he rarely goes out.’

‘My mind is all blank right now,’ the woman said.

The attack, highlighting the long-existing issue of violence against medics in the country, shocked the Chinese public as well as the authorities. 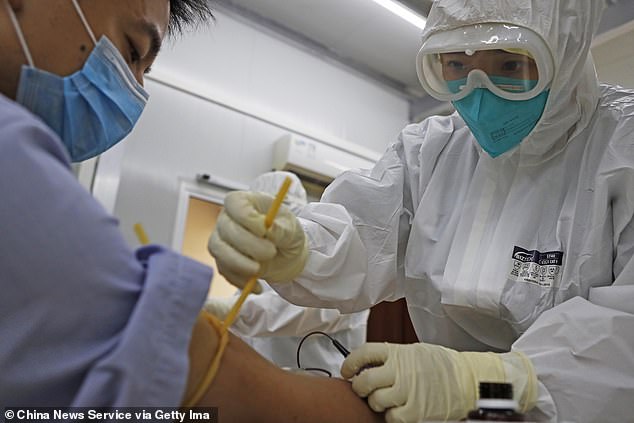 Violence against doctors has become an increasing issue in China. Pictured, a man has blood taken for nucleic acid testing at a hospital in Xuhui district in Shanghai on June 15, 2020

The Tuesday attack came just days after three medics were injured in an explosion at a hospital in eastern city Hangzhou after a disgruntled patient placed a homemade bomb at the facility in revenge.

Violence against doctors has become an increasing issue in China.

According to a Chinese Medical Doctor Association survey conducted in 2016 and 2017, 66 per cent of the 146,000 doctors surveyed said they had suffered physical or verbal assaults from patients.

And since 2016, at least 7,816 people have been prosecuted for the crime of intentionally injuring medical staff or inciting crowds at hospitals.