It was given the stamp of approval by art and history experts – and has now fetched a world record £15.5million at auction.

A 4in-high Chinese seal – used to stamp paintings as a sign of the emperor’s approval – reached three times the expected price in Hong Kong.

The 18th century soapstone seal, which was carved to depict a lion-like mythical beast, features a Chinese inscription saying ‘Treasure admired by his Majesty the Qianlong Emperor’.

Seals formed an important part of the stationery at the Qing palace in imperial China. 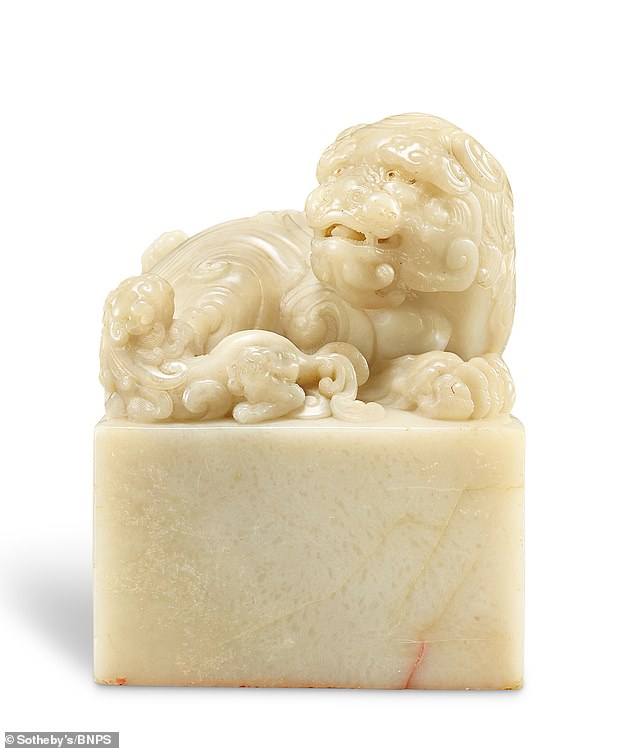 A stamp that would give a Chinese emperor’s seal of approval (pictured) sold for a world record £15.5million at auction in Hong Kong 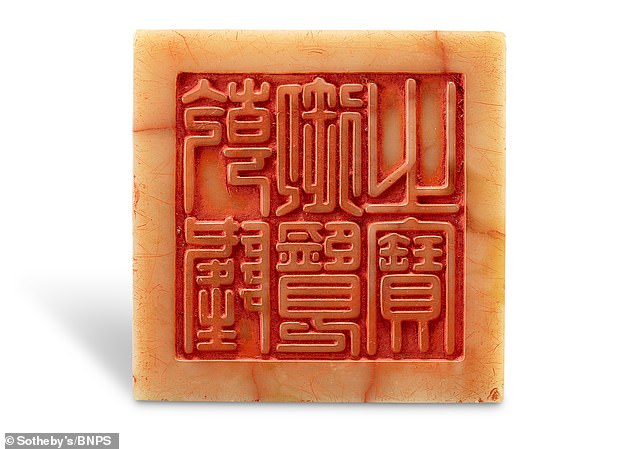 The soapstone seal was part of an art collection amassed by London-based former Chinese diplomat Dr Wou Kiuan, who died in 1997.

It had been lost during the political turmoil in China early last century and made its way to Europe.

The seal had been expected to make £5million but sold for three times that amount, setting a world record for a seal in Asia.

Seals were used to secure letters and other documents in wax in the West but in China they took the place of signatures or signs of approval.

They printed an impression using paste or ink. Nicolas Chow, of auctioneer Sotheby’s, said when he first saw the soapstone seal in the Wou collection ‘it was like an electric shock’.

He added: ‘I had seen the ghost of that seal so many times on so many of the most important paintings in the world.

‘It was a privilege to find a new home for this exceptionally important historical object.’

The buyer was not named, but the price of art from China has rocketed in the past 15 years as the newly-rich Chinese buy back their lost heritage.