An elderly man has reportedly been tied to a tree and publicly shamed for taking a walk during a coronavirus lockdown in China.

Social media footage purports to show the pensioner being bound to a tree with ropes by a community officer, who scolded him for leaving his home in ‘such a severe situation’.

The clip also shows the officer telling his colleagues ‘to tie him tightly’ as they appear to punish the senior citizen for flouting draconian quarantine rules. 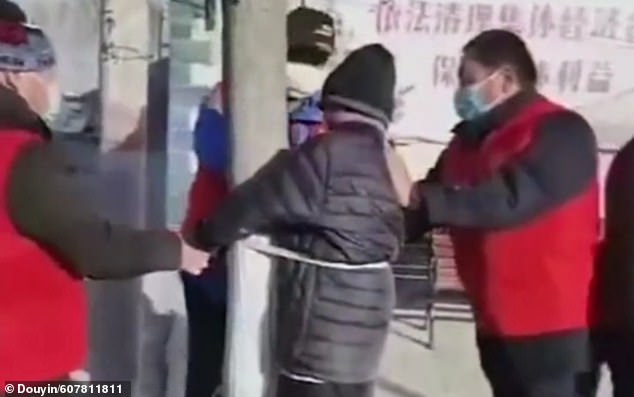 Social media footage purports to show community officers fastening a pensioner to a tree for leaving his house and taking a walk during a coronavirus lockdown in Shijiazhuang, China 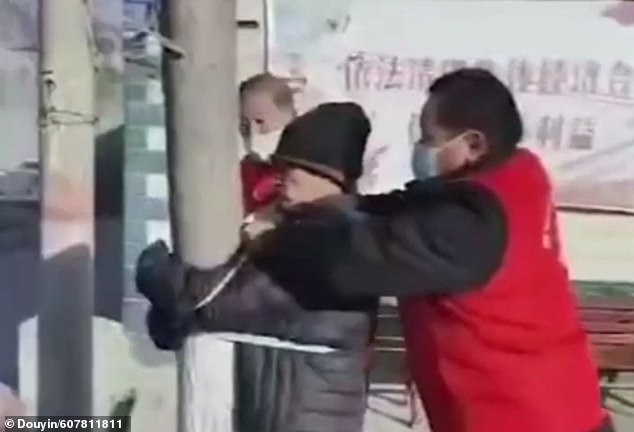 Shijiazhuang, a provincial capital near Beijing, banned all 11million residents from leaving their houses unless absolutely necessary on January 8 after recording a surge in COVID infections

The incident reportedly took place on Tuesday in the district of Gaocheng in Shijiazhuang.

Shijiazhuang, the capital of Hebei Province which surrounds Beijing, has been fighting COVID-19 in a new outbreak since the beginning of January.

On January 8, the city banned all 11million residents from leaving their houses unless absolutely necessary after recording a surge in infections.

The city is also building a massive quarantine camp designed to hold thousands of suspected virus carriers to combat the outbreak.

An official from Gaocheng confirmed the authenticity of the footage to local reporters.

A spokesperson from the Gaocheng District Cyberspace Administration told Xuanwo Video that the public shaming in the video ‘did happen’. However, he declined to provide further comments. 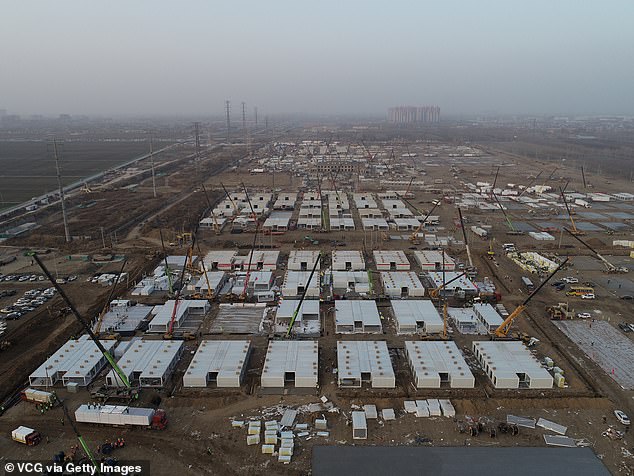 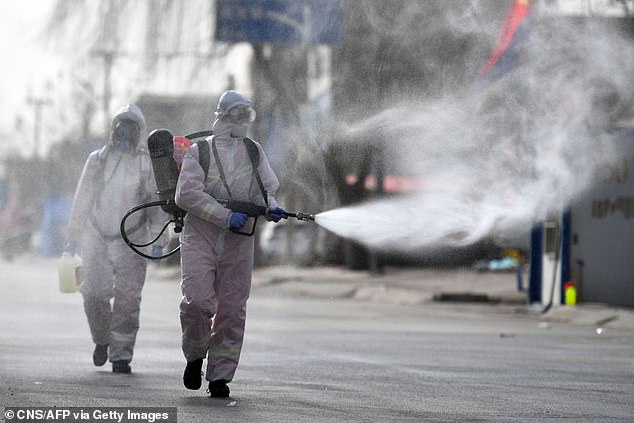 Workers in protective suits are pictured spraying disinfectant on a street in Gaocheng district in Hebei Province on January 15. Apart from Hebei, which surrounds Beijing, China has been dealing with coronavirus outbreaks across its frigid northeast with draconian measures

Apart from Hebei, China has been dealing with coronavirus outbreaks across its frigid northeast. The new wave has prompted additional lockdowns and travel bans ahead of next month’s Lunar New Year holiday.

Chinese officials reported another 118 cases on Tuesday, with 43 of those in the province of Jilin. Hebei province saw another 35 infections, while Heilongjiang province bordering Russia reported 27 new cases.

Beijing, where some residential communities and outlying villages have been placed under lockdown, reported just one new case. 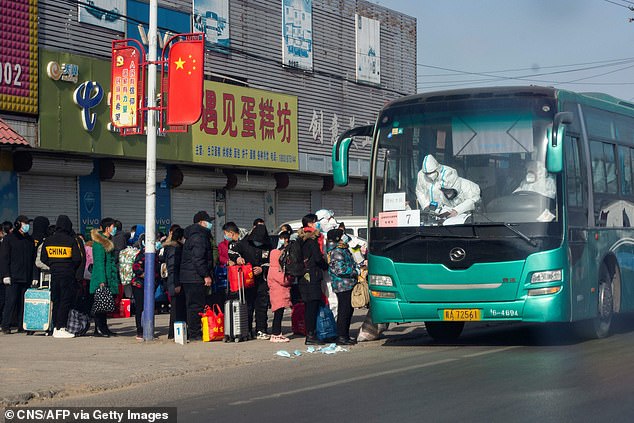 Chinese officials reported another 118 cases on Tuesday, with 43 of those in the province of Jilin and another 35 coming from Hebei. Pictured, residents line up to get on a bus in Shijiazhuang’s Gaocheng district to be taken to centralised quarantine centres on January 11

A fourth northern province, Liaoning, has also imposed quarantines and travel restrictions to prevent the virus from further spreading, part of measures being imposed across much of the country to prevent new outbreaks during February’s Lunar New Year holiday.

Authorities have called on citizens not to travel, ordered schools closed a week early and conducted testing on a massive scale.

China’s National Health Commission reported a total of 88,454 cases and 4,635 deaths since coronavirus was first detected in the central city of Wuhan in late 2019. China does not include people who test positive but have no symptoms in its count.

A multinational team of investigators from the World Health Organization are currently in Wuhan undergoing two weeks of quarantine before beginning field visits in hopes of gaining clues into the origins of the pandemic that has now killed more than two million people.