In the firing line: BBC Springwatch host Chris Packham is targeted by 100 protesters over his ‘disgraceful’ call to ban grouse shoots

Protesters have accused TV naturalist Chris Packham of a ‘disgraceful’ attack on country livelihoods over his call for a ban on grouse shooting.

They claimed he had ‘wilfully’ twisted facts and science as they staged a demonstration outside a talk he gave.

Around 100 protesters from the Campaign for the Protection of Moorland Communities waved placards and banners with slogans including ‘Chris Packham: Ignoring science since 4 May, 1961 [his birthday]’.

BBC Springwatch host Mr Packham had been giving a talk at the weekend in Harrogate, North Yorkshire, about conservation in the local area. 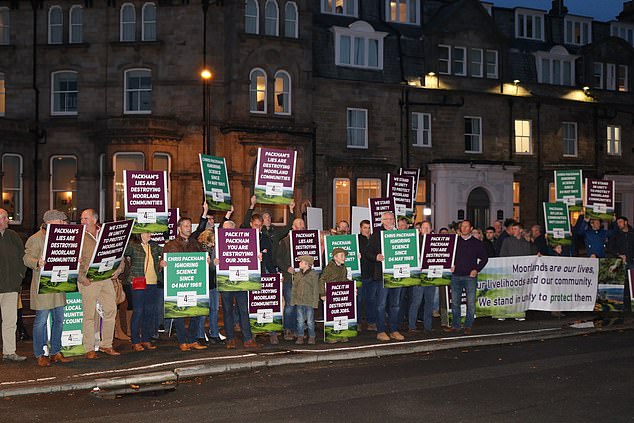 Many have accused TV naturalist Chris Packham of a ‘disgraceful’ attack on country livelihoods over his call for a ban on grouse shooting. Pictured: Countryside protesters hold placards and banners outside venue in Harrogate where he had been giving a talk

In the summer, he set up a petition calling for the end of grouse shooting, which kills 500,000 birds each year from the Glorious Twelfth of August to December 10. More than 100,000 people signed it.

The protest in Harrogate was supported by the Countryside Alliance, which said the benefits to communities of shooting were often ‘overlooked either intentionally or through ignorance’. 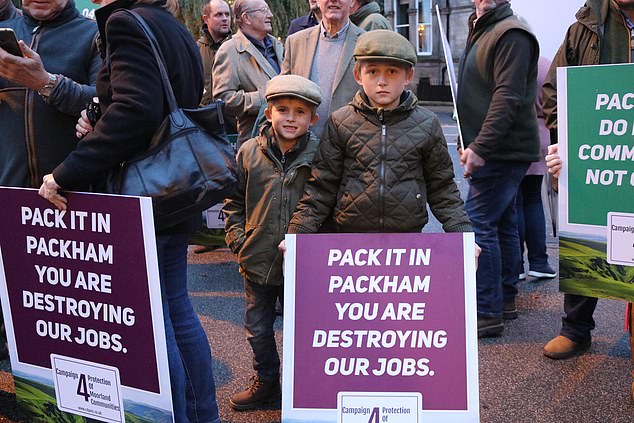 A spokesman for The Campaign for the Protection of Moorland Communities said: ‘The facts are very clear – without grouse shooting these areas would lose millions of pounds in investment each year causing lives and livelihoods to be destroyed, alongside one of Britain’s most unique habitats. 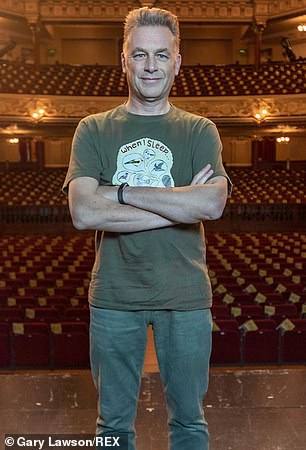 ‘It is disgraceful that a rich celebrity from Hampshire thinks it is OK to dictate to the hard-working people of Yorkshire how we should live our lives.

‘Moorland and other rural communities seem to be the only cultural minority Chris Packham and others think it is OK to abuse. Enough is enough.’

The simple fact is that stopping grouse shooting, or rewilding the moor, could destroy many local businesses, local livelihoods and the very social fabric that makes the moorlands such a wonderful place to live in and to visit.’

Last month the Government said it would review the release of millions of gamebirds into the countryside after the Wild Justice campaign group – which Packham founded – launched a legal challenge, claiming it damaged biodiversity.

Earlier this year, a legal challenge by Wild Justice led to a ban on farmers shooting ‘pest birds’ such as crows and pigeons on their land. 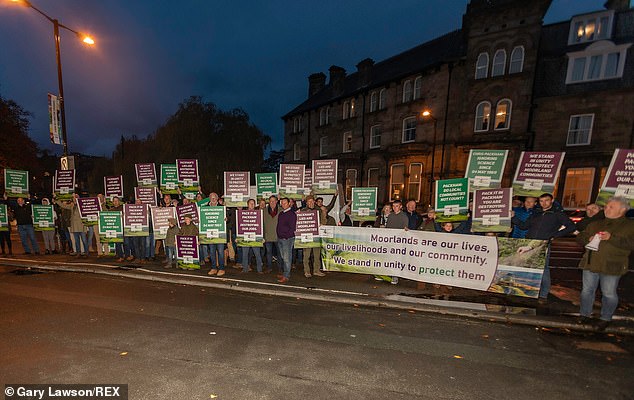 BBC Springwatch host Mr Packham had been giving a talk at the weekend in Harrogate, North Yorkshire, about conservation in the local area when the demonstration happened (pictured)