The Church of England’s first black female bishop has criticised the conclusions of a government report on race and said Britain is not yet ‘a model for other white-majority countries’.

The Rt Rev Rose Hudson-Wilkin, who became the Church of England’s first black female bishop in 2019, voiced her concerns following the release of a 250-page report by the Commission on Race and Ethnic Disparities last week.

The landmark review, which was commissioned in the wake of the Black Lives Matter movement, concluded that the country is no longer a place ‘where the system is deliberately rigged against ethnic minorities’.

The report also said the ‘success of much of the ethnic minority population’ in education and the economy ‘should be regarded as a model for other white-majority countries’.

However Ms Hudson-Wilkin, the Bishop of Dover, said there were ‘serious issues’ with the report’s findings and that Britain would become an example when there was diversity in all areas of leadership. 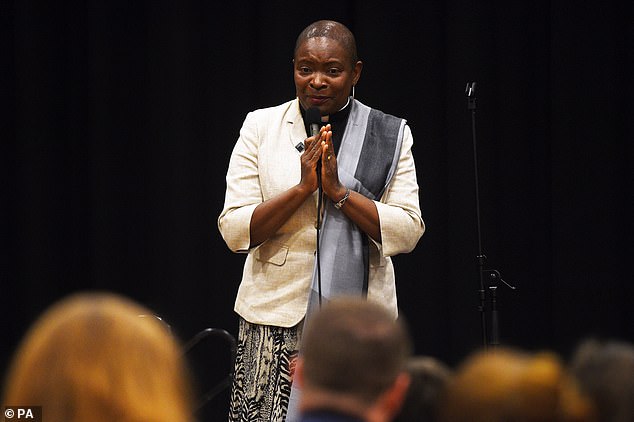 She told ITV’s Good Morning Britain: ‘I think what concerned me most about that report was about this blanket thing that Britain can now be an example to other majority-white people. No, it is not an example.

‘Is it getting some things right? Absolutely yes.

‘But we will become an example when I walk into large establishments, or any establishments, for that matter, and I don’t see black people only sweeping the floors, doing the cleaning and the catering.

‘I will know when I see black people sitting around every table up and down this land.

‘When I see black people in leadership in all walks of life, then we will be able to say – and I will happily say that Britain can become a model country.

‘We are not there yet so please let’s not kid ourselves.

‘Do we have issues in relation to families, absolutely.  This is right across the border and I’ve always said every time the government creates a law that they ought to have a department for the family.

‘The building block of the community where they check everything through that. How does this law impact on family life?

‘I think there are serious issues around that report if it is telling us we are now a model (country).’

Ms Hudson-Wilkin also said tackling the subject of race required a ‘multi-disciplinary approach’ and that the Government could not use this report to ‘wash its hands of this problem.’

She told The Church Times: ‘Do we have a problem concerning families? Yes, I believe we do, but this will not be fixed by simply blaming the families — it needs a multi-disciplinary approach. 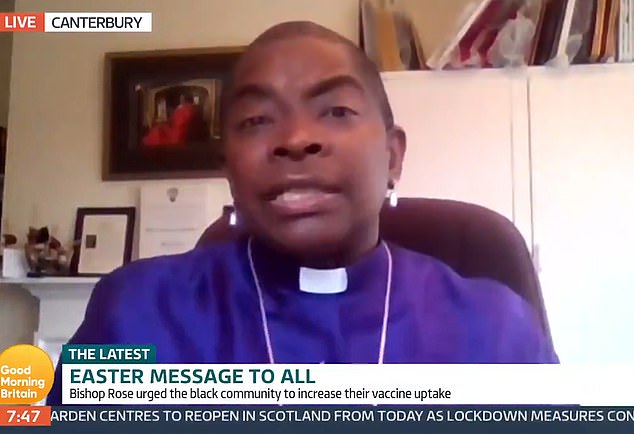 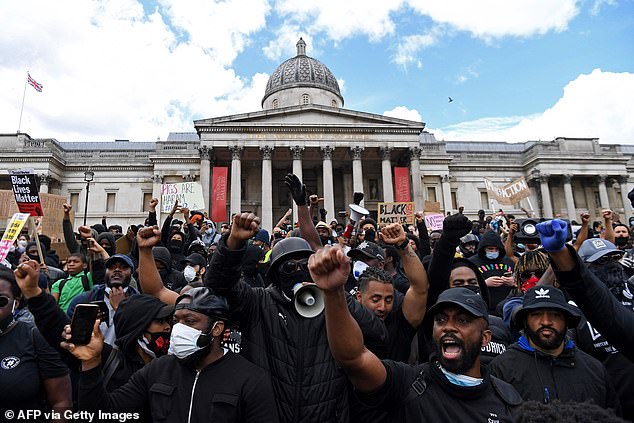 ‘This is way beyond ”Physician, heal thyself”;. I know we are in Holy Week, but the Government cannot ”do a Pilate” and use this report to wash its hands of this problem.’ 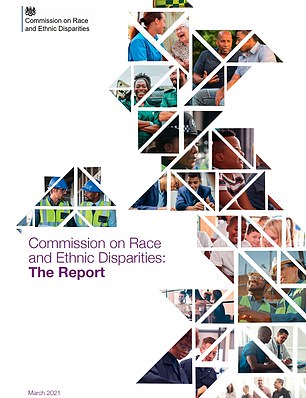 The Commission on Race and Ethnic Disparities insisted racism is a ‘real force’ in Britain and must be tackled, while hailing progress over recent decades

Last week, the report published by the Commission on Race and Ethnic Disparities said racism is a ‘real force’ in Britain and must be tackled, while hailing the country’s ‘model’ progress over recent decades.

The report – which was criticised as an ‘insult’, ‘whitewash’ and ‘disgraceful sham’ by Labour MPs – said in terms of overall numbers white boys from low income families were the most disadvantaged.

It also hit out at the ‘casual’ use of the term ‘institutional racism’, saying there was little evidence to support the claims.

The report also said the term ‘racism’ was often ‘misapplied’ to ‘account for every observed disparity’ – suggesting that firms should ‘move away from’ unconscious bias training.

But it has since attracted criticism for being ‘culturally deaf’ and out of step with public opinion.

Ms Hudson-Wilkin added: ‘One of the dangers… when some of us have achieved and attained certain heights, whatever those heights may be, we run the danger of thinking it’s all well.

‘It is not and we should never mistake the fact that we have attained something to think that it is perfectly all right.’

At a glance: What does the landmark review recommend?

Body cameras: There should be a ‘strong presumption’ that all police body-worn video cameras will be switched on during stop and search. Officers who do not turn on their camera should be required to provide a written explanation as to why it was not switched on.

Police training: Provide de-escalation training to all new police officers and improve training to increase the efficacy of stop and search.

Unconscious bias training: Organisations should ‘move away from’ the training in favour of employee sponsorship schemes and routine skills support for all employees.

Pay disparities: All employers that publish ethnicity pay data should also publish a ‘diagnosis and action plan’ to set out how they will improve the situation.

Office for Health Disparities: Set up a new independent body to work alongside the NHS to improve healthy life expectancy across the UK and in all groups.

Drug possession: Young people with ‘low level Class B drug possession’ should be diverted away from the criminal justice system. Offenders would be offered ‘public health solutions’ instead.

Longer school day: Education Secretary should ‘urgently consider phasing in an extended school day’, with the most disadvantaged areas and communities prioritised.

National curriculum: Should be updated to make it more ‘inclusive’ and to ‘tell the multiple, nuanced stories of the contributions made by different groups that have made this country the one it is today’.

Police recruitment: London policy of recruiting locally should be rolled out to all police forces in England and Wales to create police workforces that ‘represent the communities they serve’.

BAME: The Government should ‘move away’ from using the BAME acronym ‘to better focus on understanding disparities and outcomes for specific ethnic groups’.