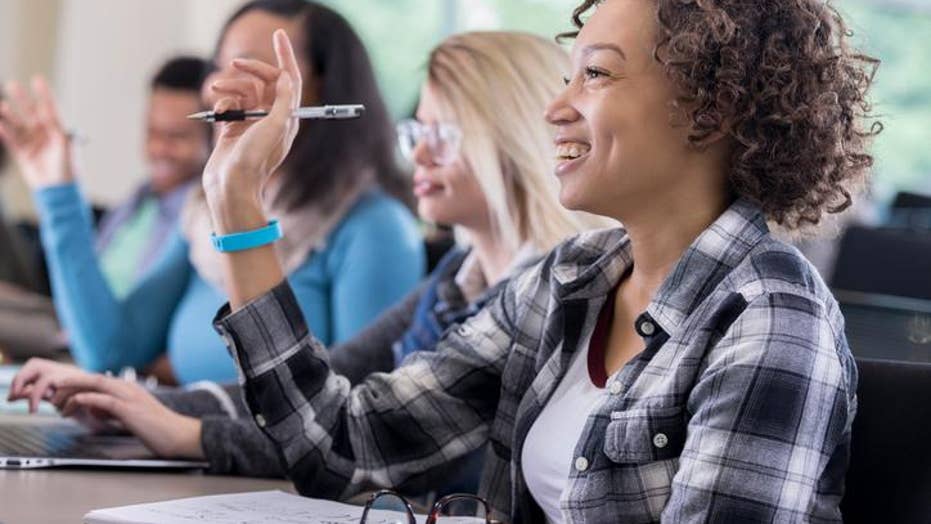 Higher education reform: What that means for students

Republican lawmakers are looking to change higher education in America. From student loans to apprenticeship programs, here’s a look at the key issues that could be impacted.

As first reported in Campus Reform, Sirry Alang, associate professor of Sociology at Lehigh University, tweeted that "Pence is the ultimate gaslighter" and that "most of us know abusers like Trump and abusers like Pence."

She also tweeted that the "devil, satan, lucifer, the serpent that deceived Eve, the father of all liars, should be taking lying lessons from Mike Pence."

Sami Schalk, an associate professor of gender and women’s studies at the University of Wisconsin-Madison, tweeted amid other criticisms of Pence, "this racist fu—– piece of sh–."

Lora Burnett, a history professor at Collin College, tweeted that the moderator "needs to talk over Mike Pence until he shuts his little demon mouth up."

Despite the harsh criticism, Burnett said her political commentary has never interfered with her ability to teach in an unbiased way.

"Throughout the entire time I have been on Twitter, my conservative students and liberal students, my Christian fundamentalist and Islamic fundamentalist students, my liberal Christian and liberal Islamic students, my Hindu students of various political perspectives, and my atheist or agnostic or pagan students have always been comfortable in my classes, as my teaching evaluations from my past and current employers can attest," she told Fox News. "If I disappoint any students, it is probably my Leftist / Marxist students, since I tend to disagree with a Marxist approach to historical analysis."

Alang and Schalk did not respond to a request for comment.

Research shows that college professors, in general, lean to the left.

A 2016 study in Econ Journal Watch looked at voter registration data of professors at 40 leading U.S. universities in the fields of economics, history, journalism/communications, law and psychology.

COLLEGES STRUGGLE TO CONTAIN CORONAVIRUS DUE TO PARTY CULTURE

Samuel J. Abrams, a professor of politics at Sarah Lawrence College, surveyed administrators nationwide in 2018 and found that just 6% of "student-facing" staffers identify as conservative, while 71% identify as liberal or very liberal.

"Their ideological imbalance, coupled with their agenda-setting power, threatens the free and open exchange of ideas, which is precisely what we need to protect in higher education in these politically polarized times," Abrams wrote in the New York Times.

Despite these imbalances, Burnett said that her political views never have impacted the way students work in her classes. "They feel comfortable submitting the work because they know they will be graded fairly."

There is evidence, however, that imbalance leads to self-censoring at some schools.

A survey released earlier this year of undergraduates at the University of North Carolina at Chapel Hill found that more than two-thirds, 67.9%, of conservative students have self-censored in the classroom because of their political beliefs. Only 24.1% of self-identified liberals reported self-censoring.

These feelings transitioned outside the classroom also, as conservative students were most concerned about critical comments on social media.