A CONVICTED sex offender who was accused of abusing an infant boy so badly that he could have been paralyzed has been released from bail.

Chris Garcia was arrested last week on a charge of aggravated child abuse and walked free on bail just days later, according to WKMG. 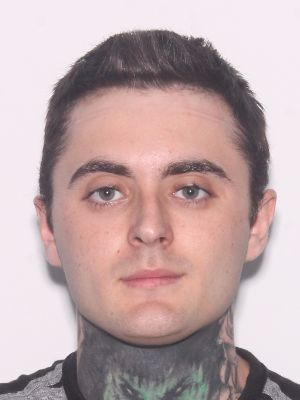 The 23-year-old registered sex offender was bonded out of Orange County Jail in Florida.

Deputies with the Orange County Sheriff’s Office said the boy sustained multiple injuries all over his body.

The boy, who was taken to a hospital on August 9, had injuries so severe that he could have become paralyzed or died, doctors said.

Doctors also found the infant had suffered a loss of brain tissue.

According to police, the boy's mom alleged that the boy's visible injuries appeared after Garcia offered to give him a bath.

Following the bath, she claimed to have noticed bruises on the boy's face – which she alleged Garcia said a baby bottle fallen onto the boy.

Police said the mom took her son to the hospital after a dispute with Garcia.

Records show that when the boy was in the hospital, Garcia told the infant's mom to "make something up" about his injuries.

Garcia also gave conflicting statements about what led up to the hospital visit, deputies said.

He alleged that the child's mom and him gave the boy a bath together.

The age of the boy has not been revealed, but the police report suggests he is an infant and had a recently missed doctor's appointment.

The appointment was reportedly set for when the boy turned one month old.

In 2013, Garcia was convicted of lewd or lascivious molestation of a child under the age of 12, public records state.