COPS were forced to break up a 'Come Dine With Me' style dinner party after six women were caught breaking coronavirus lockdown rules.

Humberside Police busted the illegal bash on Saturday after one of the women posted an invitation to the Channel 4-inspired do online. 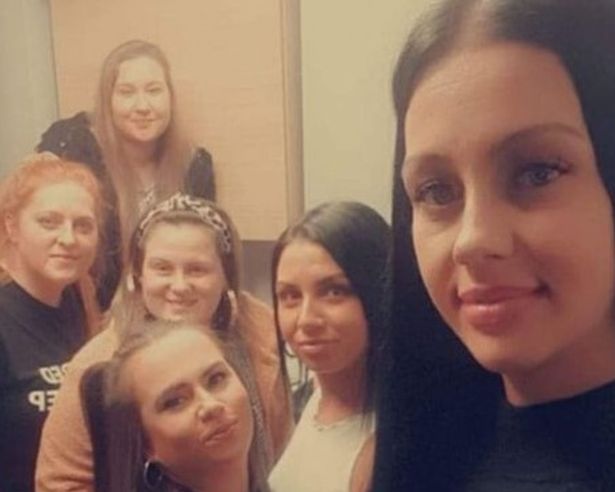 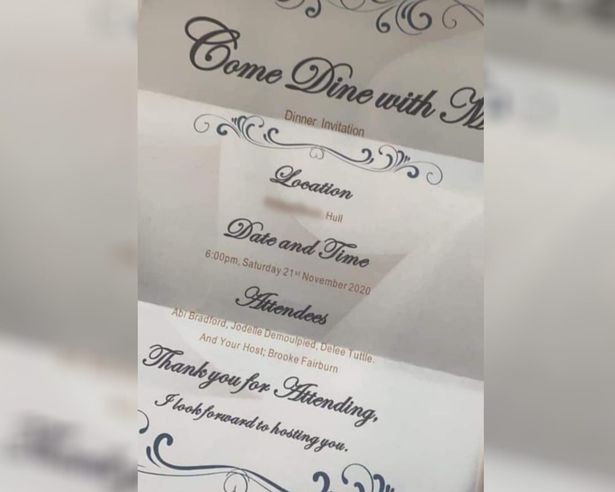 Brooke Fairburn from Hull shared a picture of the dinner invitation on Facebook, detailing the time, place and names of the guests attending.

She captioned the post: "Come dine with me crew coming for you.. two new members two day benders!"

The invitation said "Abi Bradford, Jodelle Demoulpied, Delee Tuttle and your host Brooke Fairburn" would meet up at a house in north Hull from 6pm on Saturday, November 21, Hull Live reports.

'LOOK FORWARD TO HOSTING YOU'

Signing it off, Ms Fairburn wrote: "Thank you for attending, I look forward to hosting you."

A selfie posted during the bash also showed six women huddled together inside before cops were called.

And two people not listed on the invitation – Shawnee Tasker and Paige Dyson – were tagged in the snap.

Humberside Police confirmed officers attended, three and a half hours after the event started.

The women were "very cooperative", the force said, and left the property "without the need for enforcement", which can come with fines up to £10,000.

It comes as Hull continues to be one of the country's most Covid ravished areas and since November 5, it has been illegal to meet people from another household indoors in England.

One person who had seen the posts, but did not want to be named, called the event an "utter disgrace".

They said: "It's pretty obvious to be honest. Things like this are the reason the infection rate is going up.

"Just do as you're told and we can get back to a bit more of normality faster."

Another critic posted: "This hits a nerve on a whole different level. Pure and utter selfishness!"

Meanwhile, attendee Jodelle Demoulpied told them: "You worry about yourself and I'll worry about myself."

Host Brooke reportedly called the allegations "a load of s***" at first and said "it was before lockdown", but did not respond further when faced with an image of the invitation with her name on.

One guest, Paige, who had not been named on the invite but was tagged in the image posted on Facebook, also initially said it was from "last year" before confirming that it was her name tagged in the photo.

She told Hull Live: "I'd love to be spending my Sunday mornings trying to work… But I'm waiting on my big fat breakfast because I am rough."

The other guests did not immediately respond to requests for comment.

In a statement, a spokeswoman for Humberside Police said: "Officers attended a property on York Road, Hull just before 9.30pm on Saturday 21 November, following a report of a group breaching the Covid-19 regulations surrounding gatherings and people mixing.

"Upon attendance, our officers followed the approach of engaging with the group, explaining the regulations and encouraging them to follow them. The women at the property were very cooperative and left the property without the need for enforcement.

"It is absolutely critical that everyone continues to follow the regulations set out to keep people safe and stop the spread of the virus.

"If you do witness any clear breaches of the Covid-regulations, these can be reported by calling our non-emergency number 101."

It comes after 550 new coronavirus cases were confirmed in Hull and East Yorkshire over the weekend.

So far, over 300 people have died after testing positive for Covid-19 at either Hull Royal Infirmary or Castle Hill Hospital.