Police are looking for a man who appeared to point a pistol at a Fox News TV crew while they were filming a segment on gun violence in Chicago.

Fox 32 Chicago said it was broadcasting live in the River North neighborhood when the man slipped into view from behind pointing what looked like a gun behind reporter Joanie Lum.

The man quickly jumped in front of the camera, moving too quickly for the camera to focus on the object, before side-stepping down the street.

Holding the item in the air a second time, he then skipped further down the street and out of view.

The incident occurred at around 7am on Wednsday, at the corner of Clark and Hubbard while Fox was filming its ‘Good Day Chicago’ news segment.

Lum was reporting on the city’s rise in gun-related crime, where shooting incidents had increased by 66% from 2019 to 2021. 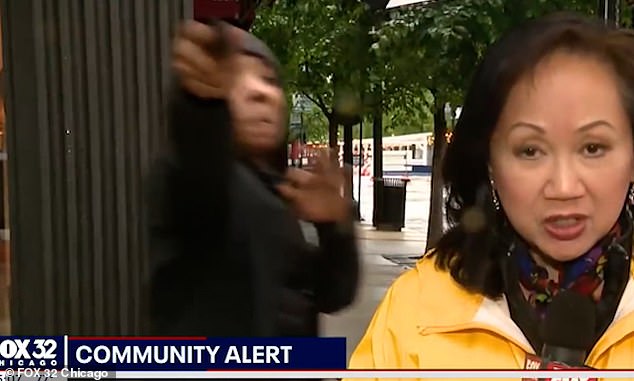 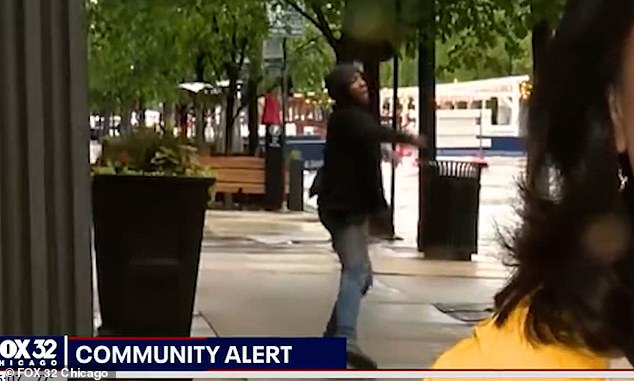 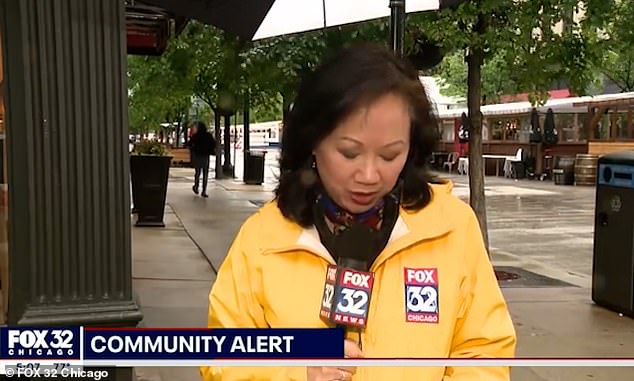 Fox thanked viewers who wrote in asking if the crew was unhurt. It said both Lum and her photographer were safe

Police are asking for help identifying the man, described as being between 18 and 25, standing 5 feet 6 and 5 feet 8 inches tall with a thin build, and weighing 130 to 150 pounds.

Fox thanked viewers who wrote in asking if the crew was unhurt. It said both Lum and her photographer were safe.

As the footage was not clear, social media users questioned whether the man had drawn a gun on live TV – with some suggesting the item could have been a remote control or another similar household object, held as though it were a weapon.

Chicago police can be contacted with information regarding the suspect on 312-744-8261. 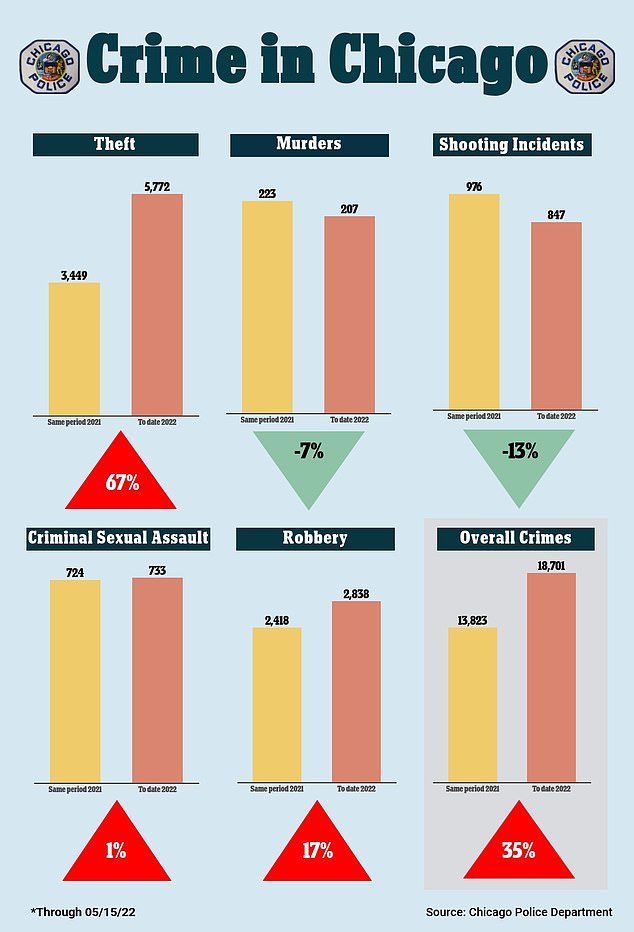 The city’s murder rate went up by 60% between 2019 and 2021 according to the Chicago Police Department.

Theft had also gone up by 21% in the year before December 2021, with criminal sexual assault up 27% over the same period.

And the number of crimes, ranging from robbery to aggravated battery, is now higher than the same point in 2021.

On Thursday May 19, a shooting near Chicago’s Magnificent Mile shopping district left two people dead and seven injured outside a fast food restaurant.

The trend in crime is causing problems for Chicago, which saw tourists virtually disappear during the Covid-19 pandemic and now is eager to draw back crowds.

The Chicago Loop Alliance, a membership organization for businesses, said pedestrian traffic downtown is recovering but still around 65 per cent compared to a typical year prior to 2020.

Demand for hotel rooms in the Loop, the city’s business district, remained below pre-pandemic figures in March but far exceeded the same time last year — about 64 per cent this year compared to 36 percent in 2021. 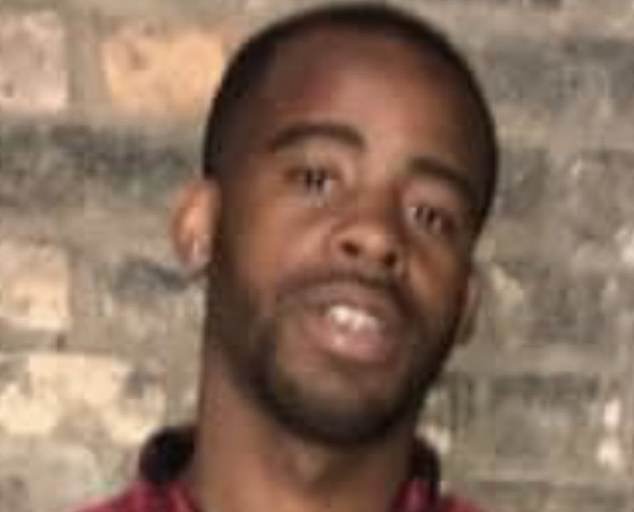 Antonio Wade, 30, a father of two, was awaiting twins when he was fatally shot at the fast food restaurant two days ago 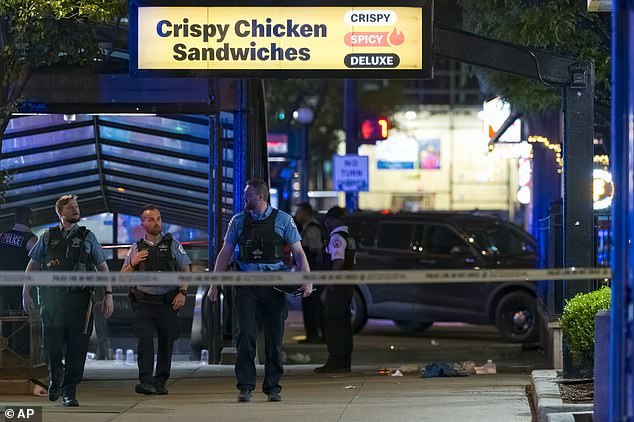 Chicago blocked access to the McDonalds shortly after shooting, as debris can be seen nearby