POLICE say they won't arrest the Snapchat idiot who filmed herself hanging out of a car racing at "110mph" – as they "can't arrest people for fun".

The unnamed woman fell into the road as the car sped along the Surrey stretch of the M25 on Saturday morning. 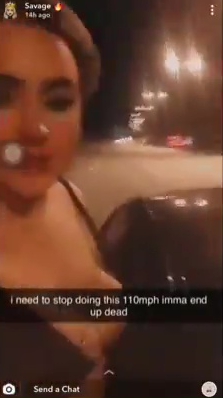 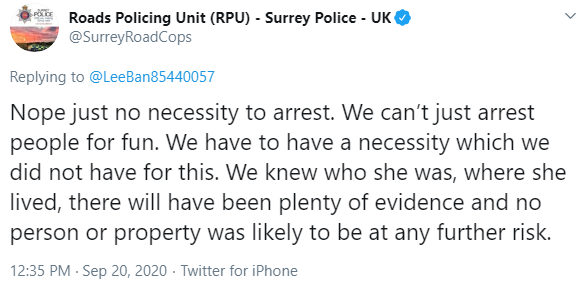 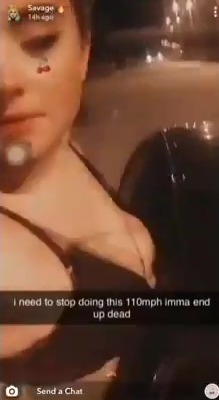 Cops have since been berated online after confirming they have not arrested the injured woman despite knowing who she is.

"We have to have a necessity which we did not have for this.

"We knew who she was, where she lived, there will have been plenty of evidence and no person or property was likely to be at any further risk."

Before she tumbled out of the car, the woman filmed her extremely dangerous stunt.

The Snapchat video shows her sitting outside the car's window as it speeds along the road.

The woman, who somehow escaped serious injury, was treated at the scene by paramedics.

One outraged person on social media wrote: "No arrests have been made. Is she the chief of police daughter or some civil servant's sister.

"Why wasn't she sent to court and made to do community service or arrested on the scene. Then others will think its ok to do it."

Surrey Police suggested some form of action had been taken, after tweeting out the details of the horror accident, saying: “It is only by luck she wasn’t seriously injured or killed.”

The officers added: "The front seat passenger was hanging out the car whilst filming a Snapchat video along the M25.

"She then fell out the car and into a live lane."

One Twitter user responded: “Should be made to pay for the closure of the road, the police and highways.”

Another wrote: “Had she been hit, the poor driver who hit her would have to live with that for the rest of their life.”

What reasons do police need to arrest?

When the police have reason to suspect that someone may have committed a crime, s24 Police and Criminal Evidence Act 1984 (PACE) specifies that an officer can only arrest if (s)he has reasonable grounds for believing that it is necessary to arrest for one of a number of specified reasons.

The main reasons include if they have reasonable grounds to believe it is necessary to arrest someone to stop them: causing physical injury to themselves or any other person; suffering physical injury; causing loss of or damage to property. 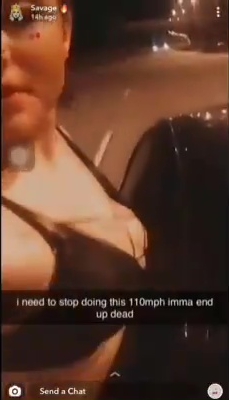 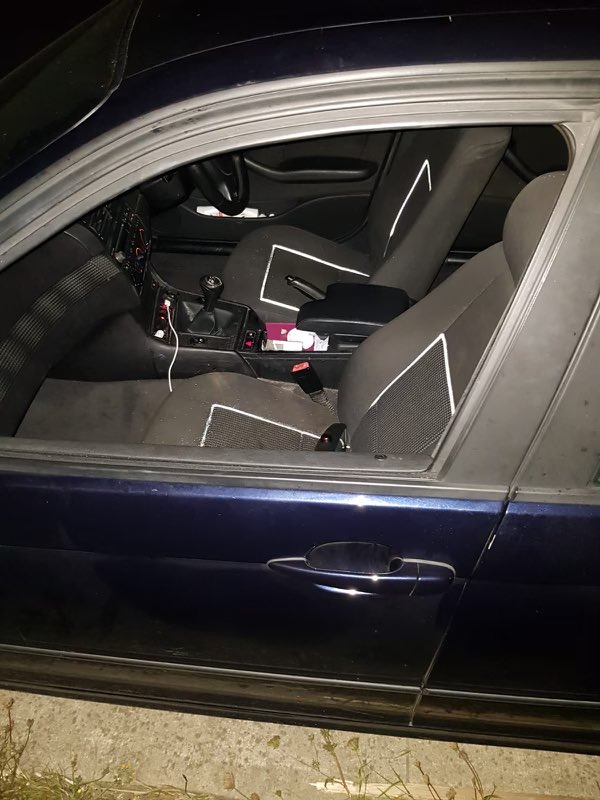