Coroner blasts doctor for ‘neglecting’ diabetic girl, 15, who died just hours after she was told she had an ear infection when she should have been rushed straight to hospital 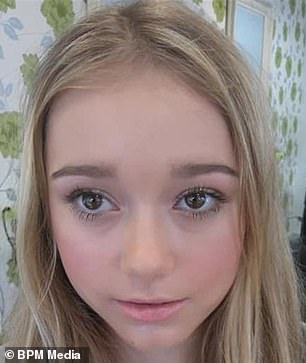 Rosie Umney, 15, died in July 2018 after going into diabetic ketoacidosis

A teenage girl who died hours after she was told by a GP she had an ear infection should have ‘been sent to hospital immediately’, a coroner ruled today.

Rosie Umney, from Herne Bay in Kent, was taken to her doctors’ surgery after vomiting, hyperventilating and struggling to walk.

The 15-year-old had type one diabetes, but Dr Sadaf Mangi failed to recognise Rosie was showing symptoms of ketoacidosis – a potentially life-threatening condition which can affect people with diabetes if their body starts to run out of insulin.

A diabetic should be sent to hospital if they show such symptoms – but Dr Mangi instead sent Rosie home and she died later that night.

The doctor also did not undertake any blood sugar or uribe ketone measurements and assistant coroner James Dillon made a finding of neglect over the issues.

Speaking after the inquest today, Rosie’s parents said their beloved daughter ‘had her whole life ahead of her’ and said she should have been sent to hospital. 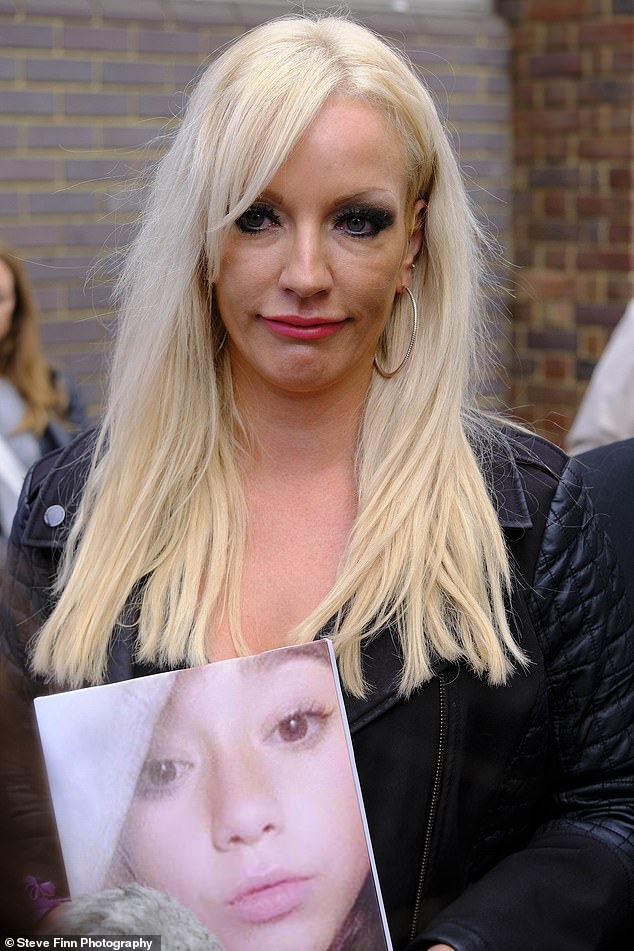 Georgina Umney, pictured outside the hearing today, described Rosie as ‘beautiful, kind and caring’, and told the inquest her daughter had plans to go to university 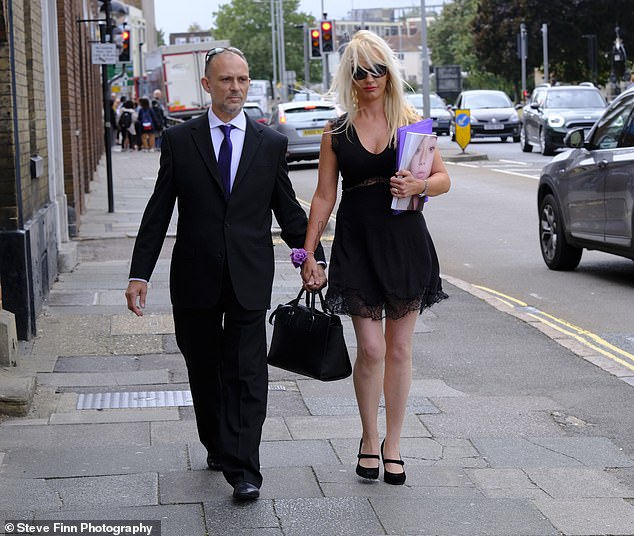 Rosie’s parents, hairdresser Georgina Umney and pipe fitter Lee Hubble arriving at the inquest today. They said their ‘beloved daughter’ ‘had her whole life ahead of her’

Rosie had been feeling seriously ill during the afternoon of July 2, 2018 and her granddad Michael Umney was called to her school to take her home while her parents were at work.

Later that evening Rosie was hyperventilating, had a pain in her side, was sick and had reflux, which she had never experienced.

Diabetic ketoacidosis (DKA) is a dangerous build up of chemicals in the body if someone begins to run out of insulin.

Insulin is a hormone which the body uses to absorb sugar to be used for muscle energy, but people with diabetes often do not produce enough.

When they begin to run out, the body desperately starts to break down fat to obtain energy. This can called a build-up of chemicals called ketones which are released when fat is digested.

As ketones build up to cause DKA they can begin to cause frequent urination, vomiting, stomach pain, acidic-smelling breath, breathing problems, sleepiness and confusion.

If left untreated the patient can pass out or even die in extreme circumstances.

It can affect either type 1 or type 2 diabetics and may be triggered by certain infections, heavy drinking or drug use, or missing doses of insulin.

Anyone who suspects they have the condition should phone 111 or try to see a doctor. If suffering from serious symptoms they should go to A&E.

Although her mother had booked a GP appointment for Rosie the following morning, they booked an emergency appointment and took her to the William Street Surgery, having to assist her to into the car.

Once there, another woman who was waiting saw the condition Rosie was in, and suggested that the teenager see the doctor before her.

Rosie was examined by Dr Sadaf Mangi, and finding she had a heart rate of 140 beats per minute, said she was suffering from an ear infection and gave her a prescription for some medicine.

But paramedics were called to Rosie’s home at 1.10am on July 3, after her father found her lying on the living room floor.

They took two blood sugar tests from her earlobe and finger which were so high that the machine was unable to provide a figure.

The inquest was told the paramedic said one of the machines was wrong.

Rosie stopped breathing and went into cardiac arrest at around 1.30am.

She died at hospital at the Queen Elizabeth Hospital in Margate, Kent at 2.10am.

After the inquest a statement was read out on behalf of Rosie’s parents, hairdresser Georgina Umney and pipe fitter Lee Hubble.

Her mother described Rosie as ‘beautiful, kind and caring’, and told the inquest her daughter had plans to go to university.

In the statement, her parents added: ‘We are pleased with the outcome.  Rosie should have been sent straight to hospital.’

They said they hoped lessons would be learnt from the findings so similar incidents did not happen again.

An earlier inquest heard Rosie’s grandfather only found out his granddaughter had died when he overheard someone say on a police radio that the ‘little girl has died’.

Speaking at a hearing in February, Michael Umney said: ‘I still blame myself for her death as it was my decision to take her to the doctor’s and not to the A&E.’ 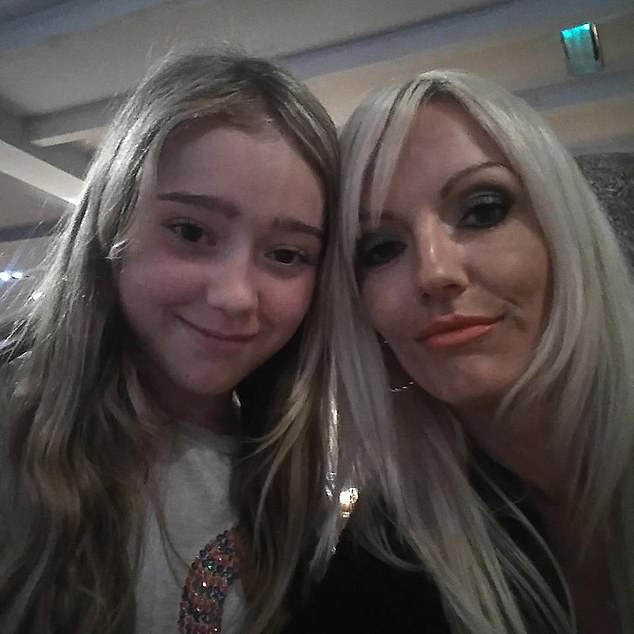 Rosie Umney, left with her mother, was taken to her doctors’ surgery after vomiting, hyperventilating and struggling to walk. She was sent home with an ear infection but died hours later 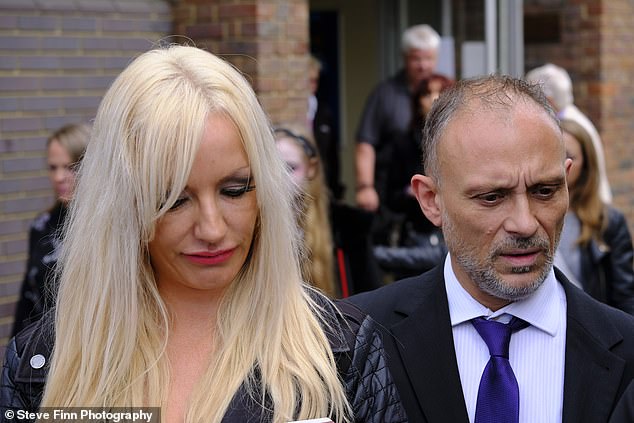 Today assistant coroner Mr Dillon gave the medical cause of death as diabetic ketoacidosis. He recorded a narrative conclusion.

Mr Dillon said: ‘Rosie died on July 3. She had been admitted by emergency ambulance during the early hours of the morning.

‘It was established she was in an advanced state of Diabetic Ketoacidosis. Her condition was not retrievable and she passed away in hospital.

‘There is evidence that she was non-compliant with the monitoring and treatment regime for her diabetes, including that her blood sugar may not have been used for some days prior to July 2.

‘Rosie attended her GP surgery on the afternoon of the second of July.

‘The GP did not send her to hospital, guidelines including those issued by NICE would have led the GP go send Rosie to hospital.

‘The GP did not conduct any independent blood sugar or undone ketone measurements.’

He said because of that, he made a finding of neglect.

During the inquest he said Dr Mangi did apologise to the family and accepted she did not follow the guidelines.