Victoria’s coroner has called for all bar staff to receive training in the safe restraint of patrons following the death of Earthcore festival founder Spiros Boursino in a Melbourne venue after he was held down during a psychotic episode.

Releasing her findings on Tuesday into the death of the 45-year-old, coroner Jacqui Hawkins also called for significant changes to the way the people are trained in the responsible service of alcohol. 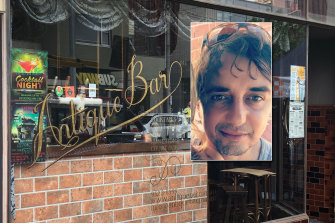 Mr Boursinos, who also went by the name Spiro Boursine, died while being restrained at the Antique Bar in Elsternwick amid a drug-induced psychotic episode in October 2018.

Ms Hawkins said bar staff who restrained Mr Boursinos during the incident were left vulnerable as they did not have the skills to safely stop him from hurting himself or others.

“While security guards and crowd controllers are required to undertake training in conflict resolution, safe restraining holds and risks of physical restraint, bartenders are not,” she wrote in her findings.

A key figure in the electronic bush doof scene, Mr Boursinos had been celebrating at the bar after securing a new site for his long-running but troubled festival in Anglesea. 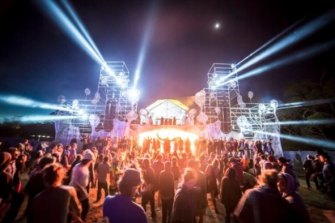 By around 2am, he began acting erratically, calling triple zero numerous times and telling operators he was about to be killed.

He then grabbed a broken glass before being restrained, by two staff and a patron, face down on the floor with the weight of one of the men on top of him.

Police were called to the bar, however, by the time they arrived Mr Boursinos was already unconscious.

Ms Hawkins found the 45-year-old had consumed cocaine at the time while also suffering from coronary artery disease.

The coroner said his death highlighted the risks posed when bar staff did not have sufficient training in how to manage or physically restrain a person having a mental health episode, or under the influence of drugs or alcohol.

To ensure the safety of patrons and staff at licensed venues, Ms Hawkins has called on the Department of Justice to amend responsible service of alcohol training to include information on how to recognise and manage a person experiencing a mental health or drug-related episode, and the dangers and risks associated with physical restraints.

Ms Hawkins is also calling on the Victorian Commission for Gambling and Liquor Regulation to produce a safety guide for all licensed bar owners highlighting the risks and dangers associated with people with mental health episodes and aggressive behaviours, and the risks associated with physical restraint.

During an inquest into the death last month, a police officer who investigated the case told the court that after reviewing the evidence, the circumstances did not meet the threshold to lay criminal charges against those who restrained Mr Boursinos.

However, he acknowledged that the bar staff were “under-equipped to understand what they were dealing with and deal with it as effectively as they could have”.