What to know: About 20 to 30 minutes after the suspected gunman killed 10 people at Star Ballroom Dance Studio in Monterey Park, California, 72-year-old Huu Can Tran entered Lai Lai Ballroom & Dance Studio in Alhambra, California, with a gun and likely intending to shoot again, according to Los Angeles County Sheriff Robert Luna. Two individuals at Lai Lai wrestled the firearm from the suspect, and he fled in a white van, according to Luna.

What police say: Tran was discovered in a white van in the nearby town of Torrance, California, where authorities found him dead of a self-inflicted gunshot. The two individuals who disarmed the gunman prevented additional carnage, Luna said. "He was disarmed by two community members who I consider heroes because they saved lives. This could have been much worse."

Still unknown: Authorities have yet to discover a possible motive for the violence, including whether the shooting could have been a hate crime. "We want to know how something this awful can happen," Luna said. 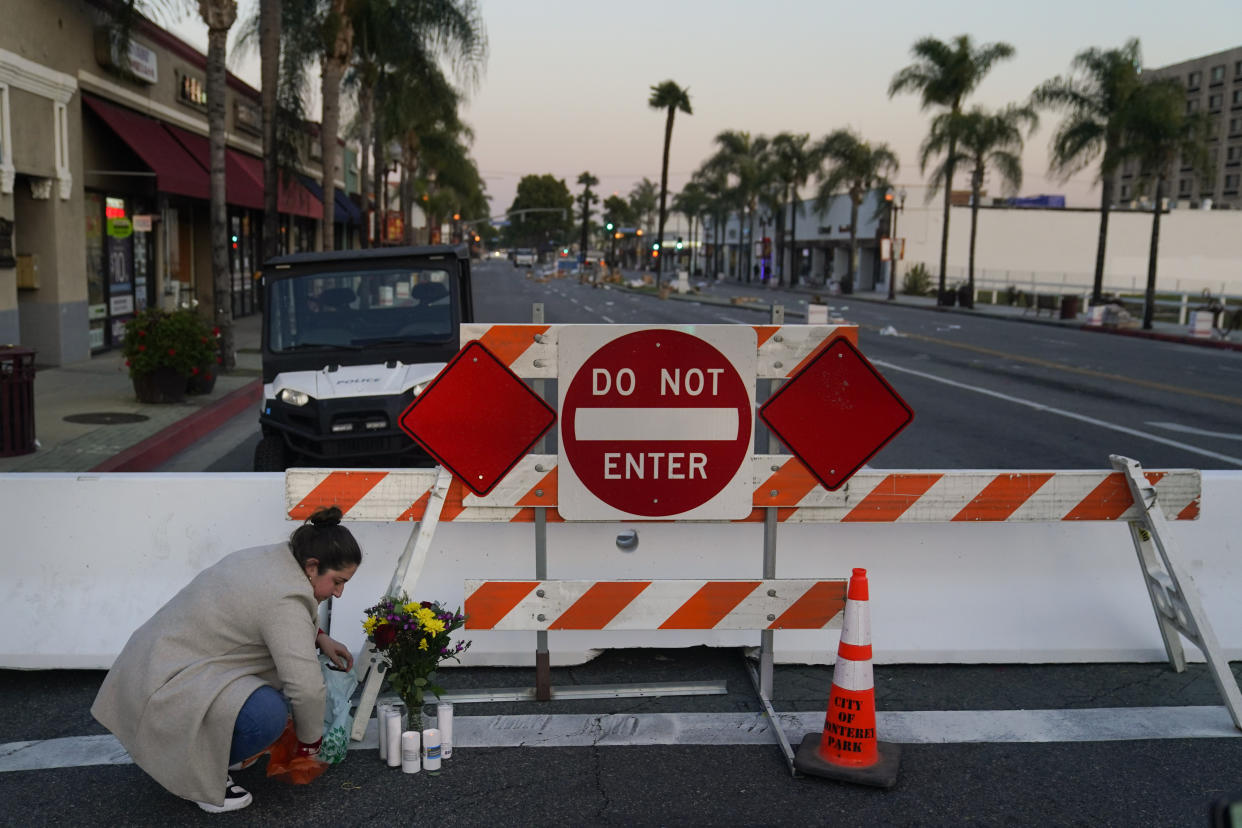 Witnesses at the Lai Lai ballroom in Alhambra, about two miles away from the Monterey Park dance studio, reported seeing the shooter flee to a white van, according to authorities. A similar van was at the site of law enforcement action in Torrance, California, Sunday afternoon, where authorities discovered Tran, who had died by suicide.

Tran was likely intending to shoot more people when he entered Lai Lai Ballroom & Dance, according to Luna.

"The suspect walked in there, probably with the intent to kill more people, and two brave community members decided they were going to jump into action and disarm him," he said.

Police discovered a "magazine-fed semiautomatic assault pistol" with an attached large-capacity magazine at the Alhambra studio, according to Luna.

The Alhambra ballroom was closed on Sunday in light of the shooting in Monterey Park, according to a Facebook post on Sunday.

“In observance of the tragedy at Star Dance last night, Lai Lai Ballroom will be closed today," the post read. "Lai Lai will reopen Monday for lessons only. As an extra precaution, all students and teachers are subject to search prior to entering the studio. Our prayers go out to all the victims families."

The city of Alhambra praised the bravery of those at the ballroom who disarmed the gunman and prevented further carnage.

“We send our thoughts and prayers to the victims. We thank the individuals who stepped up to help and prevent further injury," the city wrote in a news release Sunday. "We also acknowledge those who stepped in here in Alhambra to disarm an individual threatening our own community."

This article originally appeared on USA TODAY: Monterey Park shooter was disarmed by two 'heroes' at nearby studio