A COUPLE were forced to leave the water by police after apparently romping in front of beach-goers — including young children.

The frisky pair were caught on camera as they appeared to be having a beach-side bonk in one of the Great Lakes in Ohio, USA.

The randy couple had waded into the lake in Fairport Park for what they thought was a private moment.

But in footage recorded by a shocked sunbather on Saturday they can be seen apparently going at it hammer and tongs without a care in the world.

Meanwhile young children are playing in the water just a few feet away.

But the lifeguard spots the lewd lovers and called the cops.

An officer then arrives on the shoreline and orders them out of the water.

They are then seen making a walk of shame as they approach the cop.

The man filming the spectacle, Jesus Medina, can be heard saying 'uh-ho'.

'ARE YOU SEEING WHAT I'M SEEING?

Posting the footage on Facebook, Medina said: “On Saturday while I was in Fairport Park enjoying a sunny day with the kids, I noticed a couple making some weird movements in the water.

"The lifeguard lady asked me 'are you seeing what I'm seeing?' and I was like, yes I am.

"She pulls out her radio and make the call, and after a few water splashes later Lol, the sheriff comes and pulls them out.

“That is so embarrassing.”

It is not clear if any charges were pressed.

But if brought to court and convicted the couple may face a stiff penalty. 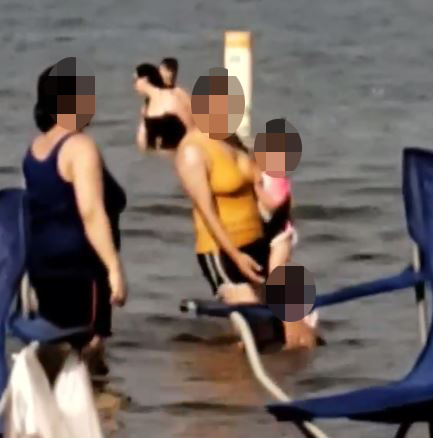 In 2015 Brazen Elissa Alvarez, 20 and her 40-year-old boyfriend Jose Caballero were video-taped romping on the white sands in broad daylight.

The jury took just 15 minutes to find the pair guilty of lewd and lascivious exhibition on Bradenton Beach in Florida, US.

Caballero, who had previous convictions, was jailed for two and a half years while Alvarez was released after being sentenced to time served on remand.

Both had to sign onto the sex offenders register. 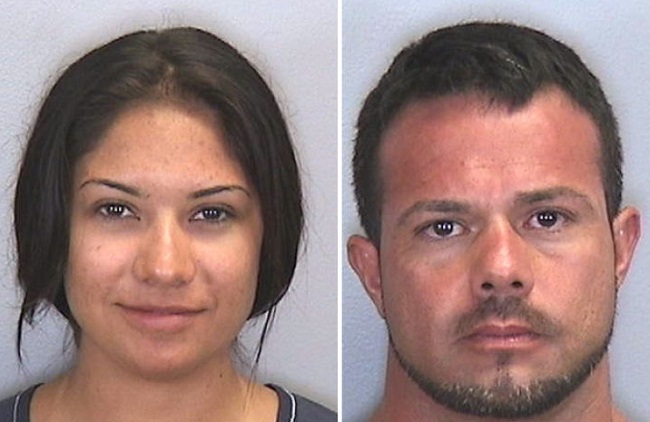