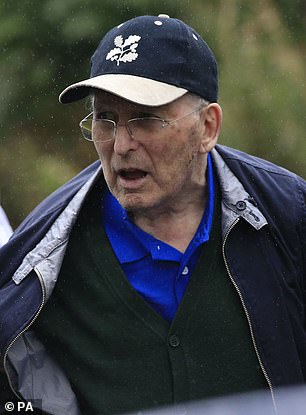 The Crown Prosecution Service will consider charges relating to a former Leicester Police worker over the handling of child sex abuse allegations.

The allegations in question relate specifically to the late Lord Grenville Janner who had been the subject of such allegations, dating back to 1955.

It follows a lengthy investigation by police watchdog the Independent Office for Police Conduct (IOPC).

The IOPC stated that it has decided to ‘refer one individual’ following an inquiry into the conduct of several employees – none of which are not currently serving with the force.

Lord Janner died aged 87 in 2015 after the Crown Prosecution Service (CPS) decided it was not in the public interest to prosecute him.

Beech has since been found guilty of perverting the course of justice and of fraud.

His family have always maintained his innocence and have since said they are ‘winning back’ their fasther’s reputation.

Since Lord Janner’s death, both the original allegations and police and CPS handling of his case have been subject to reviews and investigations.

The Independent Inquiry into Child Sexual Abuse (IICSA) is holding a preliminary hearing into the institutional response to allegations of abuse involving Lord Janner later this month.

A spokesperson for the IOPC said their findings will be discussed with the force in question.

‘Following our investigation into how Leicestershire Police dealt with allegations of child sexual abuse against the late Greville Janner MP between 1990 and 2007, we have decided to refer one individual to the Crown Prosecution Service for consideration of whether criminal proceedings should be brought.

‘Our investigation report has been completed and we have now made our determinations in relation to the conduct of the individuals we investigated, none of whom are serving officers.

‘Our findings will be shared and discussed with the police force, and IICSA has been updated as to the current situation.’

As the matter is still with the IOPC it is not thought that the CPS will yet have had access to the files.

A CPS spokesman said: ‘Once the CPS receives a file of evidence from the IOPC, it will be reviewed to determine whether it is sufficient for a charging decision, or whether further investigation by the IOPC is required.’