Has the Met’s criminal in uniform got NO shame? In a slick video, Ali Dizaei trades on his police career and medal for ‘good conduct’ as his firm pledges help to catch thieves and fraudsters… but makes no mention of his two stints in jail

The slick corporate video portrays him as a respected former Scotland Yard chief who is now an international thief taker.

He heads a successful crime-fighting consultancy, the film suggests, which specialises in ‘risk management, intelligence and investigations’.

And just in case anyone doubts the ex-senior officer’s credentials, the video also includes close-ups of him in his police uniform and footage of him receiving a ‘long service and good conduct’ medal from the then head of the Met, Sir Ian (now Lord) Blair.

But in what can only be described as an extraordinary piece of air-brushing of history, the two-minute long clip makes no mention that the ‘founder and chairman’ of UK-based Covert Security Ltd, Ali Dizaei, is one of Scotland Yard’s most notorious figures – a man branded a ‘criminal in uniform’ by the head of the police watchdog.

It does not refer to the fact that just months after he received his ‘long service and good conduct medal’ from Lord Blair in 2008 he was suspended over misconduct allegations and that he later became the most senior Met officer in decades to be jailed for corruption after being found guilty of misconduct in public office and perverting the course of justice. 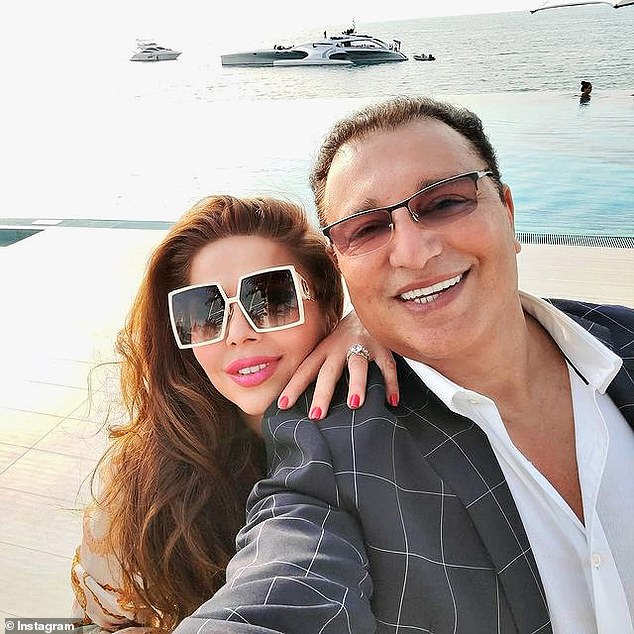 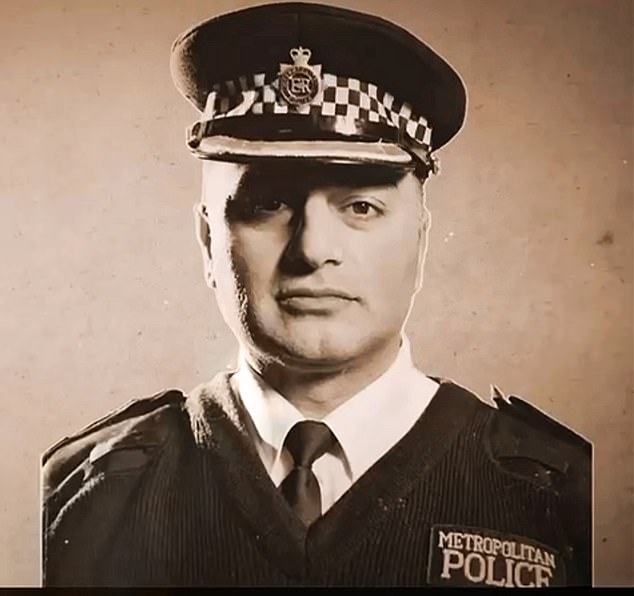 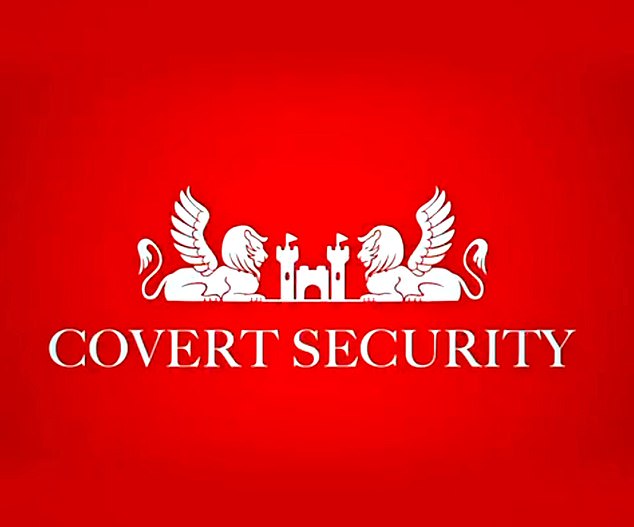 A slick corporate video for his investigations firm, Covert Security, portrays Dizaei as a respected former Scotland Yard chief who is now an international thief taker

Former colleagues of Dizaei, whose facial features and hairline have undergone an intriguing transformation since his days in the Met, reacted with astonishment this week after the extraordinary new video by his company emerged.

One ex-chief superintendent thought the former Met commander was ‘misleading’ potential clients by not referring in any way to his hugely controversial past.

Details of his crime-fighting venture emerged three years after the Daily Mail revealed how the disgraced ex-policeman had reinvented himself as a jet-setting businessman since being released from jail for framing an innocent man.

We disclosed in 2018 how, just six years after he was unanimously found guilty for a second time of perverting the course of justice and misconduct in public office, Dizaei had a portfolio of business interests including an import-export company specialising in his native Iran.

At the time, he was living in a beautifully appointed, rented £5million house in one of the most exclusive neighbourhoods in Surrey, popular with A-list celebrities and sports stars.

On the drive in the summer of 2018 could be found Dizaei’s £200,000 Rolls-Royce Phantom Drophead convertible with an eye-catching personalised number-plate. He has since upgraded the vehicle.

Now Dizaei’s investigations company, which has a number of wealthy clients in the Middle East and whose consultants have included a former Met Assistant Commissioner and an ex-senior figure in the British security services, appears to be providing him with a lucrative line of work.

Dozens of pictures on his wife Shaham’s Instagram and Facebook accounts have given a day-by-day account of their incredible lifestyle including regular updates from Dubai – one of their favourite haunts.

The new film promoting the services of Covert Security Ltd, incorporated in 2014, proudly boasts of its ability to ‘help victims find thieves and fraudsters around the world’.

Intriguingly, it adds: ‘Not only does the company have the ability to trace and locate these individuals and the stolen assets, but it also helps clients reclaim those assets across all jurisdictions’.

Dizaei’s company also claims to have a ‘global network of the best and most experienced attorneys at law working hand in hand with its investigators’.

In the section which boasts about hiring the ‘best in class’ lawyers, the video includes footage of ex-Coronation Street and Casualty actress Georgia Taylor playing a barrister in the ITV crime drama Law and Order UK. 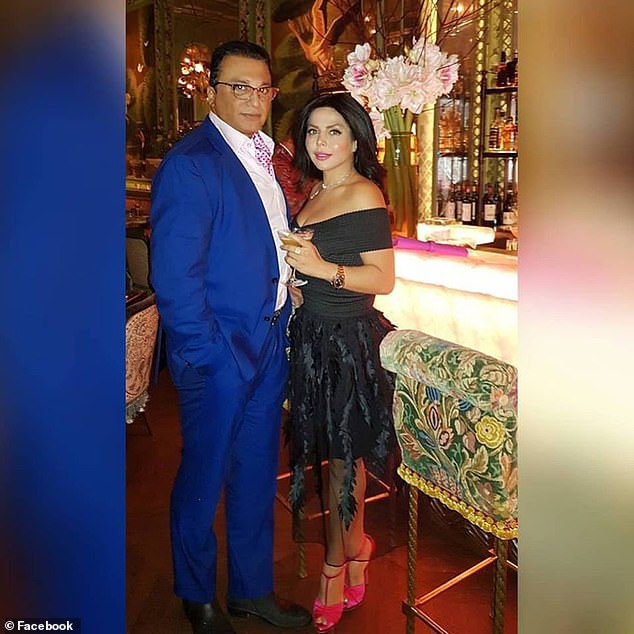 Dizaei’s new-found wealth is in sharp contrast to his humble lot a decade ago when he resided at one of Her Majesty’s prisons and had a modest semi-detached home in west London – purchased for £307,500. It was sold for £766,000 in June last year. In 2015, a court heard that Dizaei had ‘considerable debts’ and had been unable to find work since leaving prison. 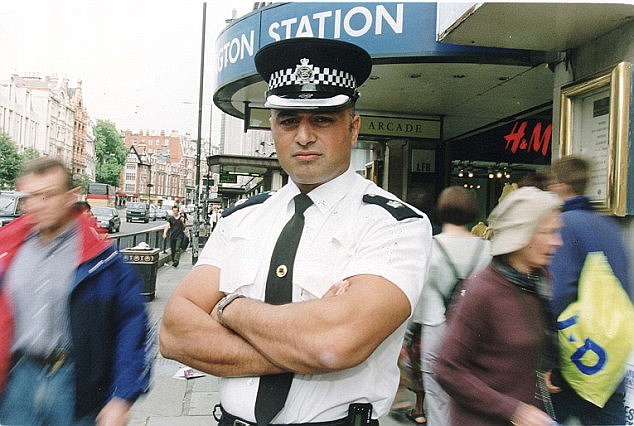 On its website, the firm says it can provide a ‘master security plan’ to test prison security – an irony given the jailbird past of its chairman – and also carry out ‘corporate due diligence’ to give clients peace of mind.

According to company records, Covert Security Ltd had assets of £778,656 last year. Dizaei, 59, ceased being a director with ‘significant control’ of it early last year – replaced by his flamboyant Iranian wife, now 46, who remains in control of it and a serving director.

Dizaei’s import-export business DKW Ltd was dissolved months after the Mail’s investigation into his business activities in 2018.

He declined to answer any questions about it in advance of our article three years ago.

His new-found wealth is in sharp contrast to his humble lot a decade ago when he resided at one of Her Majesty’s prisons and had a modest semi-detached home in west London – purchased for £307,500. It was sold for £766,000 in June last year. In 2015, a court heard that Dizaei had ‘considerable debts’ and had been unable to find work since leaving prison.

Yet within three years he was living the life of a tycoon and rubbing shoulders in Hollywood with Mel Gibson. Pictures of them dining together were posted on social media by Dizaei’s wife in 2018.

His wife, who has a penchant for designer clothes – and stood by her husband during his two trials for fitting up a website designer –has hundreds of thousands of followers on Instagram.

The media in Iran portray Dizaei as a heroic figure who stood up to injustice in the UK police.

For more than a decade, Dizaei was a hugely controversial figure at Scotland Yard where he faced a number of misconduct allegations. Prior to being jailed, he previously emerged unscathed from a series of inquiries, including a multi-million-pound undercover operation examining hotly-disputed claims of corruption, fraud and dishonesty. 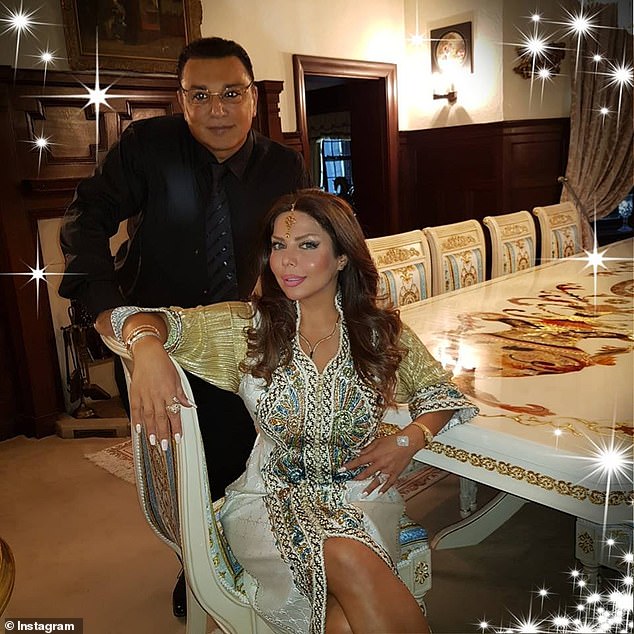 Dizaei’s wife Shaham, who has a penchant for designer clothes – and stood by her husband during his two trials for fitting up a website designer –has hundreds of thousands of followers on Instagram.

In 2003, he was controversially awarded around £80,000 compensation and a promise of fast-track promotion after a court case ended in him being cleared of corruption allegations, which he had denied.

He insisted he was the victim of a witch-hunt.

He became a leading figure in the National Black Police Association and at one stage was considered by many colleagues to be more powerful than Metropolitan Police chief Lord Blair – such was the influence he held over his supposed superiors.

In 2008 he supported a devastating claim for racial discrimination by Britain’s most senior Asian officer, Met Assistant Commissioner Tarique Ghaffur.

It was Dizaei’s attempt to frame a man who pestered him for payment that same year that led to his downfall – making him the most senior Met officer to be jailed for corruption in decades.

He was first found guilty in February 2010 and jailed for four years.

The then head of the police watchdog, Nick Hardwick, branded him a ‘criminal in uniform’.

But he was freed in May 2011 after the Court of Appeal quashed the convictions because his victim, young businessman Waad al-Baghdadi, had misled the authorities about his immigration status.

Dizaei was then reinstated by the police, suspended on full pay and awarded up to £180,000 in back pay and allowances. But guilty verdicts in the 2012 retrial finally blocked any route back for Scotland Yard’s so-called ‘Teflon Commander’ and he was sent back to prison.

However, his jail term was reduced by the 15 months he had already spent behind bars following his first trial and he was released on an electronic tag after two weeks.

He lost an appeal against his convictions in 2013 before embarking on his rags to riches rebirth as a multi-millionaire tycoon.

Dizaei did not respond to a series of questions from the Mail this week.