Ian Hamilton was born at the Tallangatta Base Hospital, in Victoria’s north-eastern high country. He was the only child of Shelley-based railway shunter Walter and his wife Patricia. The family moved to Baddaginnie, south of Benalla in 1937 and then on to Albert Park in 1947. Ian recalled Albert Park as a suburb with a pub on every corner and an SP bookie in every lane.

After two years as a copyboy for The Argus, Ian became a cadet journalist in 1955, covering police rounds, courts, general news and the VFA. When The Argus folded in 1957 Ian joined The Age on radio news, covering the Trades Hall and Supreme Court news.

He went to The Herald in 1961 reporting crime trials, mostly murders. Ian then became the western roundsman, covering all utilities – railways, tramways and associated unions, the Board of Works, the State Electricity Commission and Gas Corporation.

Finally, he landed the position as the Melbourne Town Hall reporter. He was one of The Herald reporters who competed every day for the “splash” (the page one lead) and was considered one of the quickest hard-news reporters. To quote Ian, these were the days of “hot news, deadlines and cold beer”.

He married Carmel in 1959 and had three children – Jane, Matthew and Caroline.

The Herald appointed Ian as state political reporter in 1967 near the end of the Henry Bolte era and the start of the Dick Hamer premiership and in 1970 he was awarded The Herald three-month travel scholarship, which he used to visit newspapers in America and the UK.

In 1974, he went to Canberra as The Herald bureau chief and then became a lobbyist for International Public Relations, before moving to Sydney where he was a public relations consultant and then media manager for Sydney Electricity (now Energy Australia), where he met his long-term partner, Prue. Together, they returned to Melbourne in 1995 where he worked part-time on media relations for the Country Fire Authority until 2004. 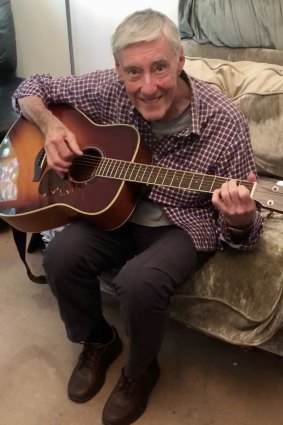 Ian was a keen musician – a jazz guitarist, a songwriter and trumpet player. He played at many suburban gigs and friends often enjoyed his music at more private gatherings. He listened to a broad range of music from Australian Chamber Orchestra concerts to Bob Marley and maintained a vinyl record collection.

To relax he loved spending time with his children and grandson, swimming in the bay, biking, baking bread, reading newspapers and thrillers and sketching interesting faces.

He passed away peacefully at Cabrini hospital in Malvern, on the morning of September 6, 2022, after his family had gratefully had the opportunity to say their loving final farewell.

Ian Hamilton prepared this before his death. His children and partner were contributors.