Body of millionaire tech entrepreneur, 33, is found decapitated and dismembered next to electrical saw in his luxury Manhattan apartment by his sister – as cops say footage shows professional killer attacking him after sharing elevator

The decapitated and dismembered body of a self-made millionaire has been found in his luxury Manhattan apartment by his heartbroken sister, and cops are now hunting for a professional killer who cut up the 33-year-old’s corpse with an electric saw.

The victim has been identified as Fahim Saleh, a millionaire tech entrepreneur who moved into his $2 million Lower East Side apartment late last year.

The alarm was raised by one of Saleh’s siblings on Tuesday, after she became concerned because she had not heard from him for a day.

She went to the seventh floor unit to check on her brother and found his dismembered body in his home.

He had been cut up with a power saw, which was lying nearby and was still plugged in. Police sources said the body parts had been sorted into different plastic bags. 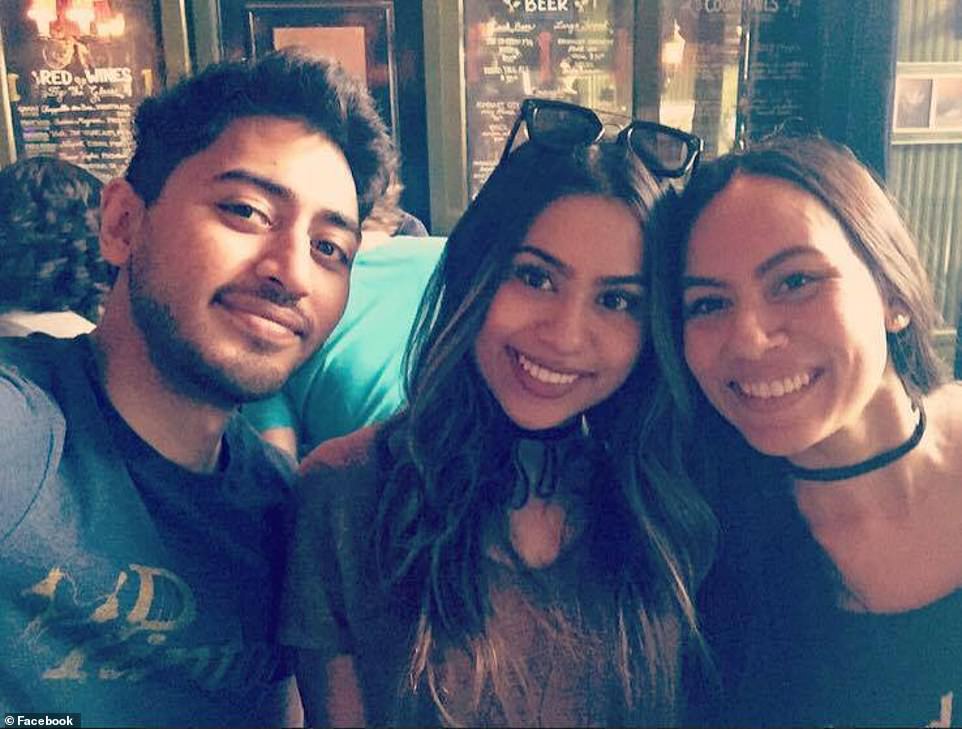 Fahim Saleh is pictured with his two sisters, Rif Saleh (center) and Ruby Bashir (right). It is not known which of them made the grisly discovery 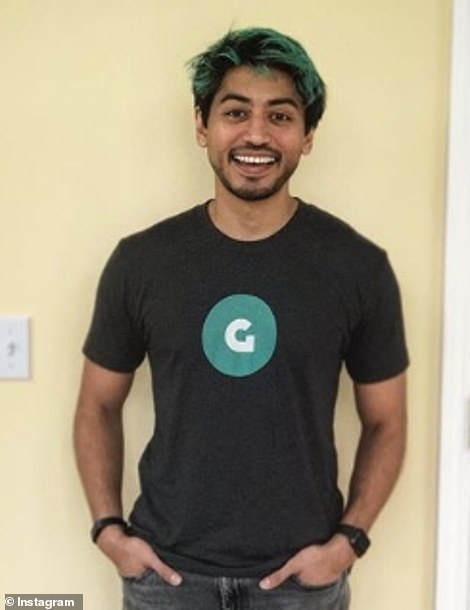 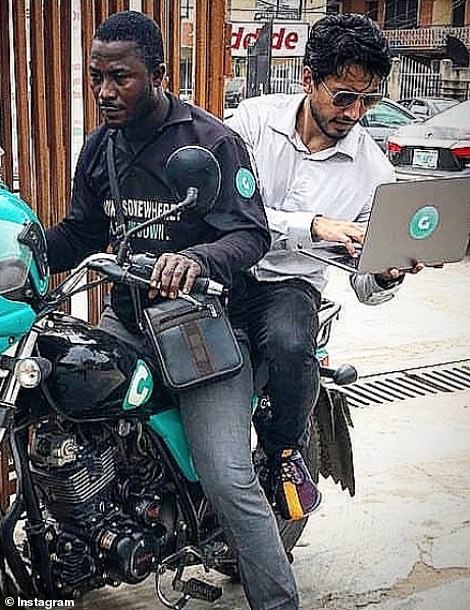 Friends said Fahim Saleh (left and right) was a self-made millionaire who had a passion for gadgets and video games. He also enjoyed bringing tech companies into underdeveloped nations including Nigeria and Indonesia. Pictured (right), his motorcycle company in Nigeria 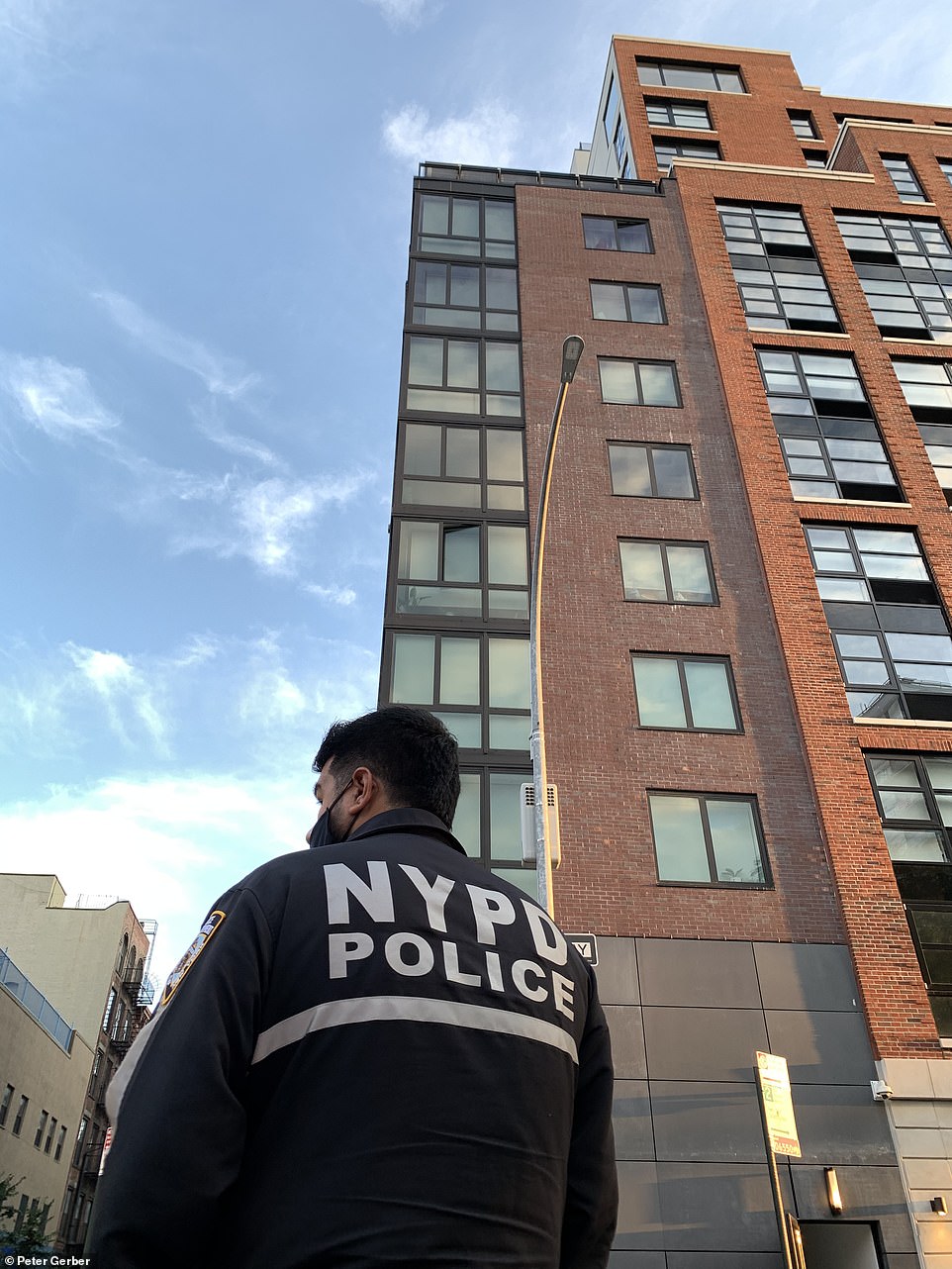 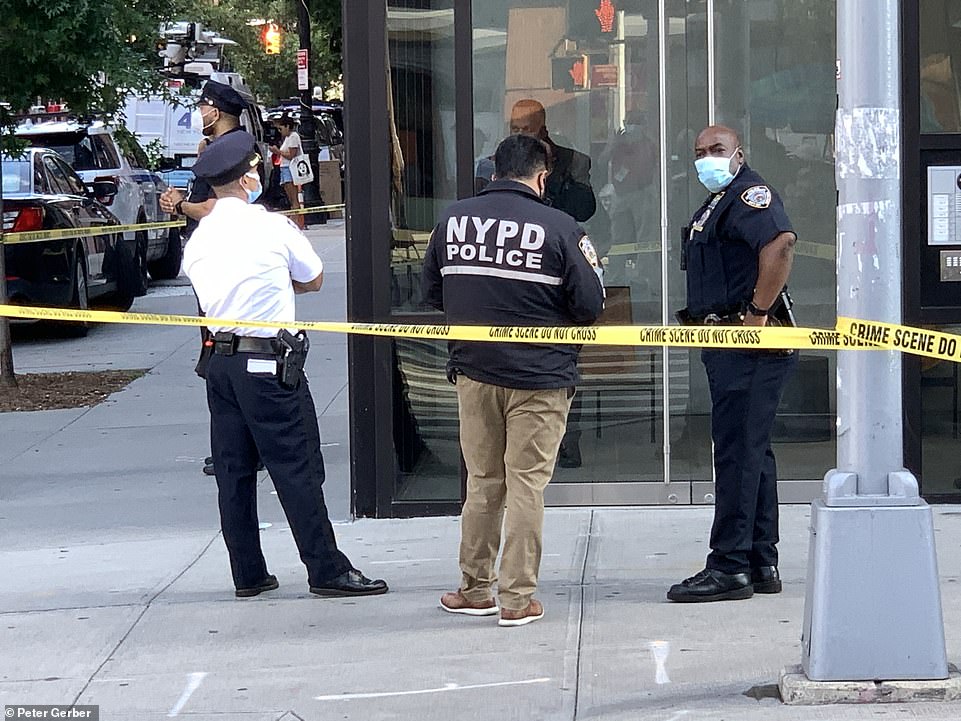 The man’s body was discovered by his sister who wanted to check on him. Pictured, police stand outside the luxury condo in the Lower East Side 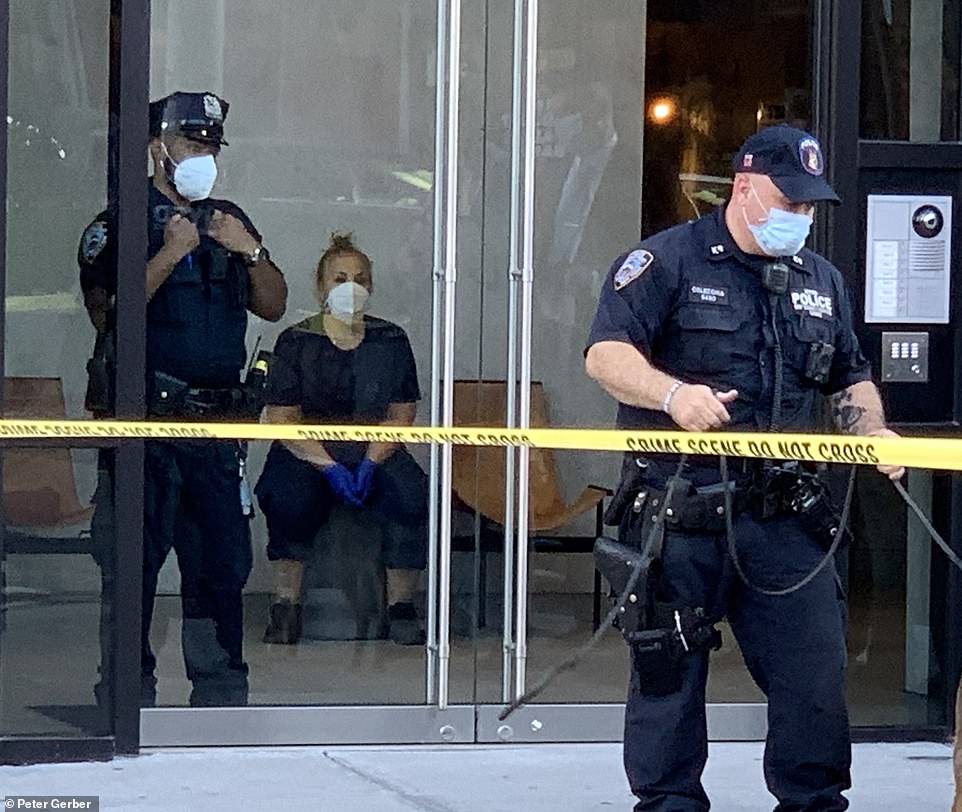 Police believe they have surveillance footage of the suspect entering the building on Monday and then using the elevator.

Video reportedly shows the gloved suspect wearing a hat and mask covering his face, and carrying a bag. He waited to enter the elevator with Saleh.

‘The perp had a suitcase. He was very professional,’ one police source told the Daily News.

Sources told the New York Post that as the pair rode up to the seventh floor apartment together, Saleh appeared puzzled.

No sooner had he stepped out of the elevator – which opened directly into his home – the attack began.

He fell to the floor after either likely being shot or stunned, the footage reportedly shows.

The way he was killed has led cops to believe the murder was carried out by a professional.

Police found that Saleh’s legs below the knees and his arms had been removed, with the missing body parts placed into bags.

Surprisingly, there was very little blood. The New York Times reported that some effort had been made to clear up evidence. 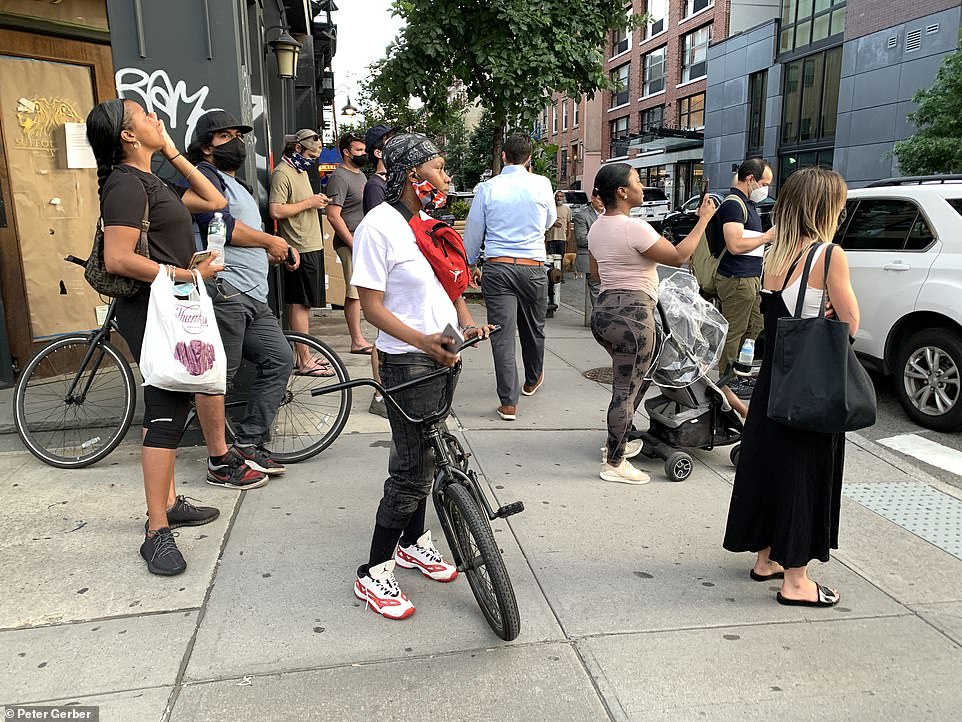 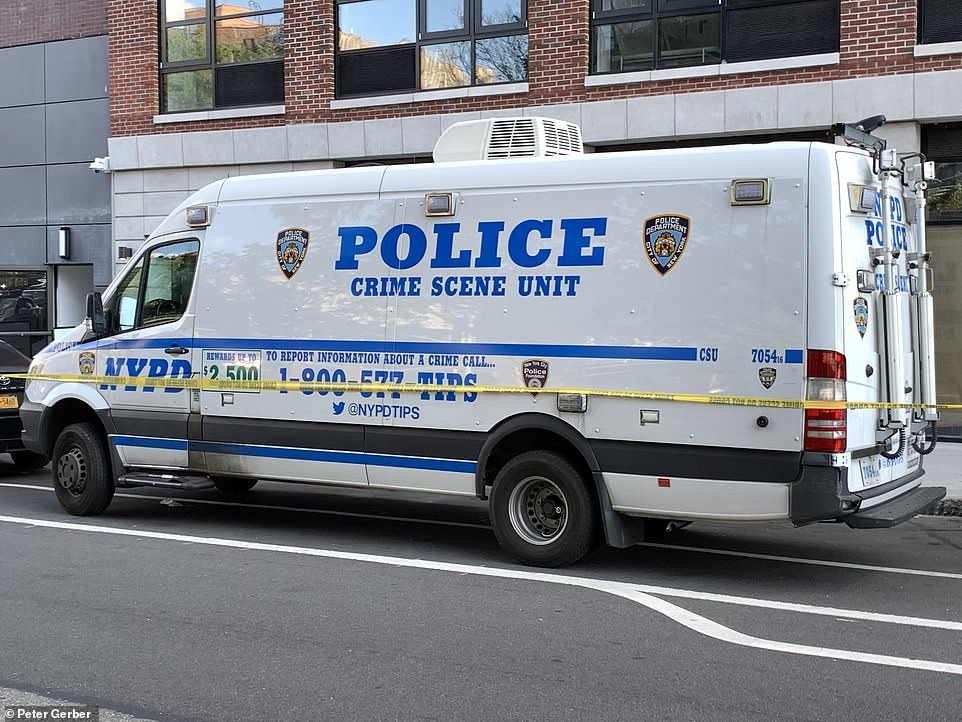 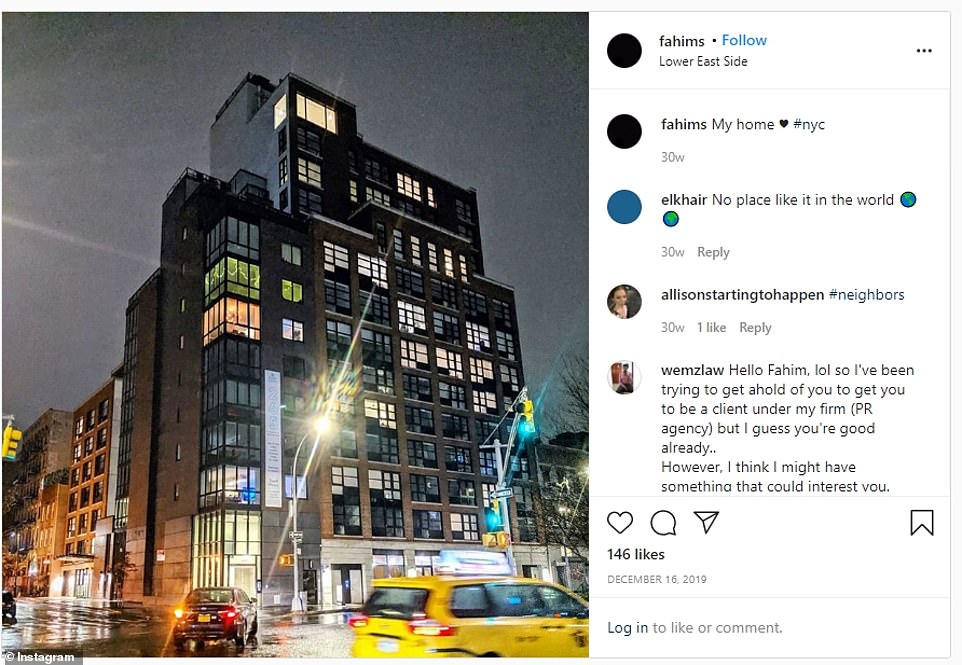 Saleh bought the luxury pad for $2.25 million last year and was clearly proud of his purchase – regularly posting pictures and video on his Instagram 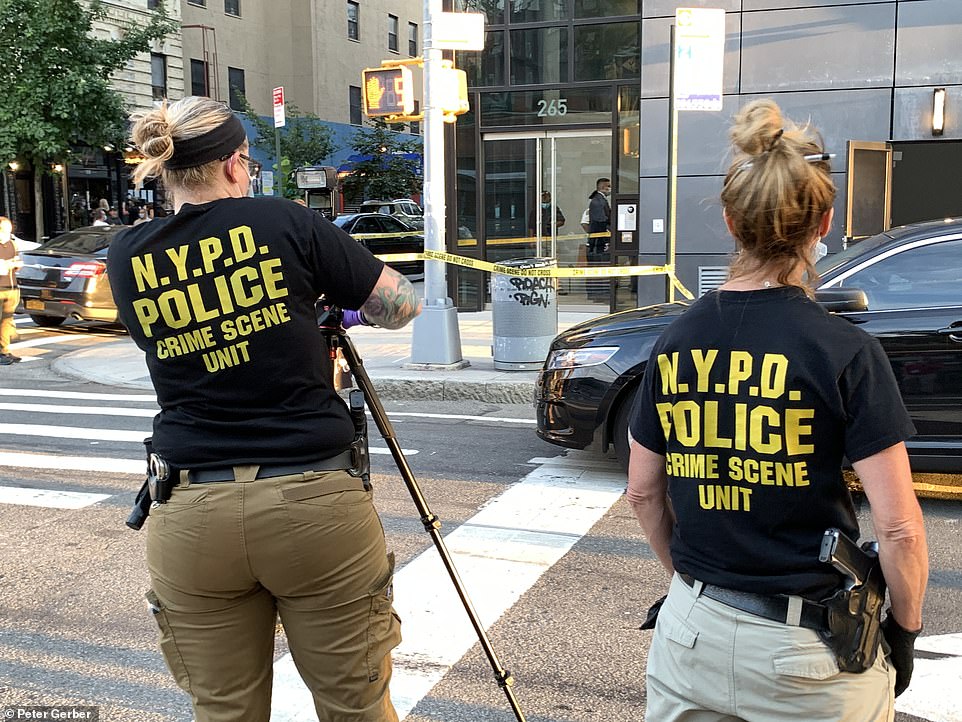 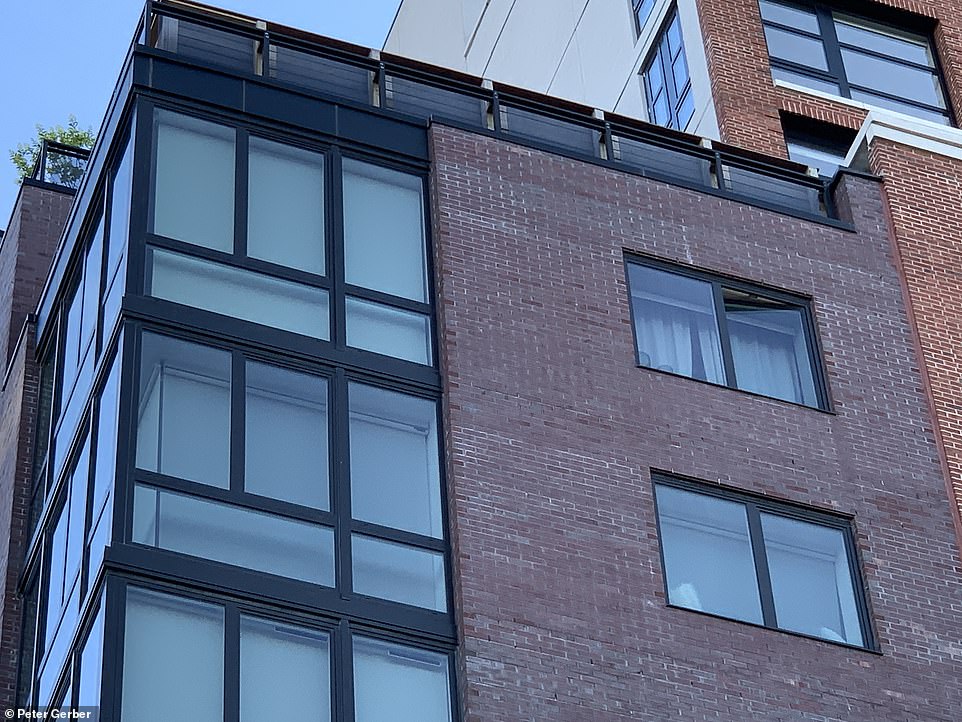 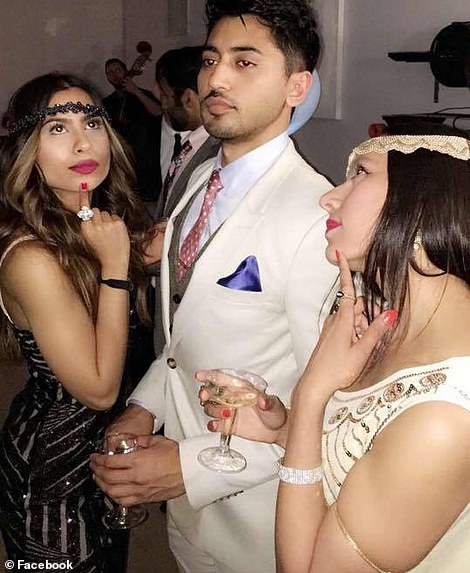 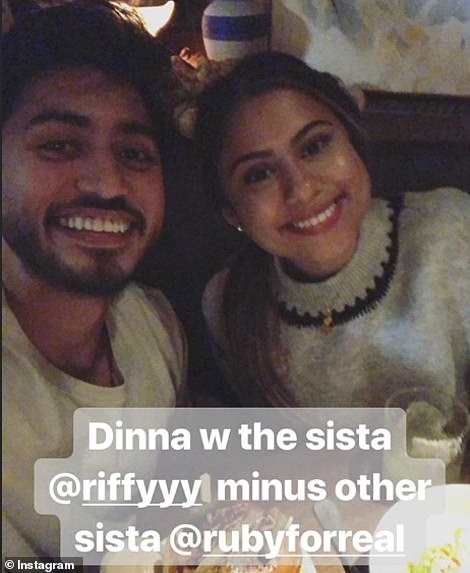 Saleh would regularly post pictures on social media with him together with his sisters, at least one of whom lived in New York

Last month, Saleh tweeted about his optimism for the year

Cops are now trying to work out whether the arrival of the victim’s sister interrupted the dismembering of Saleh’s body.

Detectives are also looking to see if the killer was able to escape through another exit.

‘We have a torso, a head that’s been removed, arms, and legs. Everything is still on the scene. We don’t have a motive,’ NYPD spokesman Sgt. Carlos Nieves said.

Saleh, who was born in Saudi Arabia but whose family is Bengali, bought his luxury pad for $2.25 million last year and was clearly proud of his purchase – regularly posting pictures and video on his Instagram.

His LinkedIn profile reveals the former website developer was the CEO of a motorbike hailing company in Lagos, Nigeria.

The firm, Gokada, recently faced severe setbacks after being banned earlier this year by the Nigerian government.

It was forced to lay off staff and pivot from being a ride-sharing service to a delivery courier.

The ban came at a difficult moment for Gokada which had just raised $5.3 million in funding from Rise Capital, a Silicon Valley-based venture capital firm, in May 2019.

After the ban was enacted, the firm stopped bringing in money and around 800 bikers working for Gorkada were also immediately laid off. Saleh, never one to give up, was working on new ideas and a new direction for the firm. 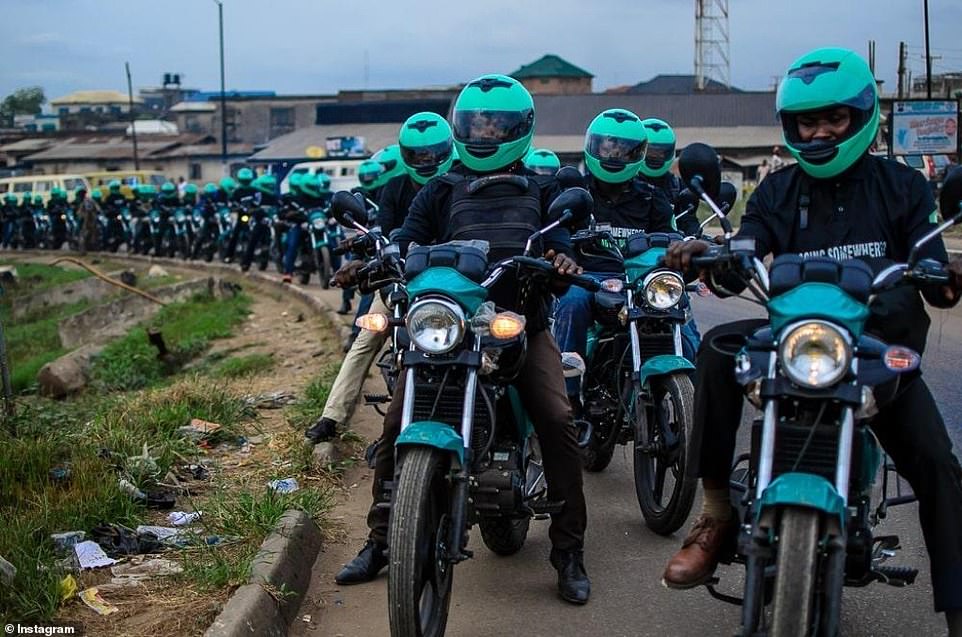 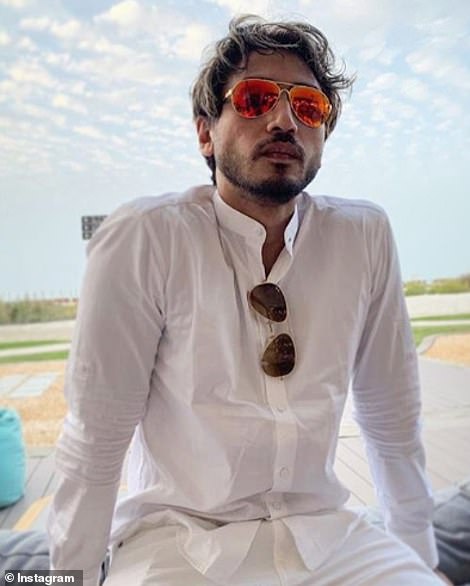 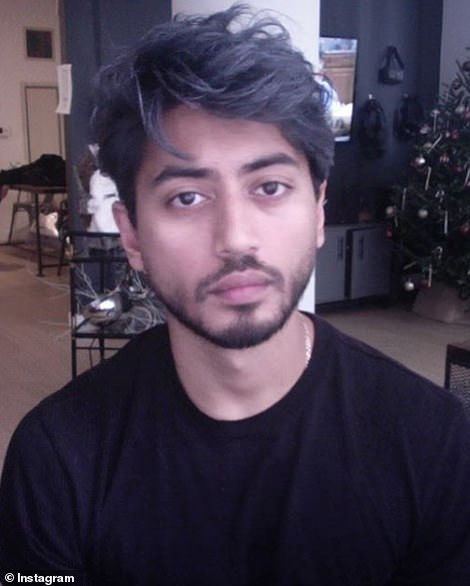 Friends of Saleh have paid tribute to him saying ‘He was extremely smart, ambitious, very kind. Always smiling’

Later Tuesday, police could be seen in the condo’s lobby at 265 East Houston Street and speaking with a woman who was in tears and who was believed to be one of Saleh’s sisters who had found the body.

‘She was really upset. Crying. Shaking,’ neighbor Danny Faust said to The Post. ‘She was just sitting there but you can tell her legs were shaking. She’s nervous. She was crying like, you know, wiping her eyes.’

‘She was screaming when she first came down,’ Faust said.

‘Dead body? Okay. But when you hear chopped up and dismembered? That’s it. That’s a sick type of mind for somebody to do that,’ he added.

On Tuesday afternoon friends began showing up to his building. A couple said they believe that Saleh must have been targeted.

The friends said he was a self-made millionaire who had a passion for gadgets and video games. 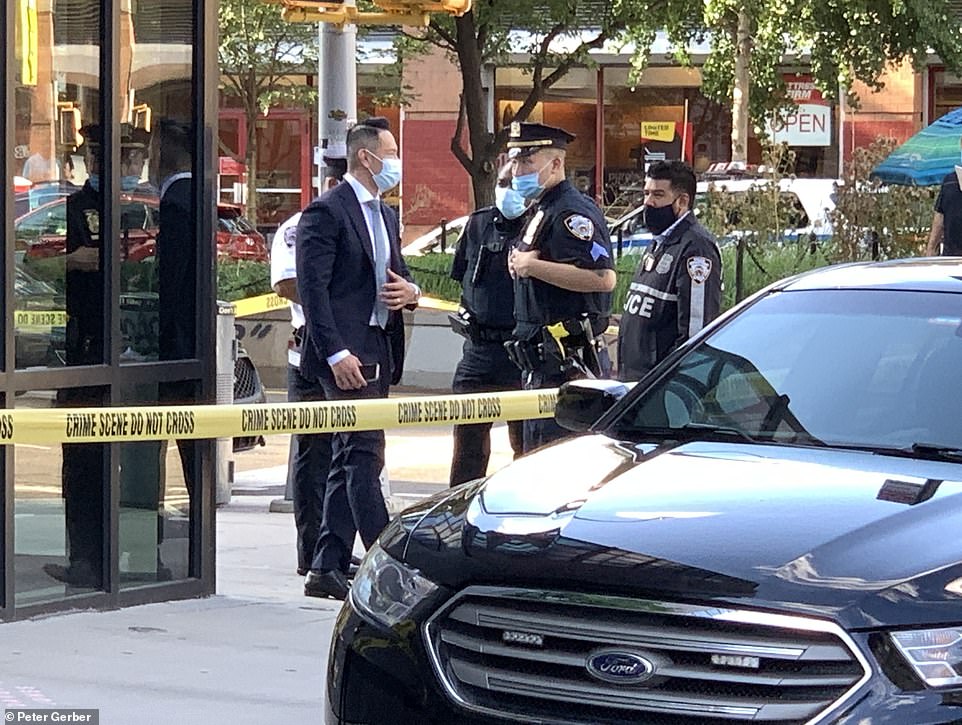 NYPD crime scene detectives are pictures on scene, outside the apartment block

He also enjoyed bringing tech companies into underdeveloped nations including Nigeria and Indonesia.

He never said he was scared,’ another friend recalled. ‘[He was] always very happy-go-lucky.’

On Tuesday night, tributes were also being made online to Saleh.

‘Rest in peace Fahim Saleh. Deepest condolences for his family and friends. The world is becoming inhumane day by day,’ wrote Ashiq Rahman, a software engineer living in Toronto.

Revealed: Humble beginnings of tech CEO who credited his love of computer games as a teen to developing Nigeria motorbike-sharing app that drew in millions of dollars from investors

Fahim Saleh was born in July 1986 into a middle-class Bengali family in Saudi Arabia. Along with his two sisters – Rif Saleh and Ruby Bashir – he and his parents eventually settled in Rochester, New York.

But even as a youngster, Saleh was said to already be dreaming of earning money and found that his interest in computers could help to realize those dreams.

As a young teen, his enthusiasm for the internet which was still in its infancy at the time, led him to researching Google’s founder and other big tech names during the dot com boom of the late 1990s.

After spending hours playing computer games, he decided to turn his computer wizardry to building a website. 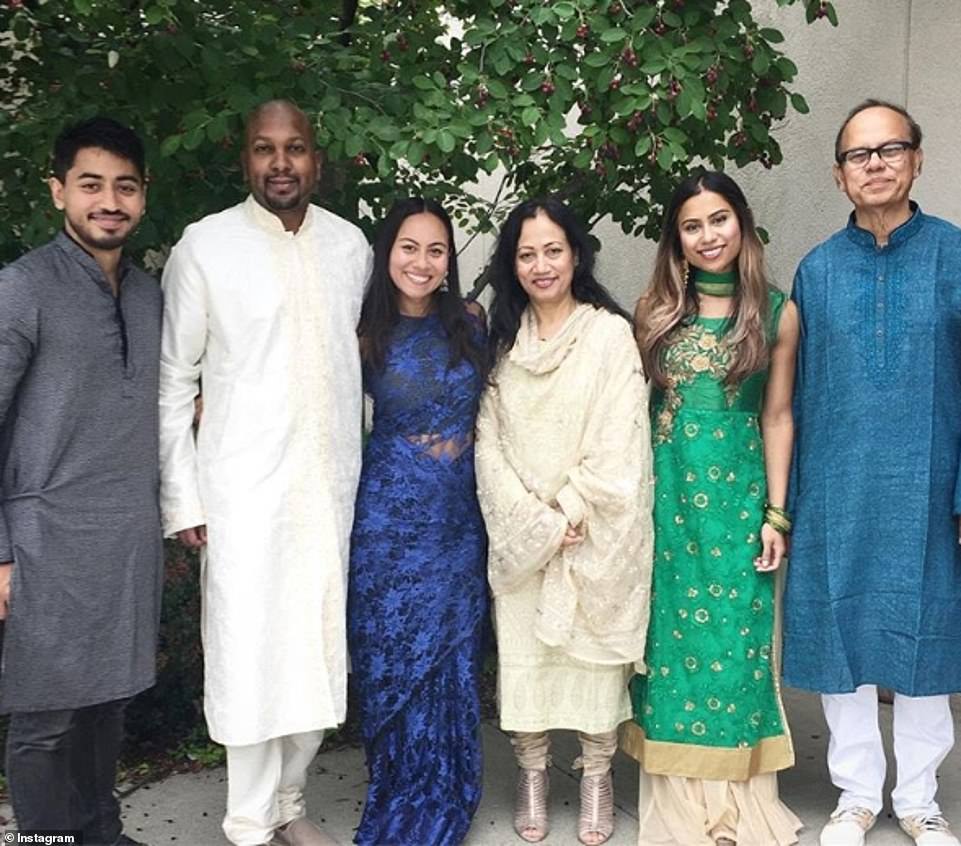 Fahim Saleh, far left, was born into a middle-class Bengali family in Saudi Arabia. He is pictured here along with his two sisters and his parents. The family eventually settled in New York state

He started small and began with a simple site for his family – Salehfamily.com. It would draw in around five visitors a month, mostly driven by his proud father who would send friends and relatives to look at the pages.

But by the age of 15, Saleh began to develop a knack for programming and set up a blogging site just for his friends. 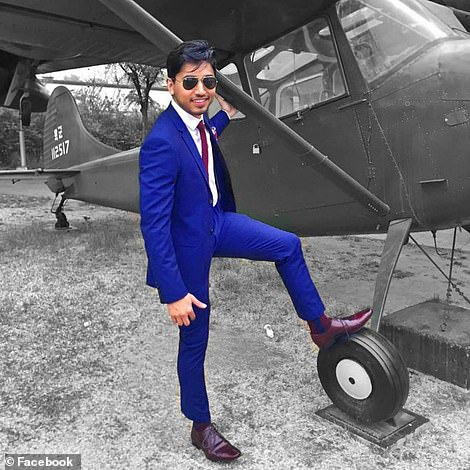 Saleh started small, creating a website for his family when he was in eighth grade, but the dotcom boom of the 1990 saw him become interested in programming and developing websites

What started as a teen hangout (teenhangout.com), ended up turning into a blogging forum for the community as more people heard about the site and began to publish articles. Finally, money slowly began to come in to the tune of around $3 a month.

A blog notes how at high school, however, Saleh was drawing a profit of between $100,000 and $150,000 a year as he created websites that focused on young people.

After leaving school, he attended Bentley University in Boston, Massachusetts where he studied Computer Information Systems and developed a Facebook app  which allowed students to have food delivered.

He then set up a phone-pranking phone app that would let a user choose a prank call before calling up their friends to hear their surprised reaction.

What started off generating about $20 a day soon grew to $1,000.  Saleh notes in an article for Medium  that PrankDial.com has generated $10million during its lifetime.

The website still brings in about $1-2million a year and allowed Saleh to set up more companies: TapFury, an entertainment company, and Ninja Fish which had a focus on gaming.

With money being generated, literally while he slept, he set up a venture firm that would allow him to invest in startups in the developing world. 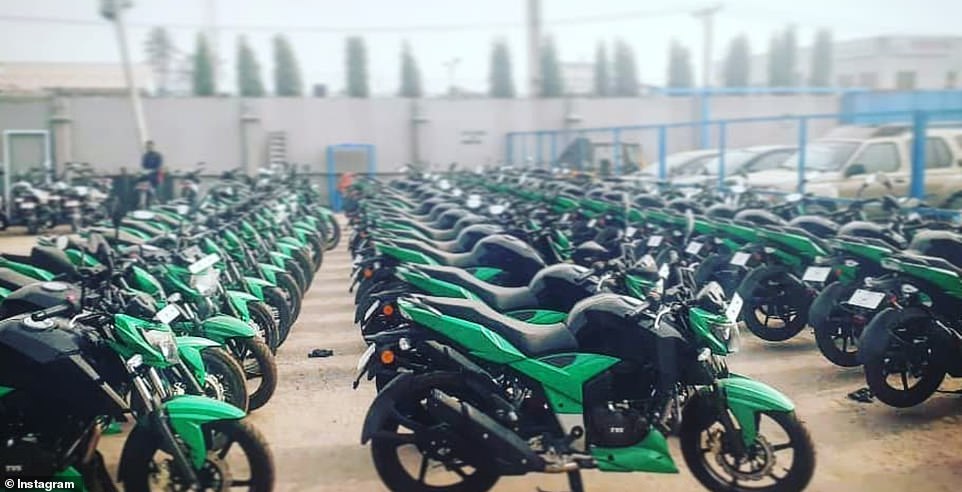 His current focus was on a Nigerian transport service app called Gokada – essentially an Uber for motorbikes –  which was co-founded by Saleh in 2018.

The initial idea was to have people transported across Lagos, Nigeria’s largest city, by motorcycle.

In its first year of operation, Gokada was said to have secured 1,000 bikes giving around 5,000 rides across the crowded city each day.

But the firm ran into difficulty in February of this year after a ban went into effect that expressly forbid motorbike taxis.

The ban came suddenly and without warning after the Lagos state government said a ban was needed because of ‘accidents, and disorderliness caused by the vehicles’. 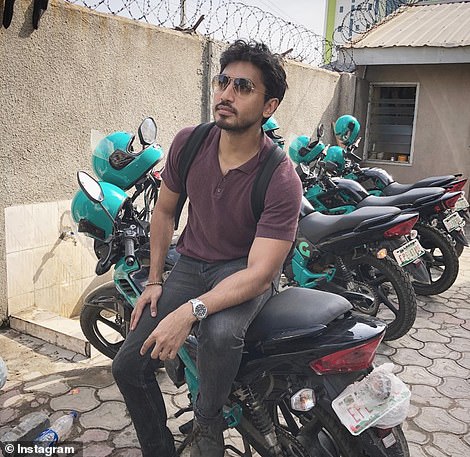 Saleh likely had a lot on his mind having had his motorbike app suddenly without any passengers through no fault of his own. He had secured $5.3 million in funding last May

As a result of the ban, commuters were left stranded and many were forced to travel on packed public transport instead.

The firm stopped bringing in money and around 800 bikers working for Gorkada were o immediately laid off.

The ban came at a difficult moment for Gokada which had just raised $5.3 million in funding from Rise Capital, a Silicon Valley-based venture capital firm, in May 2019.

‘As a business, we kind of have to just roll with the punches and a lot of those people that we had to lay off were very focused on the transport sector of the business,’ Saleh told CNN.

The company decided to attempt to pivot and become a delivery and logistics company with a new boat hailing service that would run vessels that could hold up to 24 people – but then the global pandemic struck, putting future plans on hold.

‘The drivers here at Gokada, were not there to make money, they were here because they had families, they have children, they have dreams,’ Saleh told Nirametrics.

‘They want to start businesses, they want to go to school, they have degrees already, but they couldn’t find jobs. For many, Gokada wasn’t the final place for their life. It was a stepping stone to get to that next endeavor.’

‘What I will tell you is that Gokada is not just a business, it’s a mission. And every part of that mission is to always be safe, provide jobs.’