Police have renewed their investigation into the murder of Melanie Hall – 24 years after she first went missing.

Avon and Somerset Police have released details about a possible sighting of 25-year-old Melanie arguing with a man outside a nightclub in Bath where she was last seen alive in June, 1996.

The force is urging members of the public to think back to that night in the hope potential witnesses may come forward.

Police have also re-issued an E-fit to identify a man who two witnesses said they saw with a woman, matching Melanie’s description, inside Cadillacs nightclub.

Eleven years have passed since the discovery of Melanie Hall’s remains by the side of the M5 in South Gloucestershire.

Melanie, who was a clerical worker at the Royal United Hospital in Bath, was last seen on Sunday 9 June, 1996, at Cadillacs nightclub in Bath city centre at about 1.45am. 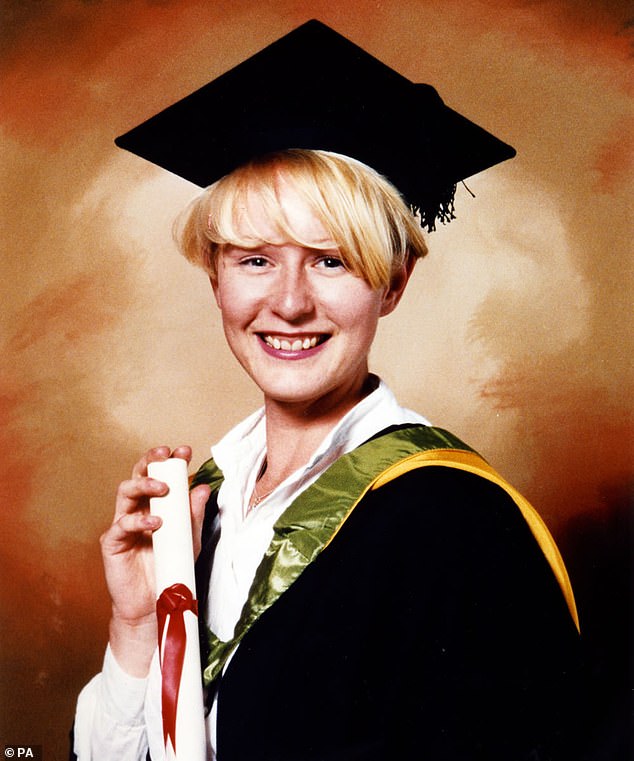 Melanie Hall, 25, a clerical worker at the Royal United Hospital in Bath, was killed more than 24 years ago and police are renewing their appeal for information and witnesses to find her killer 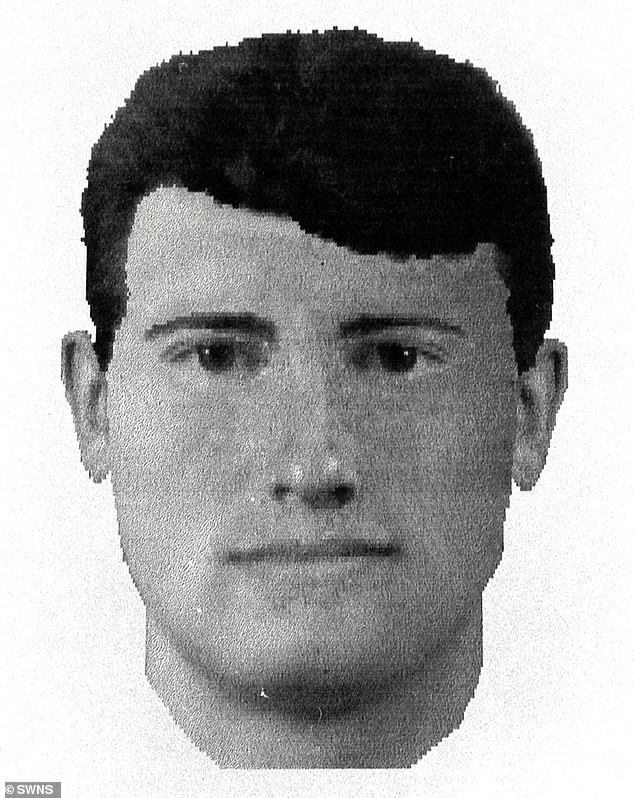 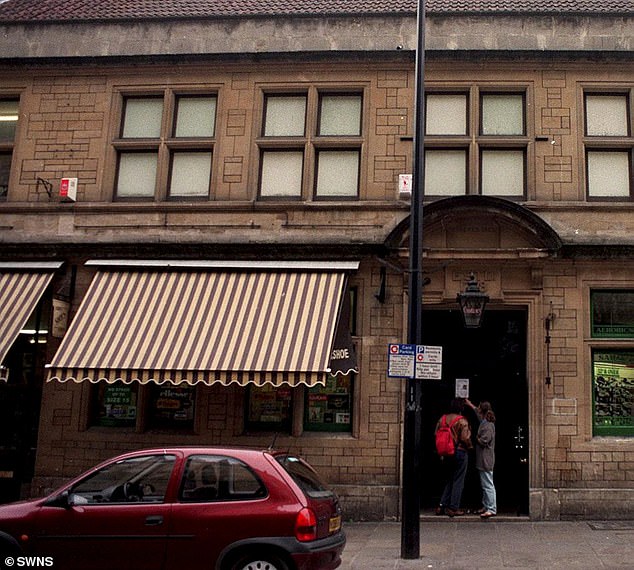 The building formerly known as Cadillacs in Bath, the last place where Melanie was seen alive

Her remains were not found until October 5, 2009, when a workman discovered her body next to the northbound slip road of junction 14 on M5.

There have been 11 arrests during the investigation into Miss Hall’s murder but no one has ever been charged.

Almost exactly 11 years after the remains were found Avon and Somerset Police have a renewed focus to their investigation.

The police have asked members of the public to think back to the day Melanie went missing on June 9, 1996.

There was an unconfirmed sighting of a woman arguing with a man between 1.45am and 2am on Old Orchard around the corner from the nightclub’s entrance.

Police have ‘not ruled out’ that this is Melanie and have asked anyone who may remember this incident to get in touch.

June 1996 – Melanie is on a night out with friends and is last seen alive at Cadillacs nightclub in Bath.

October 2009 – A workman discovers Melanie’s remains by the side of the M5 on a slip road.

What’s more, police have re-issued the E-fit and a description of a man they believe may have been with Melanie in the nightclub.

He was wearing black trousers, black shoes and a brown silk shirt. It’s possible he had a gold hooped earring in his right ear and wore a flashy gold watch.

The senior investigating officer, Detective Superintendent James Riccio said how a small or seemingly insignificant piece of information could be ‘the key to solving this case’.

He said: ‘We remain as determined as ever to find out who killed her and why.

‘We have a number of active lines of enquiry we’re pursuing, including reviewing a vast amount of material gathered during what’s been one of the biggest investigations ever carried out by Avon and Somerset Police.’

Det Supt Riccio stressed: ‘A small or seemingly insignificant piece of information could still be the key to solving this case.

‘We’d ask the public to please consider the appeal points above, as well as the key dates and locations which feature in this case, and call our investigation team if you can help.

‘You may feel able to speak to us now when you couldn’t before.’

Melanie’s father Steve Hall has previously released a powerful and moving statement detailing the impact the murder has had on their lives. 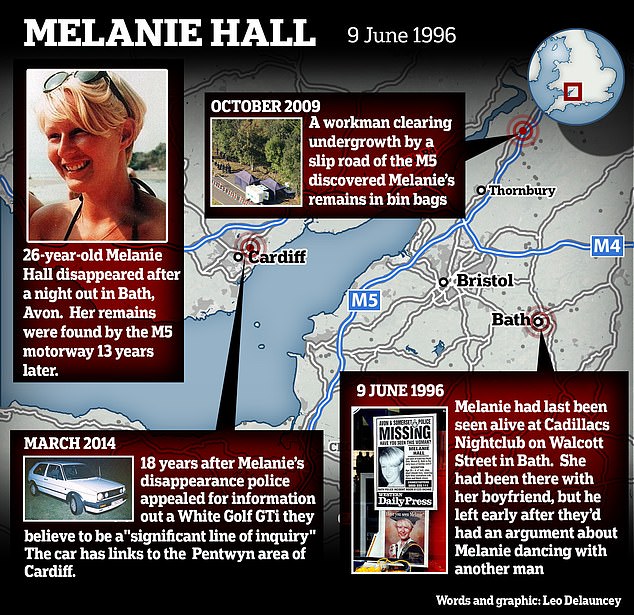 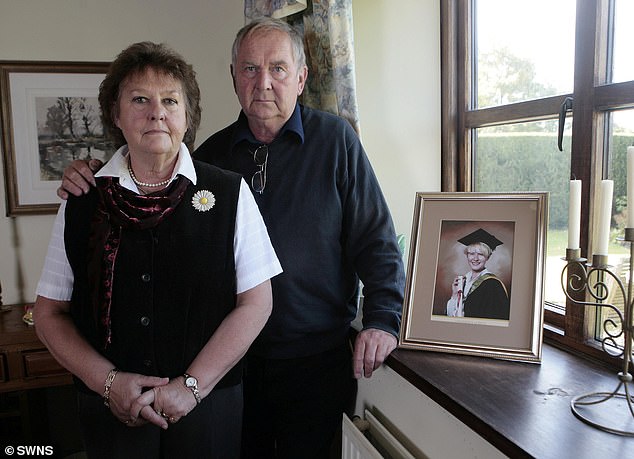 He said last year: ‘It is now over 23 years since our youngest daughter, Melanie, was murdered, probably on the streets of Bath.

‘Since that time the Avon and Somerset Police have poured endless resources in their attempt to find her killer.

‘Sadly, as yet, this objective remains unfulfilled, although I and my family remain eternally optimistic that, eventually they will be successful.’

Officers have received at least 1,700 calls from the public about the case and completed more than 5,700 tasks or investigative actions.

At least 1,600 statements have been taken, and while there have been 11 arrests, no-one has ever been charged.

Mr Hall added: ‘In our family we will forever grieve for, and miss our lovely daughter.

‘She will never fulfil her life’s ambitions, never marry, never have children and my wife and I will never have another grandchild.

‘Her mother’s lasting memory of her youngest daughter is the day she viewed a battered skull and a few broken bones in the coroner’s office at Portishead.

‘We are sure that, after all these years [those responsible for Melanie’s murder] will happily take their awful secret to the grave as we will do the same with our grief.’ 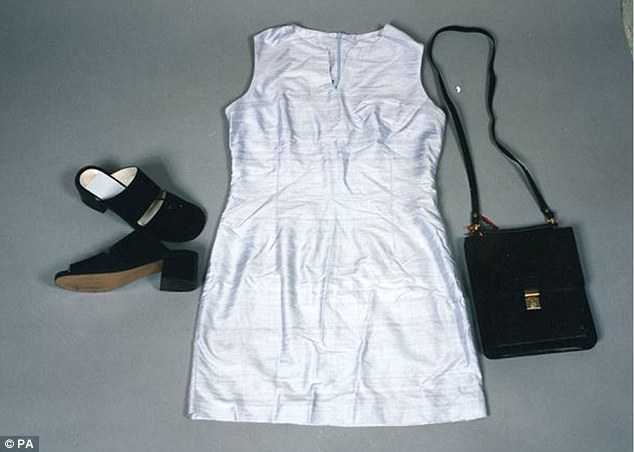 A photo of missing clothes, handbag and shoes similar to the ones belonging to Melanie Hall

A spokesman added: ‘Maybe you assisted with the deposition of Melanie’s body but were not involved in the murder. We want to hear from you now.

‘Or did you see any suspicious activity or a vehicle parked on the northbound J14 slip road of the M5 at Thornbury in the early hours of Sunday 9 June 1996 or the days immediately afterwards?’

The spokesman added: ‘Do you have information on where Melanie’s clothing or belongings may be? They’ve never been found.

‘They include a pale blue silk dress with a round neck, black suede mule shoes with straps across the front and an open toe, size 5 or 6, a cream single-breasted, long-sleeved jacket and a black satchel-type handbag.’

Melanie’s parents have reinstated a £50,000 reward for information provided to the police which leads to the arrest and conviction of the person or people responsible for Melanie’s murder.

The independent charity Crimestoppers is also offering a reward of up to £10,000.

You will only qualify for this reward if the information is passed to Crimestoppers directly on 0800 555 111.

Who is Emily Atack dating, did she have a secret fling with Seann Walsh and who did she play in The Inbetweeners?

Video shows Nigerian cop drag away protester after shooting him in back
We and our partners use cookies on this site to improve our service, perform analytics, personalize advertising, measure advertising performance, and remember website preferences.Ok