Jeremy Corbyn was last night at the centre of extraordinary claims that Boris Johnson was infected with coronavirus during a visit to Downing Street by the former Labour leader and his Marxist-sympathising aide.

The Mail on Sunday has established that on the evening of March 16 – during the last days of his party leadership – Mr Corbyn visited Mr Johnson at No 10 with his most senior adviser, former Guardian journalist Seumas Milne.

Joining them in Mr Johnson’s cramped study, as they discussed the Government’s response to the epidemic and whether there should be a lockdown, was the Prime Minister’s aide, Dominic Cummings.

A few days after the meeting, Mr Milne developed a fever and a loss of taste and smell – symptoms of coronavirus – and went into self-isolation. 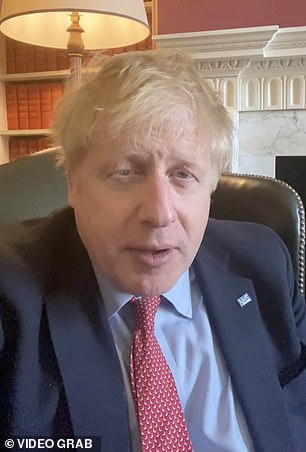 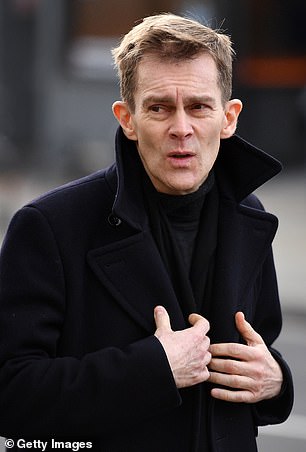 The Mail on Sunday has established that on the evening of March 16 – during the last days of his party leadership – Mr Corbyn visited Mr Johnson (left) at No 10 with his most senior adviser, former Guardian journalist Seumas Milne (right)

Mr Johnson then also developed symptoms, testing positive for the virus on March 27 – the start of the Prime Minister’s terrifying descent towards a life-and-death battle in a London hospital. On the same day, Mr Cummings was seen sprinting out of No 10 and three days later he was self-isolating, ahead of his now infamous journey to stay with family in the North East of England, after also displaying symptoms. 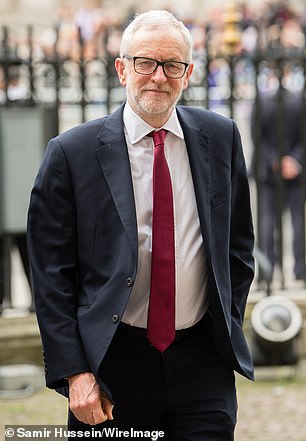 Jeremy Corbyn in London on March 9

According to one source, the Prime Minister had been ‘disconcerted’ by the meeting because of Mr Milne’s ‘persistent cough’.

But a friend of Mr Milne, 61, disputed this, saying: ‘He didn’t have a bad cough, but developed symptoms soon afterwards. Boris could have given it to him!

‘The hour-long meeting included Dominic Cummings, so there were a number of potential suspects. Plus it was rampant in Westminster at that time anyway. When he [Milne] developed the symptoms, he stopped going in to work and self-isolated.’

A Downing Street source said it was ‘unclear how the Prime Minister had been infected’ and Mr Johnson ‘was not pointing the finger at Seumas’.

Symptoms can take up to 14 days to appear after contact with an infected person.

Mr Milne, who had worked for The Guardian since 1984, became Mr Corbyn’s director of communications following his shock election as Labour leader in 2015.

The public school-educated son of former BBC director-general Alasdair Milne was regarded as Left-wing even by his Guardian colleagues, having once written that the number of Stalin’s victims had been inflated and that ‘for all its brutalities and failures’, Soviet communism delivered ‘huge advances’ in equality and ‘encompassed genuine idealism and commitment’.

The No 10 office where the March 16 meeting took place offers the ideal conditions for the virus to pass: compact and airless, the ‘den’ by the Cabinet Room contains a table in the middle of the room for meetings, with a small sofa squeezed into a corner.

The first high-profile case of Covid-19 in Westminster was Tory Health Minister Nadine Dorries, who announced on March 10 that she had tested positive – five days after mingling with Mr Johnson and his girlfriend Carrie Symonds at a No 10 reception.

On the same day as the reception, the EU’s chief Brexit negotiator Michel Barnier met his UK counterpart David Frost in Brussels for the first round of trade talks. Within a fortnight, with Mr Frost then back in No 10, both men had fallen ill.

The last Cabinet meeting to take place in person was March 17. By the end of the month, Health Secretary Matt Hancock and Chief Medical Officer Chris Whitty had also contracted the virus.