The thick, mucus-like layer of slime is covering large parts of the Marmara Sea and is spreading over the waters near Istanbul, in the west of the country. 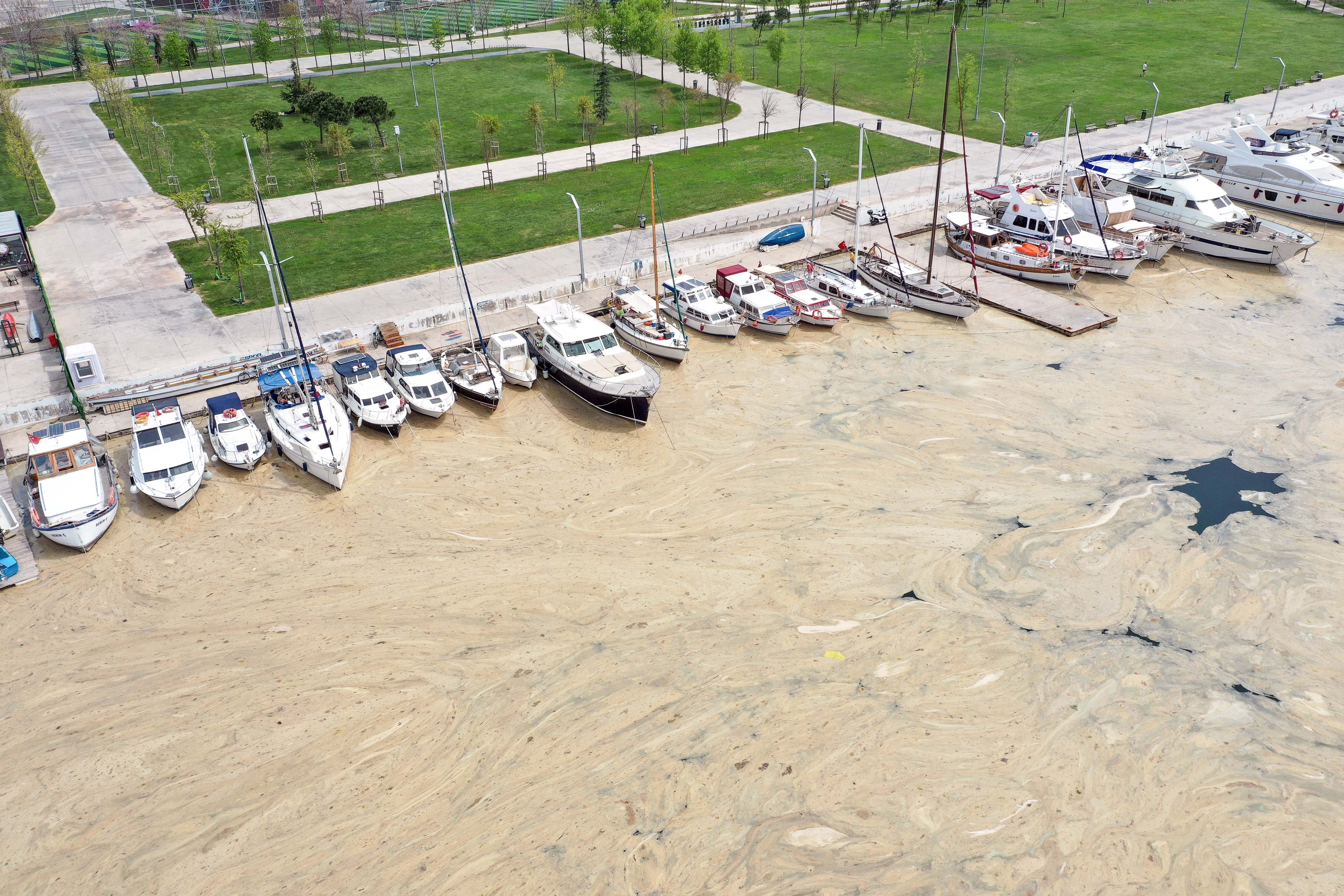 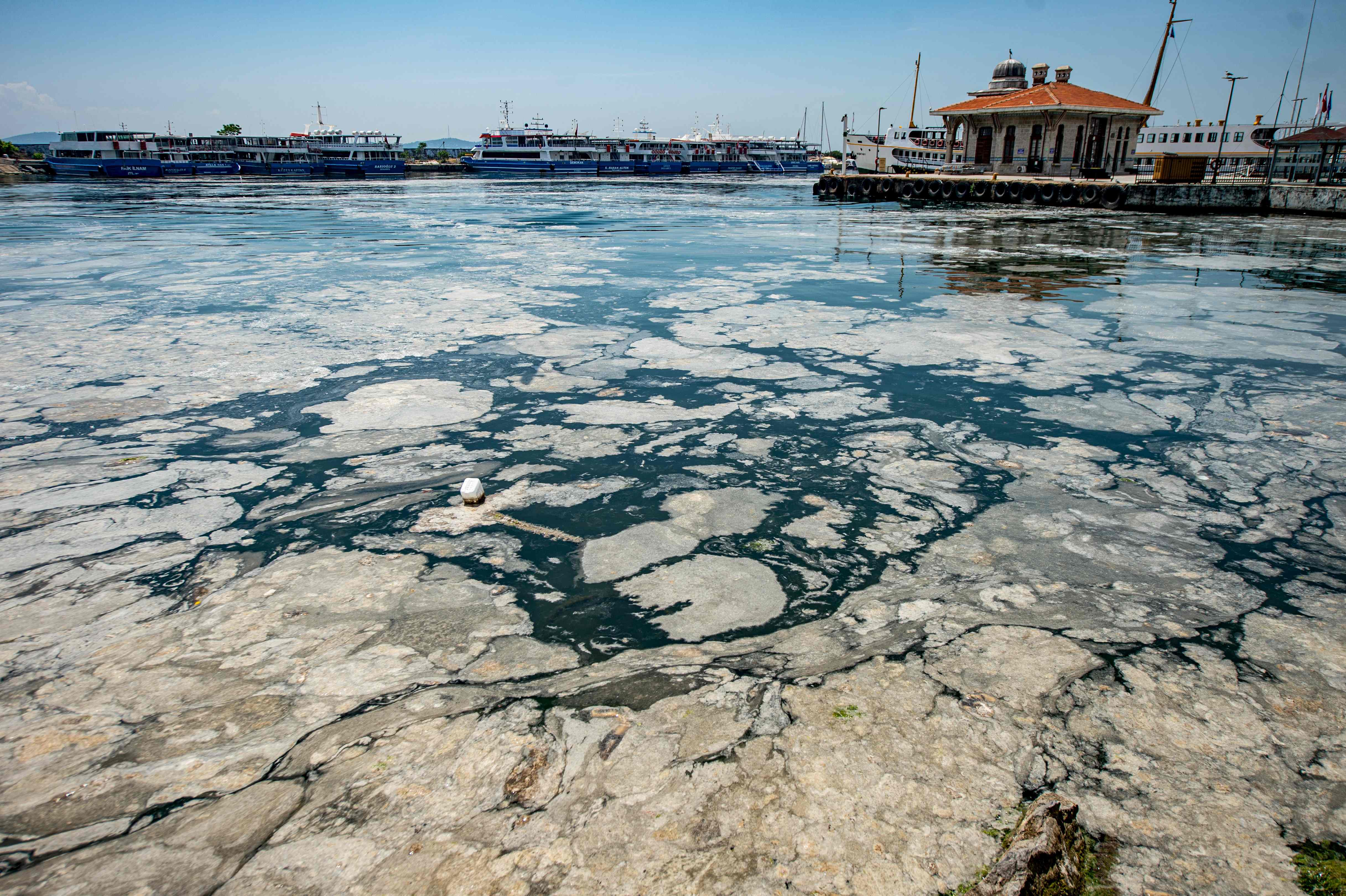 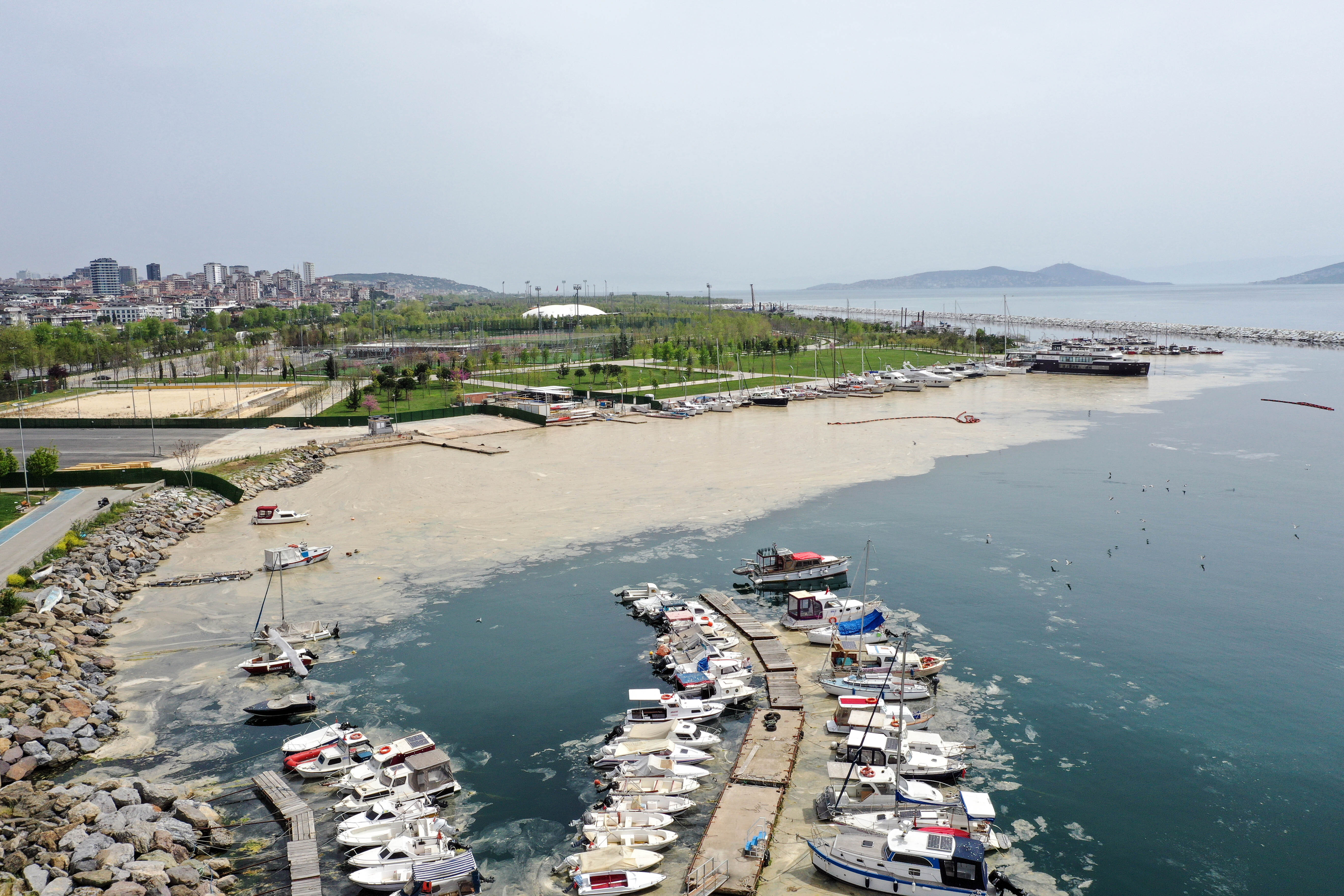 The region contains a number of popular resorts with Brits including Erdek as well as Turkey’s second major city.

The “sea snot” is also posing a threat to marine life and the local fishing industry.

Scientists say climate change and pollution have contributed to the proliferation of the organic matter, also known as marine mucilage, which contains a wide variety of microorganisms and can flourish when nutrient-rich sewage flows into seawater.

Drone footage shot over the Sea of Marmara shows ferries and cargo ships criss-crossing harbours and seawater blanketed with the viscous, greyish substance that can suffocate marine life.

"The Sea of Marmara's plight is the outcome of what humans did. This is the outcome of household waste and pollution," said filmmaker Tahsin Ceylan, who is making a documentary about the impact of the sea snot.

"The only thing to do is not to throw your waste into the sea," he said. "I think nature does not deserve this." 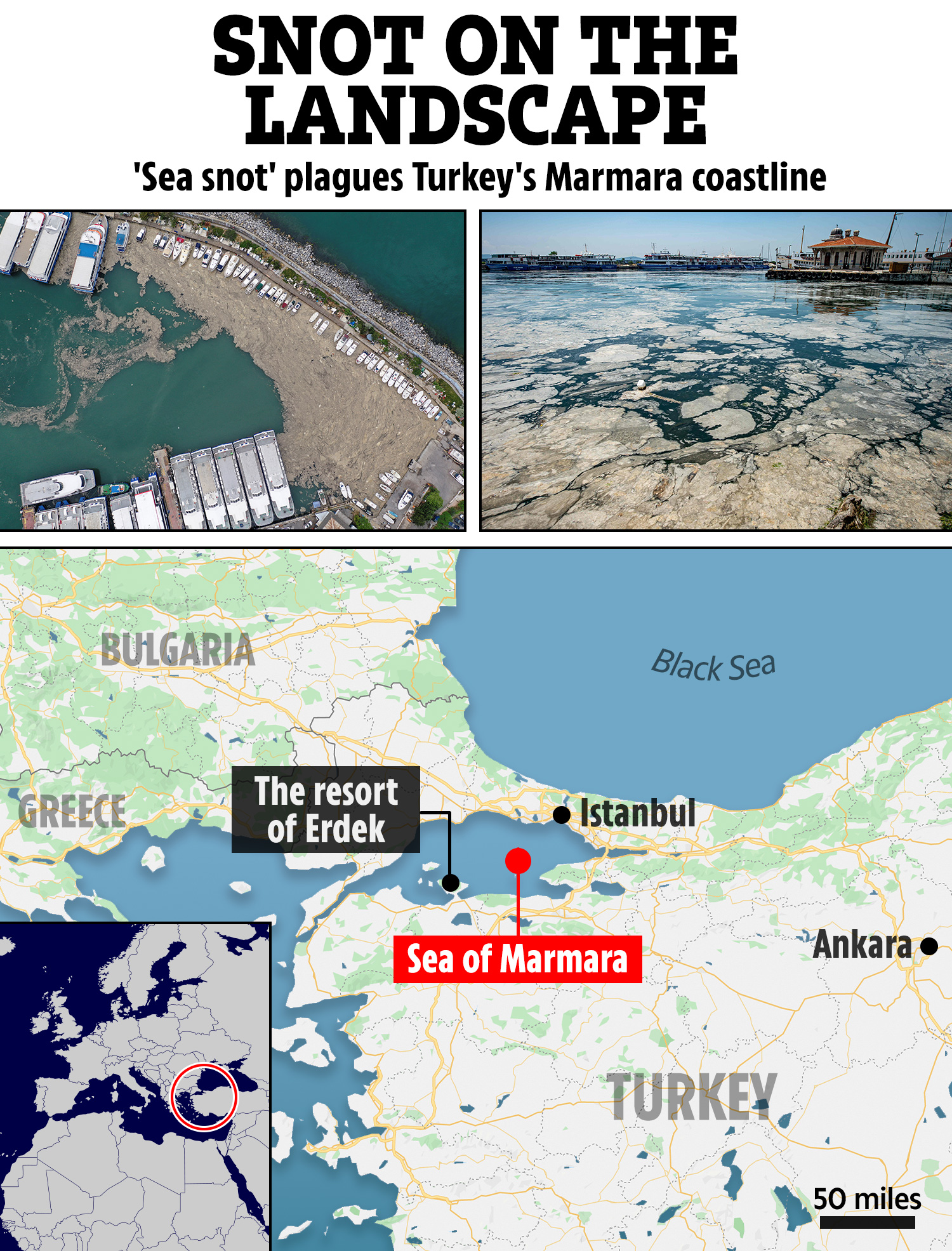 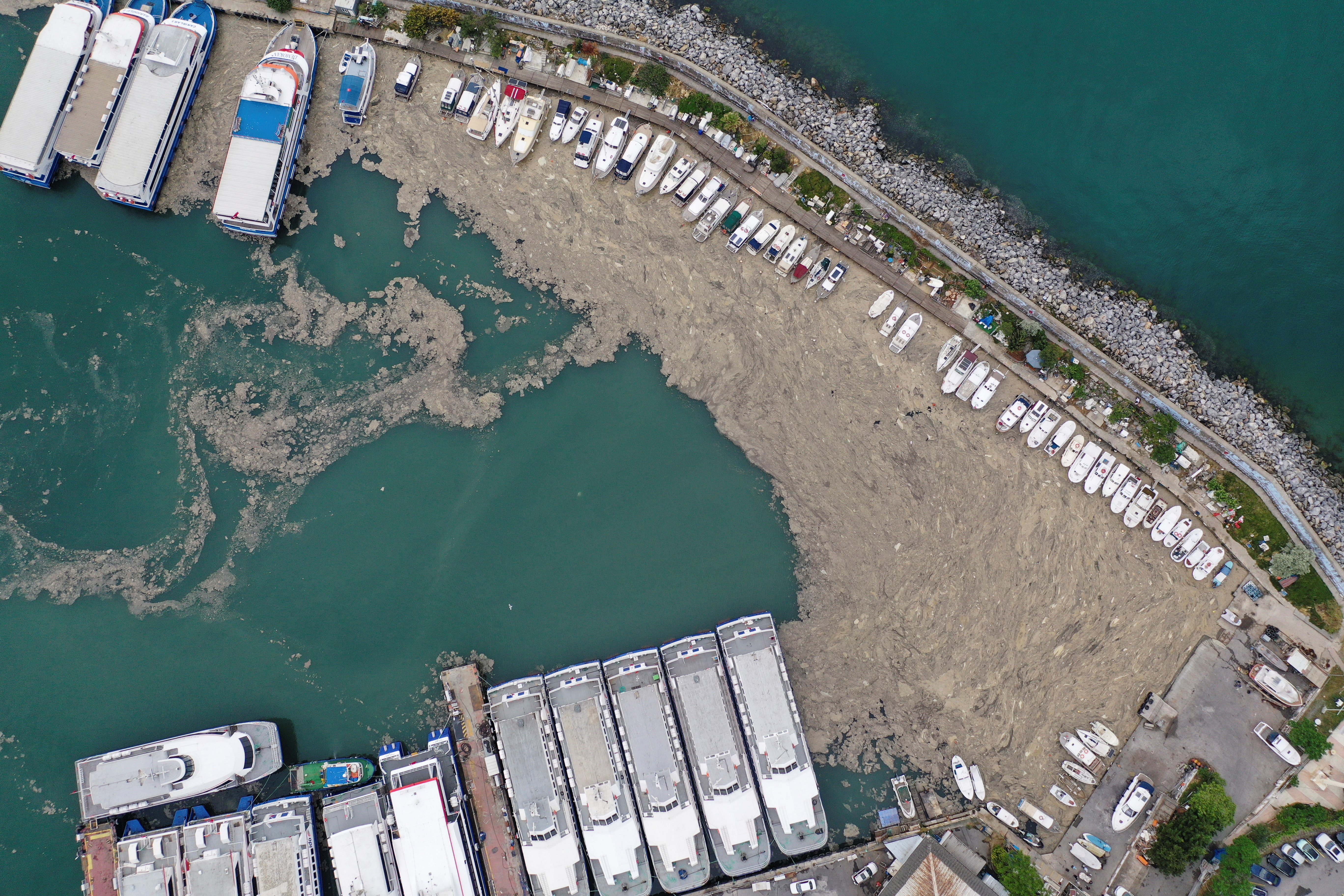 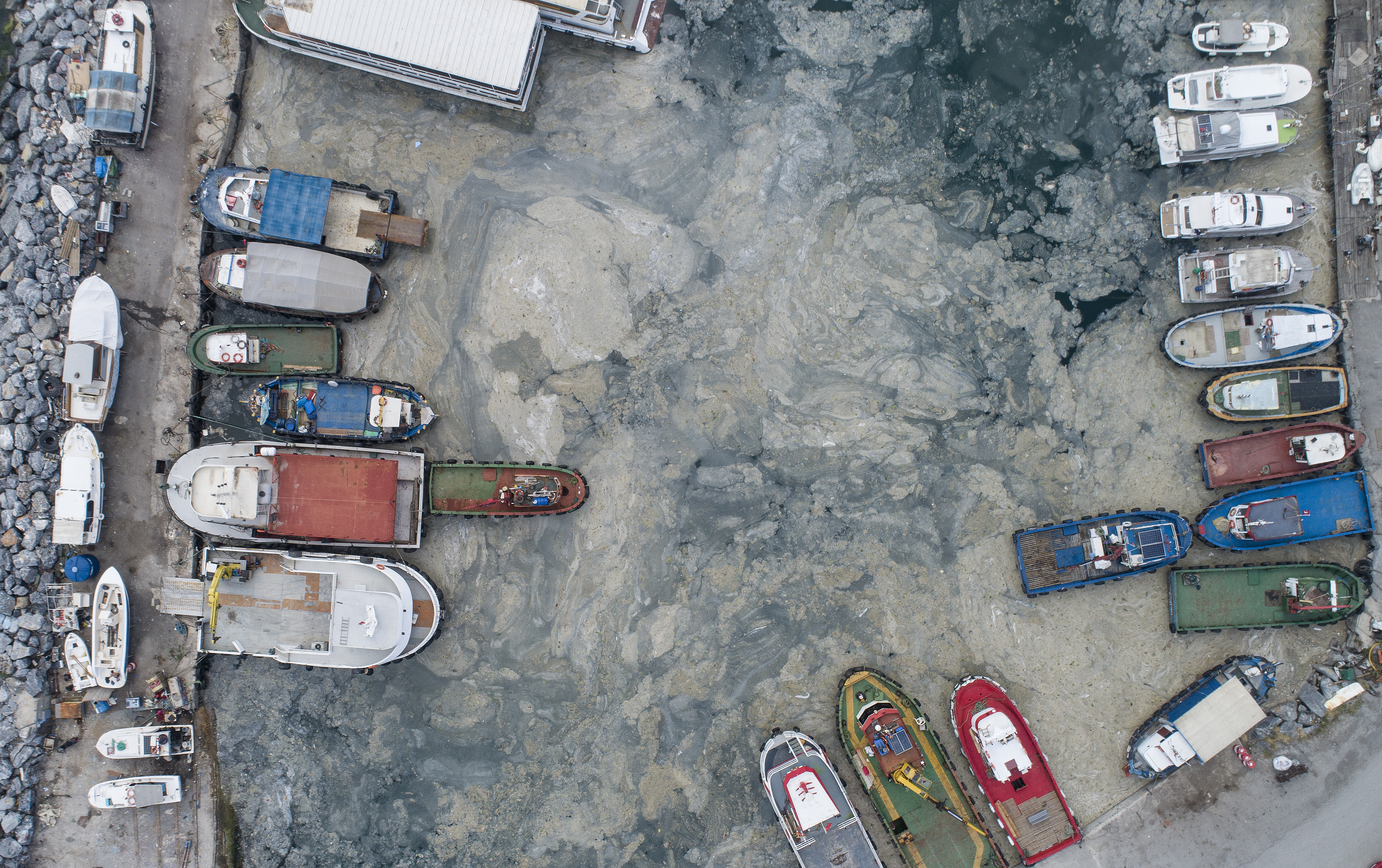 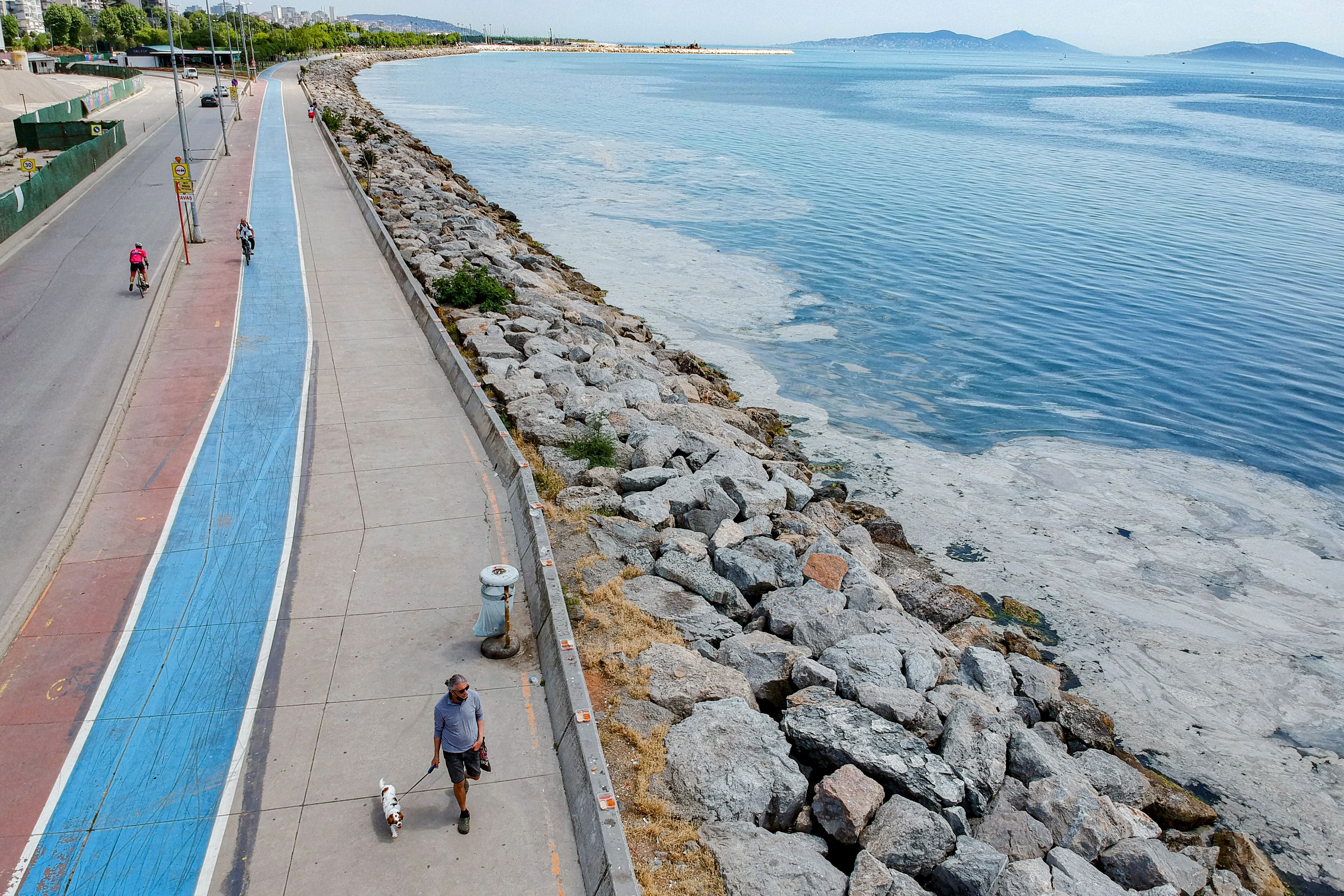 Experts linked the increasing amount of sea snot to high sea temperatures stemming from climate change as well as the discharge of untreated sewage into the sea.

Environment Minister Murat Kurum said the sea snot was a serious problem and a 300-strong team was assessing dozens of points in the Sea of Marmara as well as water treatment facilities and sources of pollution.

He said the government would bring together all concerned parties on Friday and announce an action plan to protect the sea on Sunday.

Hydrobiologist Levent Artuz warned that such ecological problems will continue unless there is a change in people's behaviour.

"As long as we carry on with those practices, it does not make much sense to expect different results. We will continue to encounter disasters like this," he said, pointing to the increased discharge of sewage into the waters in recent years.

Brits made more than 2.5million visits to Turkey in 2019, according to Government figures.

In April this year Turkey lifted the suspension of direct flights from the UK.

No Covid vaccination certificates will be required for international travellers entering the country, with only a negative PCR test result needed.