The Andrews government has shocked many by announcing it will seek to convert Victoria’s power supply to 95 per cent renewables by 2035. This shock no doubt stems from the fact it represents a huge change from what we are used to. For many, it seems inconceivable that such a vital part of our economy and our lives – our main energy source – could rely so heavily on the vagaries of the wind and the sun.

Yet looking through the rear-view mirror is not the best way to navigate forward. In fact, I would say that by 2035 our worry will not be whether we have enough energy – instead it is likely we will be swamped with vastly more than we can consume. We are potentially in danger of overestimating the difficulty of the task ahead, and wasting money and time on power projects we don’t need. 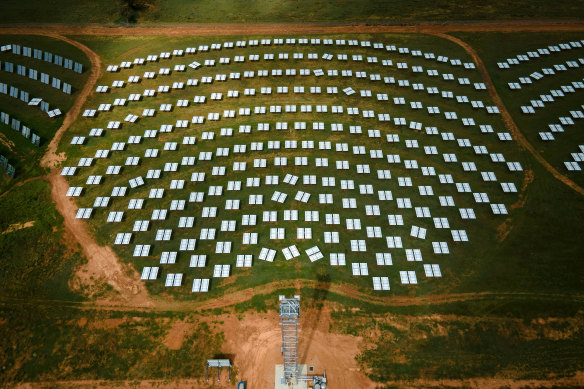 It turns out that decarbonising Australia’s electricity system is unfolding more quickly and easily than any expert anticipated 20 years ago, or even 10 years ago. What was thought to be impossible back then is now a regular occurrence in the electricity system. The South Australian grid had almost no renewable energy back in 2002, yet by 2005 regulatory authorities announced a halt to new wind projects claiming that the system could not cope with any more than 500MW of variable renewables. In 2022, over 2100MW of wind operates in the state without incident and another 600MW is under construction. The state also manages to accommodate 2500MW of solar. Renewable energy now regularly exceeds 100 per cent of South Australia’s power demand. And, importantly, the state also copes with the fact renewables can sometimes fall to very low levels of supply too.

In 2015, then energy minister Ian Macfarlane claimed we were running out of decent sites for wind farms and there weren’t any other feasible options to expand production of renewable energy. At that time wind provided 4.2 per cent of supply in the National Electricity Market, while solar supplied 2.2 per cent. Yet last year wind supplied 11.1 per cent and solar had expanded to 12.4 per cent. In Victoria, renewables grew from 9.9 per cent to reach over one third of supply last year. By 2025, Green Energy Markets estimate renewables will have reached 45 per cent of Victorian supply

In addition, the capacity of wind and solar projects proposed for future development in the country is far larger than it was in 2015. In fact, my firm’s database of proposed renewable energy projects stands at almost 260 gigawatts, by comparison Australia’s total coal and gas capacity is around 41 gigawatts.

Of course, running on 95 per cent renewables necessitates a massive expansion in the use of energy-storage technologies which right now face more challenging economics than wind and solar. Yet here, too, we could face abundance in 2035. Major vehicle manufacturers from Ford to GM, Mercedes, Nissan-Renault, Volkswagen and Volvo are planning to move to entirely electric fleets over the 2030s. With vehicle to grid technology, that is already available on some cars, this becomes a vast reservoir of stored power. To use the Ford’s F150 Lightning ute as an example, it can export 7 kilowatts of power to your home with a battery that is big enough to meet the average Australian household’s electricity needs for seven days straight without recharging. 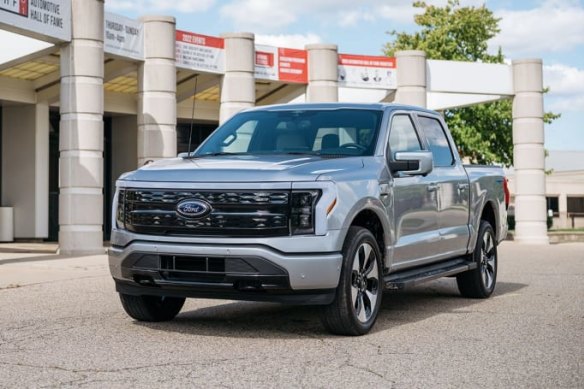 Electric vehicles like the F150 Lightning ute will be used as renewable energy storage batteries to power the home.

Australians buy about one million new cars per year. Multiply that out by 7 kilowatts and within five years you’ve got 35,000MW of power. To put that in perspective, Australia’s entire coal fleet is just under 23,000MW.

There are a multitude of opportunities for Australia and indeed Victoria to substantially expand its use of renewable energy.

But this is why things get problematic for the Andrews government’s nostalgic plan to revive the State Electricity Commission to deliver on its vision for 95 per cent renewables.

Many within government think that the answer is that bigger is better. Big offshore wind projects in Bass Strait, big power lines across the country and big batteries and big pumped hydro projects. They may be right.

But modular, mass-produced technologies, like solar and batteries, rolled out in homes and businesses and cars look extremely promising. They also can be rolled out far faster and with less community opposition than big power projects.

And why is offshore wind the right answer when there are lots of wind projects proposed onshore that cost half as much to build?

Given our wide range of options, we need a diversity of organisations and people trying different ideas, technologies and approaches, that are refined, improved and disciplined by competition. An all-powerful monolith like the old SEC is the very opposite of that.