A ‘touchy feely’ doctor who rubbed a transgender patient’s legs and invited himself round for a coffee has been struck off, a tribunal heard.

Dr Yousry Kamel allegedly made inappropriate physical contact with a woman, and crude remarks towards her, despite knowing she was vulnerable and had mental health issues.

A Medical Practitioners Tribunal heard today that during a consultation, the married doctor kissed the patient’s hand, felt her leg and said that as she was lonely he would ‘come to her house for coffee’.

While the woman was being examined, Dr Kamel was also said to have touched her feet and pushed them to his genital area, because he ‘liked having ladies feet pressed on him’.

The Isle of Wight doctor argued however, he could not have behaved in such a way towards her because he treated her as a man, and was not attracted to her. 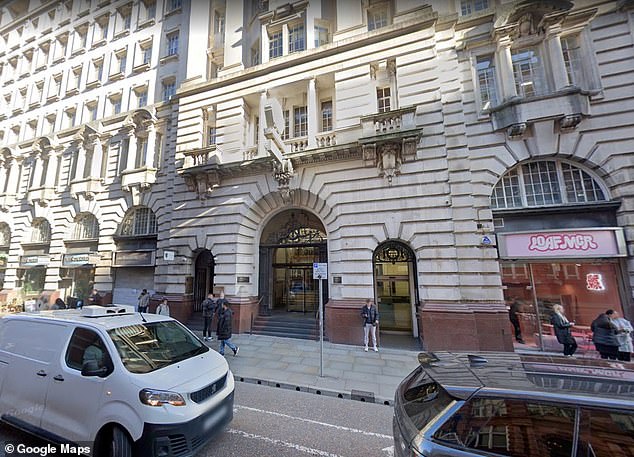 The specialist in Anaesthetics and Chronic Pain Management, behaved towards the woman – known only as Patient C – in a way which was equivalent to ‘grooming’, the tribunal heard.

The doctor was said to have made ‘inappropriate physical contact’ and ‘inappropriate comments’ towards Patient C, during various consultations she attended.

In handwritten notes made after the 2014 incident, Patient C said: ‘Don’t feel comfortable with Dr Kamel.

‘He keeps rubbing my hands and squeezing them and touching up and down my legs.

‘If this is the treatment then it is upsetting me. A bit pervy I think.’

This complaint was found to be ‘troubling’ and the tribunal described it as ‘grooming’ behaviour.

Dr Kamel had also behaved in a similar way towards a second patient at the Isle of Wight NHS trust where he had been working since 2011, the tribunal heard.

The panel was told that Dr Kamel asked Patient D ‘if she had tattoos in other places he couldn’t see,’ and told her ‘all sorts of things about himself’.

The doctor also allegedly asked the woman where she played bingo, and at what time she went there and returned home.

He was also known to be ‘touchy feely’ at work, having behaved inappropriately around two junior female colleagues, the tribunal heard.

The ‘over familiar’ doctor kissed the hand of his colleague, Ms A, put his arm around her, stroked her face with his hand and told her she was ‘far too beautiful to be single,’ it was alleged.

A second junior colleague, Ms B, made similar claims, and said Dr Kamel had tried to hold her hand on several occasions and that he had been ‘touchy feely.’

The woman also alleged Dr Kamel had ‘pinned her into the corner’ of the coffee area, and had asked her out for a drink.

Ms B later warned other health care assistants: ‘You need to watch yourself,’ and that she felt he was ‘creepy’.

The tribunal concluded there was a ‘degree of vulnerability and a power imbalance between the complainants and Dr Kamel’.

There was a ‘strikingly similar pattern of misconduct in targeting vulnerable patients to whom he was in a position of trust,’ the tribunal ruled.

The tribunal then ordered that Dr Kamel’s name should be erased from the medical register, and an immediate suspension order was imposed.