This is the heart-breaking moment a pet dog desperately tried to wake up a dead cat after finding it lying in traffic in south-western China.

The dog, called Black Panther, dragged the feline’s body to the side of the road and repeatedly attempted to revive it.

The motionless moggie had allegedly been hit by a passing vehicle and left in the middle of a road. 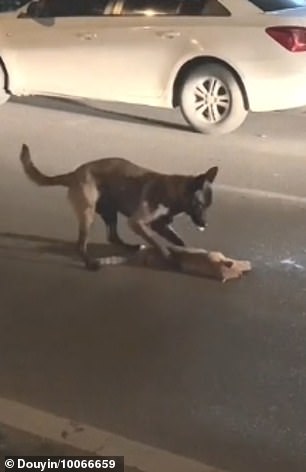 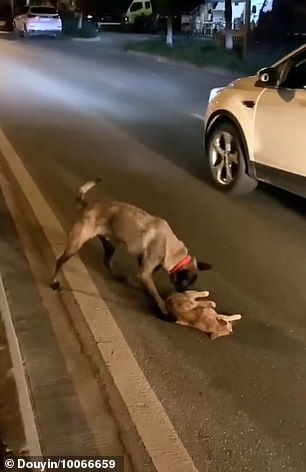 The moving scenes took place on the night of October 28 in the city of Guangyuan in Sichuan Province.

According to the video uploader, the cat had been run over by a vehicle when the dog saw it.

Trending footage on Douyin, the Chinese version of Tik Tok, shows the dog sniffing the deceased cat and the surrounding ground when cars drove past them slowly.

At one point, the dog used its paw to nudge the cat’s body a few times, seemingly trying to wake it up.

It also pulled the cat’s corpse to the side of the road with its mouth and forelegs. 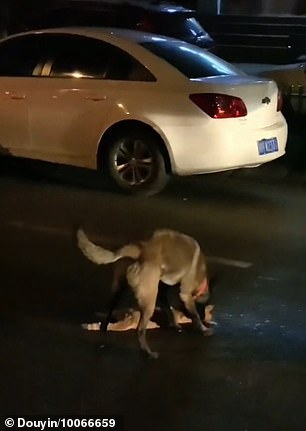 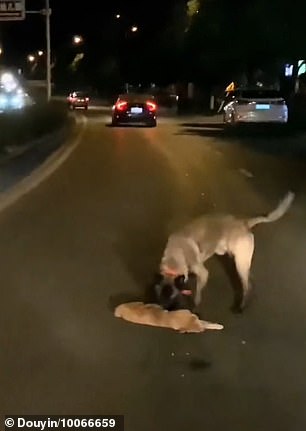 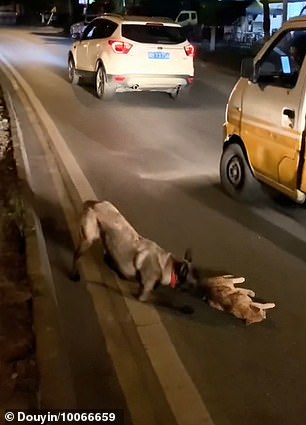 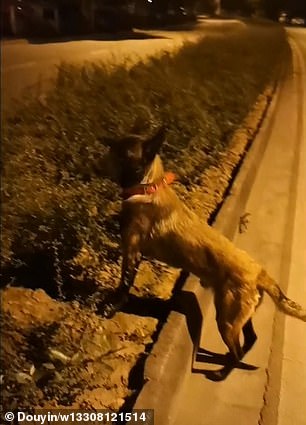 The dog’s owner said he took the pet back to the site later but the cat had been buried. He claimed that the dog, called Black Panther, would not stop looking for the moggie (right)

The dog’s owner was only informed of Black Panther’s actions after watching footage of his pet on social media. He said he wasn’t at the scene.

‘A Good Samaritan dog, my beloved Black Panther,’ the man wrote on Douyin.

The owner explained that Black Panther was strolling in the neighbourhood on its own at the time. He noted that the pet knew how to avoid cars.

He claimed that he took Black Panther back to the site the same night to look for the dead cat, but street cleaners had buried it.

He added that since the incident, Black Panther would not stop looking for its feline friend whenever they went out.