Footage shows officers chasing people from Washington Square Park and into the streets of Greenwich Village as they impose the early closing time which was aimed at cracking down on antisocial behavior. 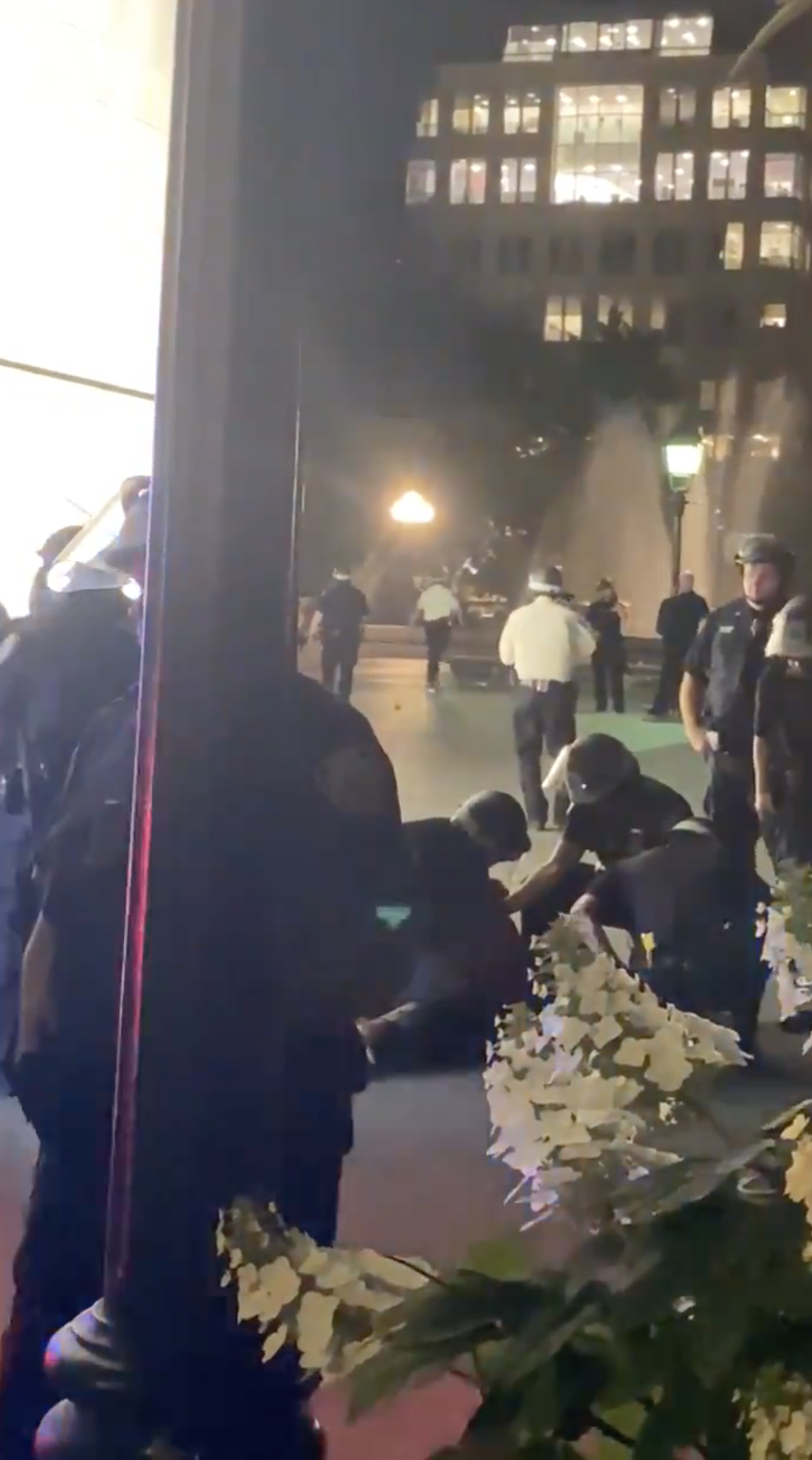 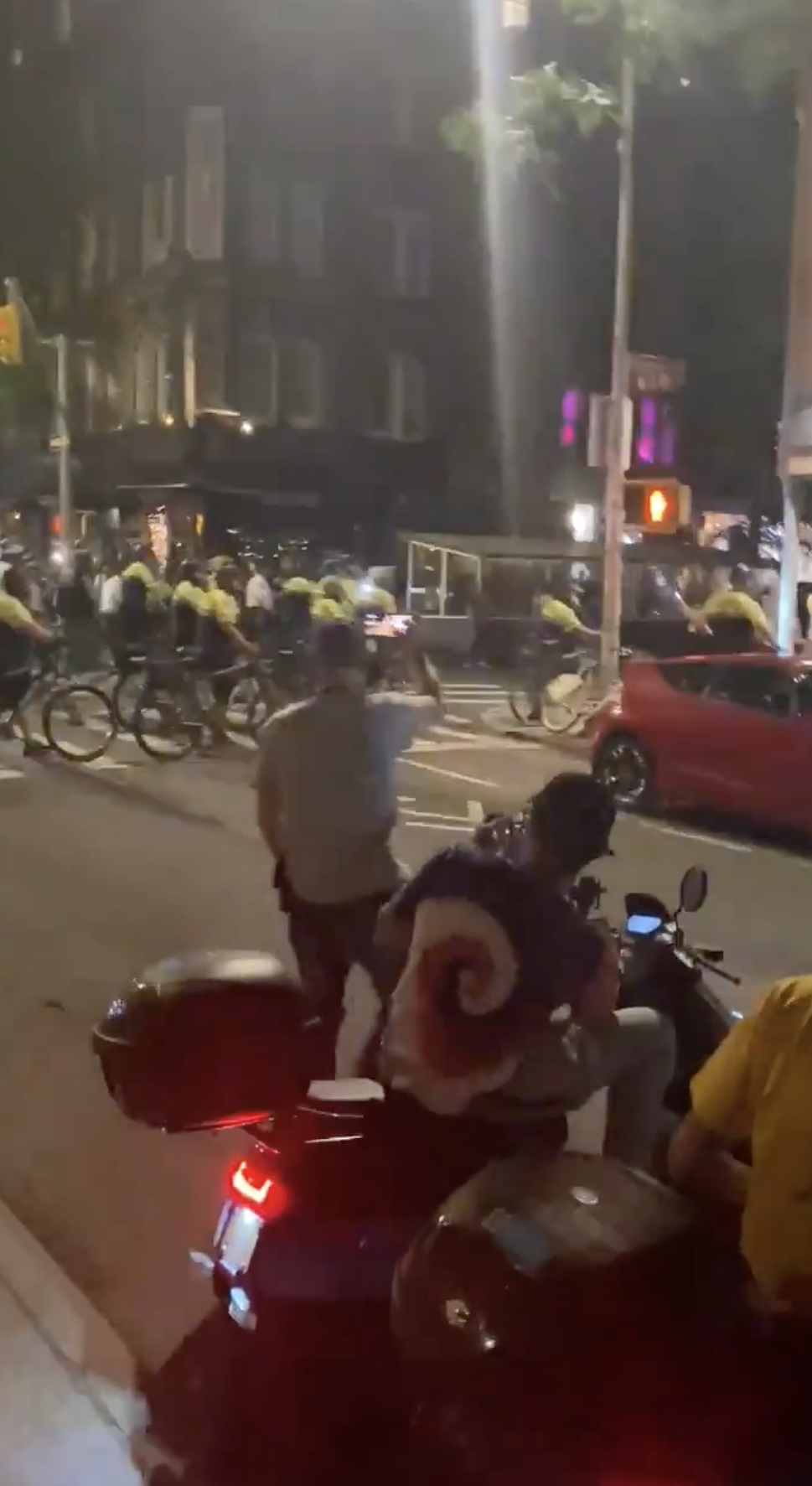 At least 22 were arrested and five police officers injured.

The park has long been a place where students and musicians meet.

But there is also now a large homeless encampment in one corner.

In recent months the park’s northwest corner has turned into a crack- and heroin-filled "drug den",

Meanwhile, booze-soaked raves around the central fountain have been keeping neighbors up and trashing the historic green space.

Usually it shuts by midnight.

But in a bid to stem the chaos, a 10pm closing time was brought in.

Video showed officers arriving to enforce the curfew by forming a line and yelling at people to “move back,” with revelers warned to voluntarily leave the park or be arrested.

As the mob became angry, cops could then be seen using physical force, including pushing and grabbing as they tried to separate those defiantly forming a human chain.

Officers behind barricades could be seen firing an unknown substance at a man who lunged at them. 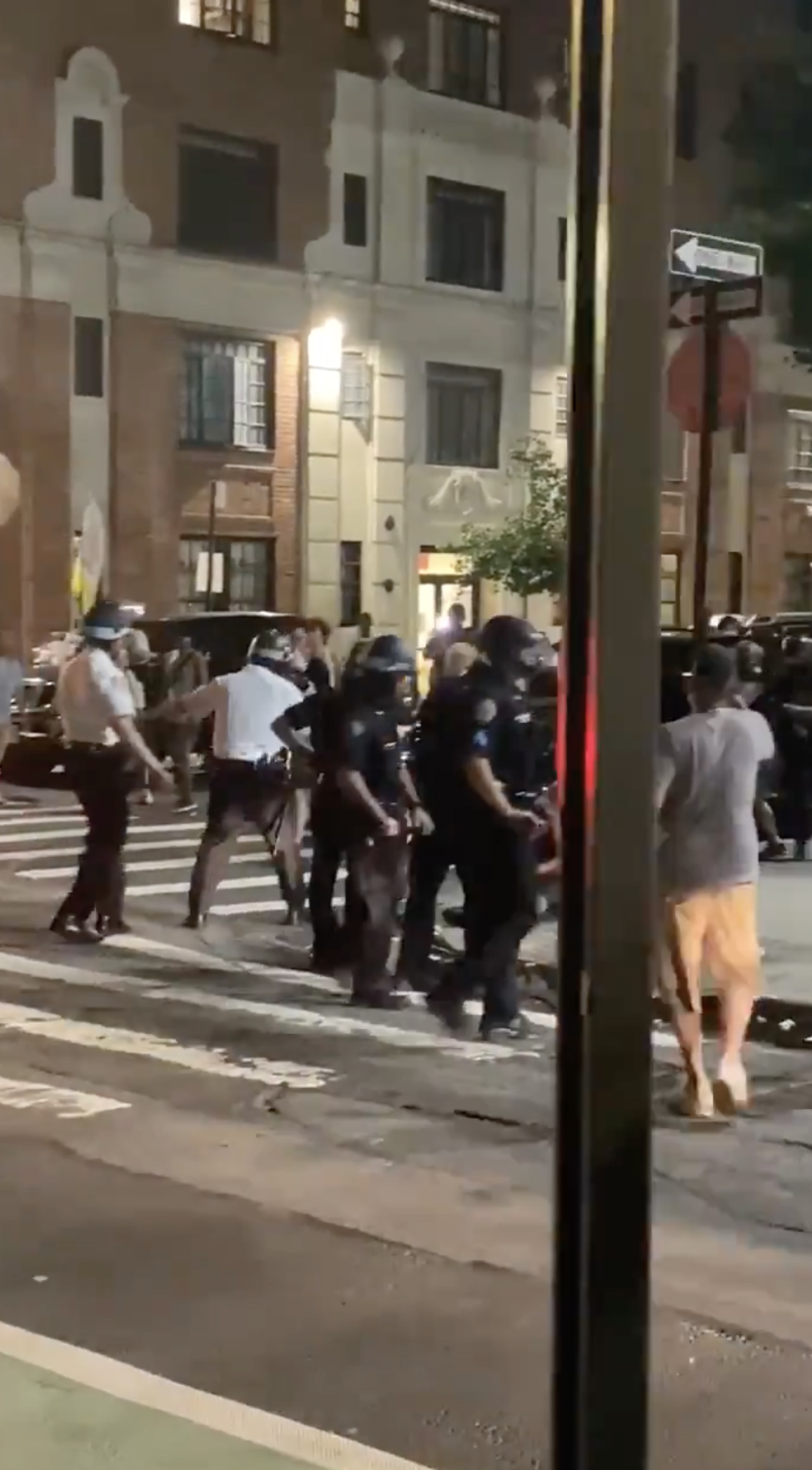 Revelers were then herded down Thompson Street, away from Washington Square Park, amid skirmishes with officers.

Officers could also be seen with a suspect who appeared to be handcuffed on the ground.

A cop was hit by a garbage can while another pulled their shoulder while making an arrest. One suffered a possible broken finger, and two officers were hit with bottles, according to sources.