Draymond Green has rejoined the Golden State Warriors, and it would be understandable if the mood were a bit tense after his punch of teammate Jordan Poole. He's just trying to move past it.

The veteran spoke to reporters Thursday for the first time since stepping away from the team, and there was no shortage of topics. While Green was away, Warriors head coach Steve Kerr announced Green would be fined but not suspended for the punch, though his future with the club is still quite cloudy.

As for the current challenge of playing alongside a man you punched in the face amid a simmering feud, Green pointed to his professionalism.

Draymond Green addresses his 'business relationship' with Jordan Poole after first practice back with Warriors since punch.

"Jordan's a professional and I'm a professional. We have a job to do…We're gonna do what it takes to win, and I think that's the most important thing." pic.twitter.com/mbUcd7ASSf

Green's take on the situation:

"As far as us moving forward, Jordan's a professional, I'm a professional. We have a job to do. We both have experienced a lot of winning over the course of our lives and we know what that takes. So we're going to just that, what it takes to win."

Green remains under contract with the Warriors for this season on a $25.8 million salary. After that, he has a $27.6 million player option for next season, the status of which likely depends on how this season goes. At the same time, the Warriors owe Poole an extension, which would stretch the NBA's most stretched balance sheet even moreso.

When asked about his outlook on the future, Green said he didn't expect to sign an extension with the team and indicated he remained undecided on exercising his option.

"My general view of the year is I'm here this year trying to win a championship. I have a contract that ranges through next year. If I so choose to pick up that option, that is my view of how it will be here. We all have a goal to win a championship and that is that. As far as what I think of a contract or an extension, we started camp and I spoke on that at the very beginning, I said 'I don't think we're doing an extension.' Quite frankly, that doesn't mean I won't be back here, I just don't think we're doing an extension this year.

Even if they aren't spoken, those questions won't go away as the 32-year-old Green enters a potential contract year. But as the Warriors have shown for several years now, winning can brush all kinds of issues under the rug. 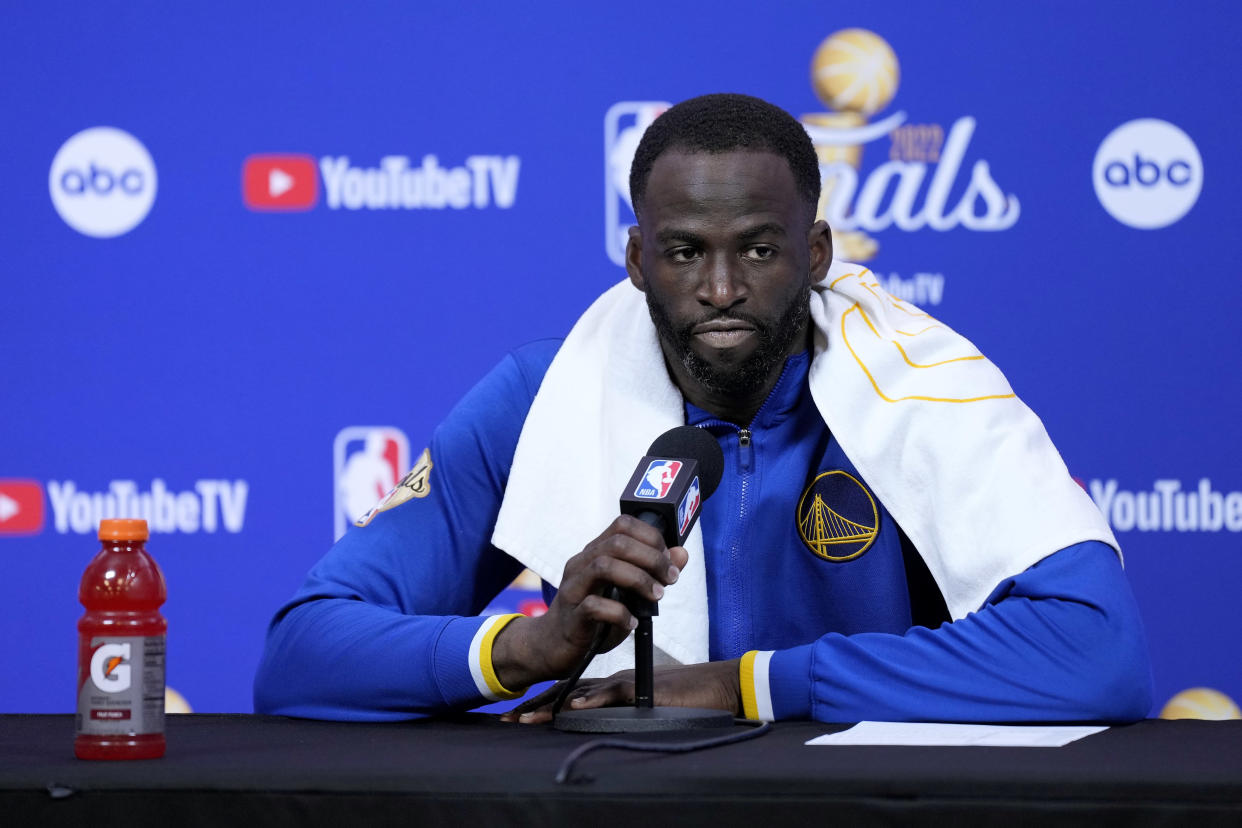