Drink-driving barmaid, 31, who scarred six-year-old boy for life when she crashed BMW which also had baby in the back seat avoids jail after saying she turned to drink following death of her new-born daughter

A barmaid who left a little boy scarred for life after she drunkenly crashed her BMW whilst almost three times the alcohol limit has been spared jail.

Terri Parker, 31 left the six-year-old with a broken arm, broken leg and a cut to the forehead after she ploughed her 320D SE car into a stationary vehicle and then a fence whilst speeding around a bend.

Inquiries revealed the crash occurred whilst the boy and another six-month-old child who escaped unhurt were passengers in the back of the BMW.

A court heard the boy who was not wearing a seatbelt, now has a ‘significant scar’ to the side of his face and walks with a limp.

Parker, from Ellesmere Port, Cheshire who had been looking after the youngsters later claimed she had been binge drinking after the death of her new-born daughter.

Tests showed she had 238 milligrams of alcohol per 100 millilitres of blood in her system, the legal limit being 80mg. 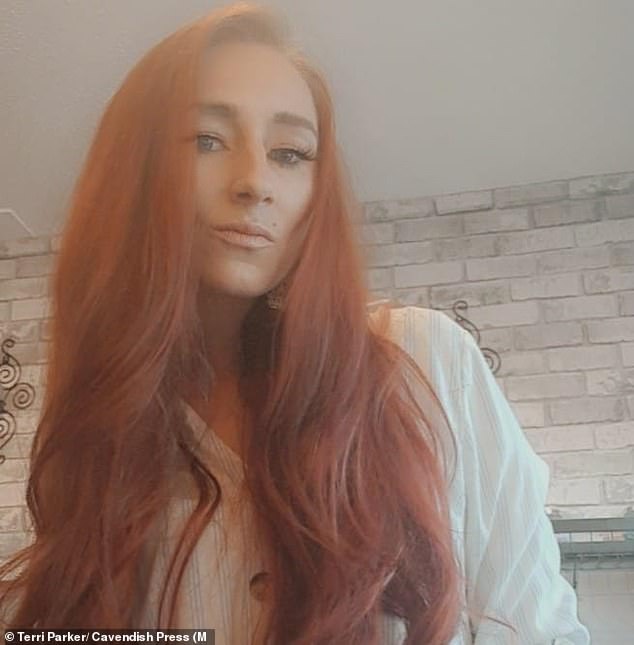 Terri Parker (pictured), 31, left a six-year-old boy with a broken arm, broken leg and a cut to the forehead after she ploughed her 320D SE car into a stationary vehicle 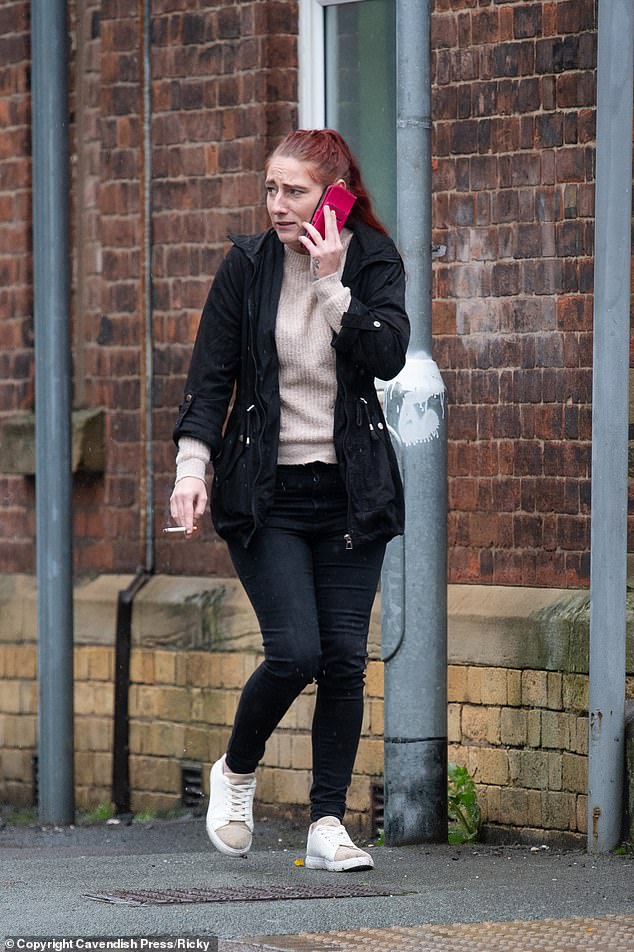 At Warrington Magistrates’ Court, Parker pleaded guilty to drink driving and two charges of being drunk in charge of the children 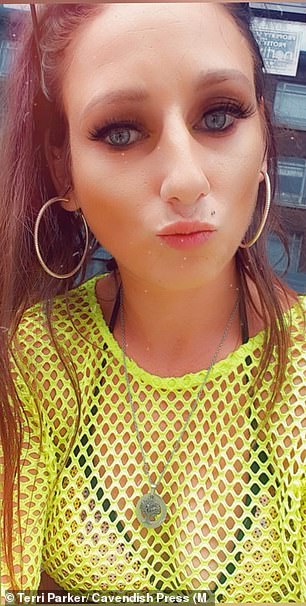 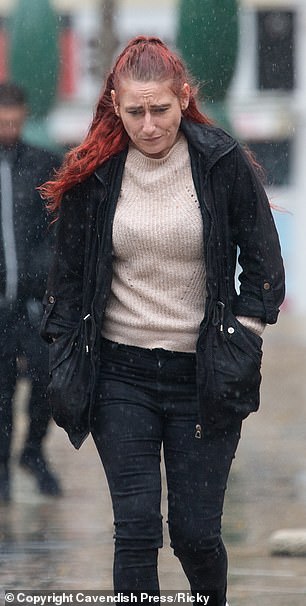 Tests showed Parker had 238 milligrams of alcohol per 100 millilitres of blood in her system, the legal limit being 80mg.

At Warrington Magistrates’ Court, Parker pleaded guilty to drink driving and two charges of being drunk in charge of the children – both of whom cannot be identified for legal reasons. She was sentenced to eight weeks jail but the term was suspended for 12 months.

Prosecutor Emily Comer said that police were called by ambulance services after an accident on Thornton Road in Ellesmere Port at around 9pm on April 10 of this year.

‘The report related to a traffic collision,’ Miss Comer said, ‘The vehicle had been seen speeding around a corner. Police vehicles attended the scene. A white BMW had crashed into a parked vehicle causing substantial damage.

‘She was clearly intoxicated. There were two young children with her, one of the children was six months old and the other six years old.

‘The injuries sustained included a broken arm, a broken leg and cut to the forehead. Medical treatment was received. ‘The defendant provided a breath test reading of 107mg at the roadside. The drink drive procedure was completed at Chester Hospital where blood was taken.

The prosecutor told the court that Parker had no previous convictions. She added that the drink driving offence was aggravated by a child being injured.

Solicitor Peter Barnett, representing Parker, said that she had been binge drinking due to the trauma of losing her newborn daughter six months previously. 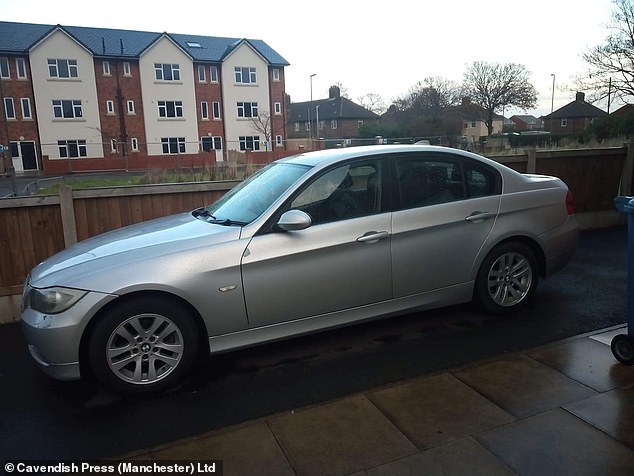 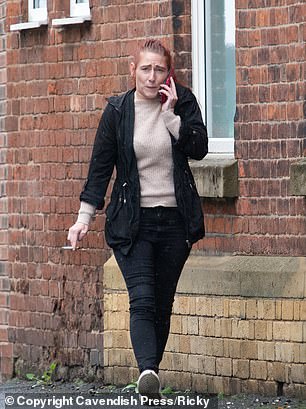 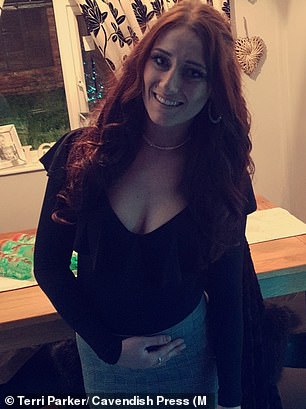 Parker provided a breath test reading of 107mg at the roadside, the court heard. The later reading was 238 mg of alcohol per 100 ml of blood

‘Prior to the birth she was a social drinker,’ he said. ‘She occasionally went out and had acceptable levels of drink. She did not drink to excess. However, when the girl died she was left suffering from anxiety and depression.

‘She did not think through the consequences of what she was doing. It was poor decision making.

‘She did not have a coat for the boy. The push chair was in the boot of the car but instead of getting it out of the boot to walk home she decided to drive the two or three streets home.

‘She clearly collided with a parked car, accelerated by accident and crashed into a fence.

‘Nobody could be more remorseful than her and she has accepted that she has caused the scar. I would struggle to argue does not cross the custody threshold but you have to consider whether it can be suspended. My argument is that it can be suspended.

‘She was suffering anxiety and trauma resulting from a significant incident in her life. With the trauma, the lack of previous convictions, the clear remorse, I would argue that the sentence can be properly suspended.’ 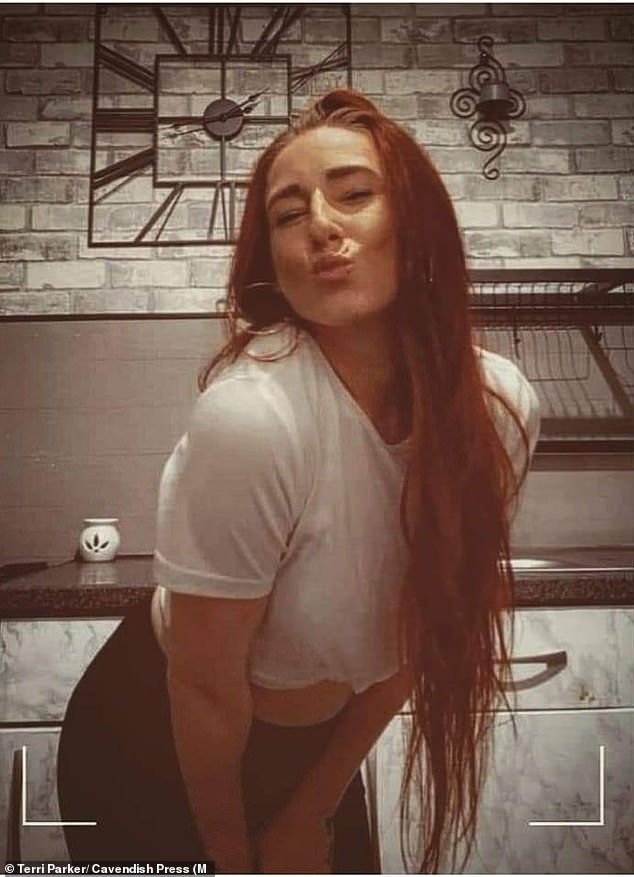 Mr Barnett said, ‘She is not minded to consider driving in the near future. Even after the period of disqualification ends she may not want to consider driving for several years. She has also not had a drink since the incident – it has clearly had a significant effect on her.’

Parker will have to undertake 20 days of rehabilitative activity and complete a 90-day alcohol abstinence monitoring program. She was banned from driving for two years and ordered to pay £274 in costs.

Chair of the bench Elizabeth Jeddes said: ‘With regard to the excess alcohol offence, it’s quite a high reading, aggravated by the serious road traffic collision with two children in the car. One was not restrained and injury was caused to that child.

‘In looking at our guidelines and the aggravating factors, we believe that it has crossed the custody threshold – however, we believe that there is a realistic prospect of rehabilitation so we will suspend the sentence today. That means you are not going to custody today.’