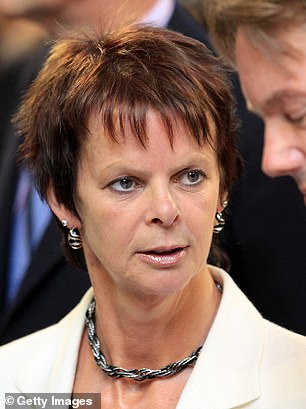 The Guildford MP, who has spend nine years in various Government posts, is the latest senior minister to walk out ahead of an expected Johnson administration

A senior Remainer Tory minister walked out this morning with a savage barb at incoming Tory leader Boris Johnson’s plans for Brexit.

Education minister Anne Milton quit her post minutes before Mr Johnson was elected, saying  she had  ‘grave concerns about leaving the EU without a deal’.

The Guildford MP, who has spend nine years in various Government posts, is the latest senior minister to walk out ahead of an expected Johnson administration.

All were expected to lose their jobs when Mr Johnson won and chose his new administration.

In her letter to Mrs May, Ms Milton said: ‘I have always believed that our departure from the European Union should be centered around future co-operation, and I had sincerely hoped that we would be able to leave the EU in March with a deal.

‘I regret very much that this was not possible.

‘However, I have grave concerns about leaving the EU without a deal, and so I feel it is time for me to return to the backbenches. 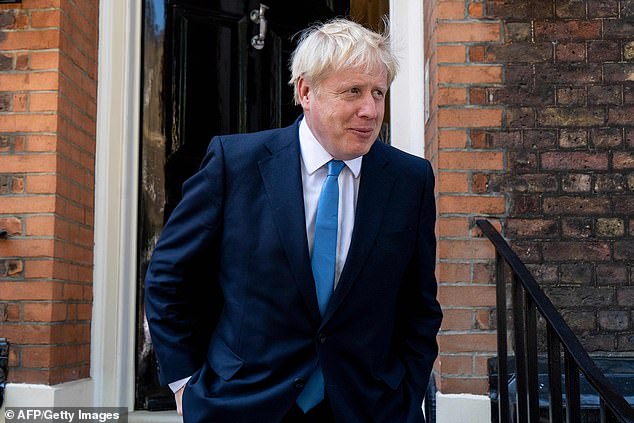 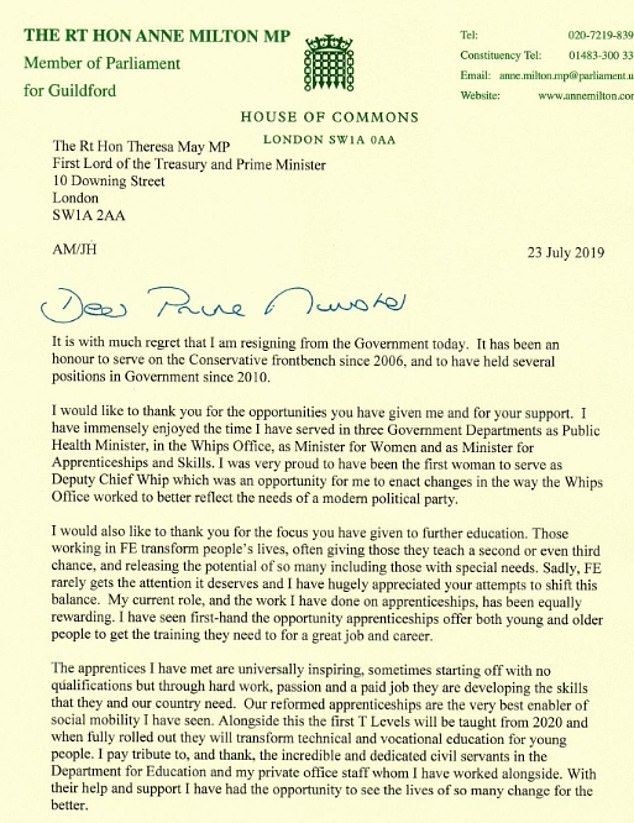 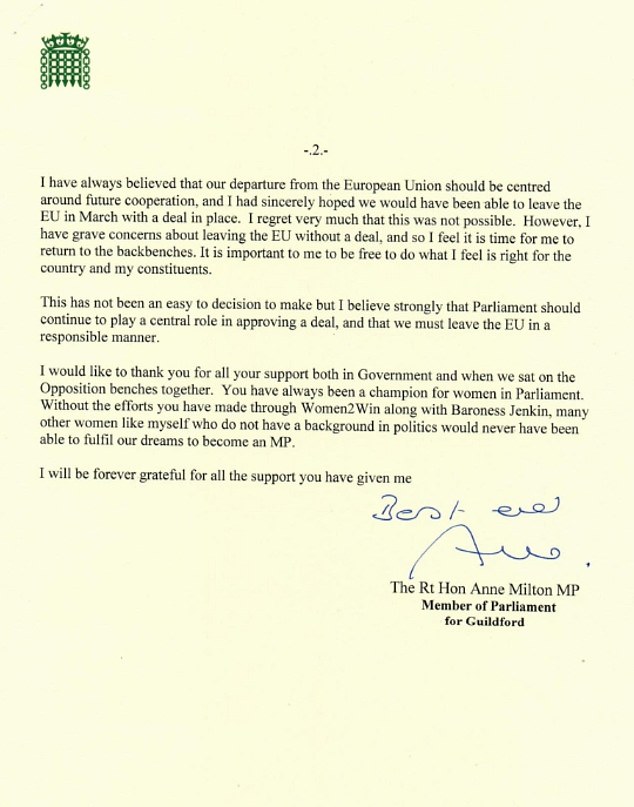 ‘It is important to me to be free to do what I feel is right for the country and my constituents.

‘This has not been an easy decision to make but I believe strongly that Parliament should continue to play a central role in approving a deal, and that we must leave the EU in a responsible manner.’

Following Ms Milton’s resignation, shadow education secretary Angela Rayner tweeted: ‘I wish you all the best Anne and it was always engaging working with you to improve education.

‘You always recognised and championed the need for more funding & focus on FE (further education).’

Mr Gauke confirmed he would quit as Justice Secretary tomorrow.

He tweeted: ‘Congratulations Boris Johnson on being elected as Leader of the Conservatives and PM.

‘An honour to serve in Cabinet at the Ministry of Justice, Department of Work and Pensions and the Treasury under Theresa May.

Sir Alan Duncan – a long-time foe of Mr Johnson who was once his deputy at the Foreign Office – announced his resignation yesterday morning on the eve of the new Conservative leader being installed.

And he immediately tabled an emergency motion to force a Commons vote on whether Mr Johnson had the right to form a government.

The explosive tactic was seemingly designed to expose Mr Johnson’s wafer-thin majority and stop him ever taking office, despite Sir Alan saying he would have supported the new Tory leader. However, it was blocked by the Speaker as breaking Parliamentary procedure.

It underlines the mammoth task facing the new premier to hold the Tories together amid furious infighting over Brexit.

One Tory MP told MailOnline the idea pushed by Sir Alan was ‘bonkers’ and showed that he was ‘dripping in arrogance’. 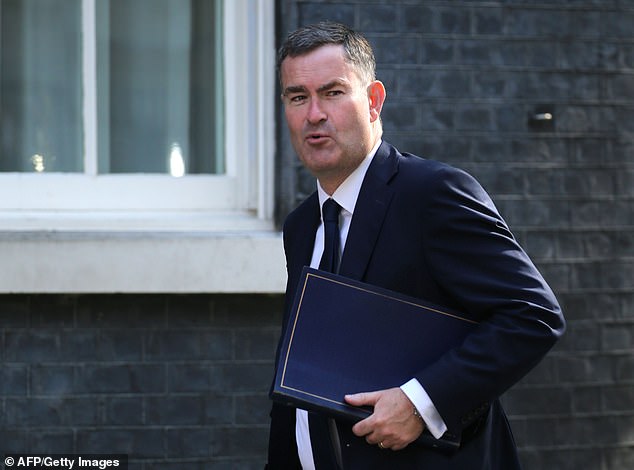 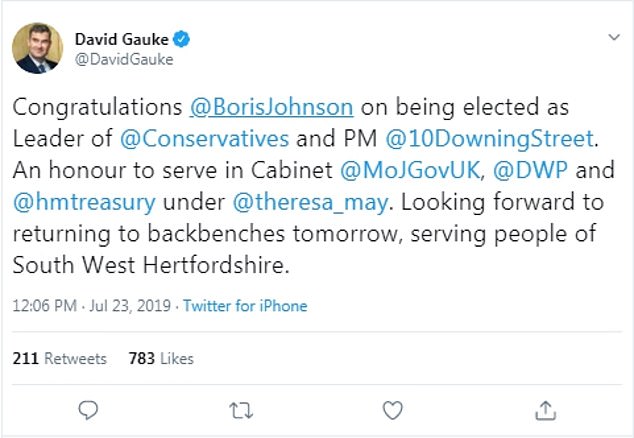 After her resignation, Ms James told the BBC’s Newsnight programme she had become ‘increasingly uncomfortable’ with the direction of travel on Brexit.

‘Over the course of the last few months I’ve been increasingly uncomfortable about the way the rhetoric is developing on Brexit,’ she said.

‘My constituents voted to leave in Stourbridge by 70 per cent, so I’ve honoured that commitment, voted for the prime minister’s deal three times, but when that didn’t get through parliament I became more and more worried that there is the potential to crash out with No Deal at the end of October.

‘The fact that Boris Johnson, and he hasn’t won yet by the way but obviously he may, is not ruling out proroguing parliament, I felt that this time that rather than just abstain I would vote for the amendments that will make it more difficult.

‘Nothing has been easy, but today I do feel better in that I have still been loyal to what my constituents voted for but I don’t wish to risk parliament being shut up in order to push a no deal Brexit through, which I don’t think people voted for.’