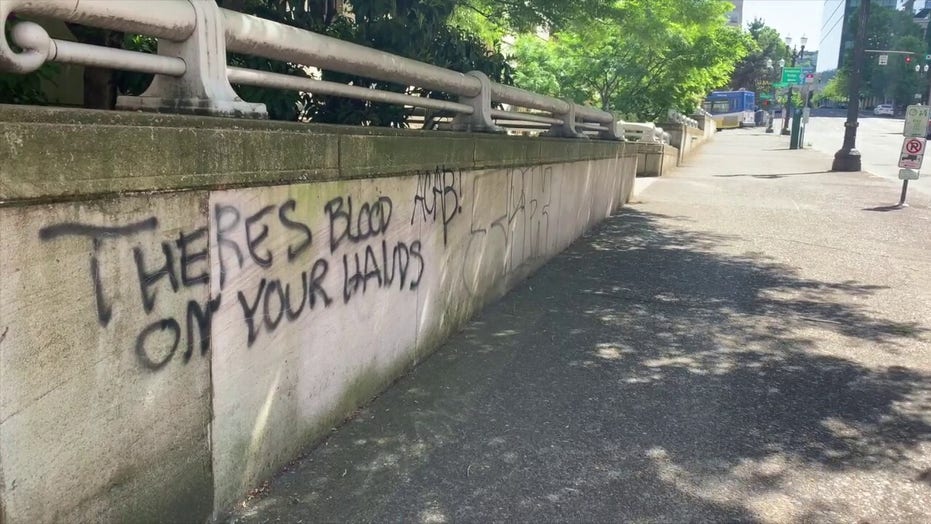 “Mayhem” awaits you in Portland, Oregon, according to a greeting scrawled in white spray paint on a highway sign heading downtown. More graffiti, abandoned cars and trash covered encampments litter almost every off-ramp along the way. 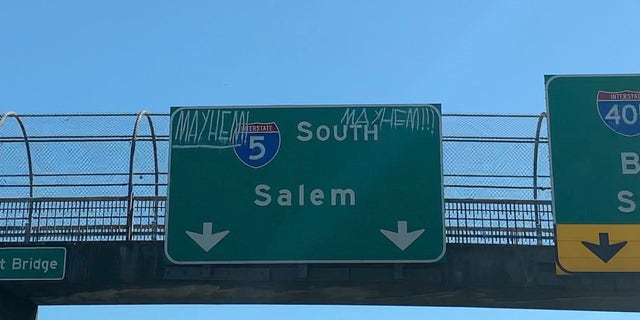 Portland’s reputation has plummeted. According to the Urban Land Institute, in 2017 the city was the third most desirable real estate market in the U.S. This year, it dropped to 66th.

After more than 100 consecutive days of riots last year, Portland’s reputation has plummeted. According to the Urban Land Institute, in 2017 the city was the third most desirable real estate market in the U.S. This year, it dropped to 66th. One local TV station, KOIN, is now asking, “Is Portland Over?”

“Downtown is like a ghost town now during the day and at night,” said Turner. “The Old Town area is almost unbearable to be down there at any point in time. The city has changed so drastically, it would almost look like close to some of the apocalyptic films you see on TV,” said Turner.

The mayor’s office claims much of downtown’s plight can be blamed on the pandemic. Mayor Ted Wheeler’s budget includes $5.7 million for a citywide cleanup, graffiti removal and a program to provide jobs for homeless people, but it also includes a call to defund the police department by another $3,000,000.

The budget was recently approved by city council, despite a recent poll showing that a majority of Portland residents reject the push to diminish police presence in the city.

“Everybody here is afraid that they are going to be vilified,” said one active-duty officer, speaking on condition of anonymity because they are not authorized to talk to the press. “City Hall has basically said that it is not good politics to give the police money.” 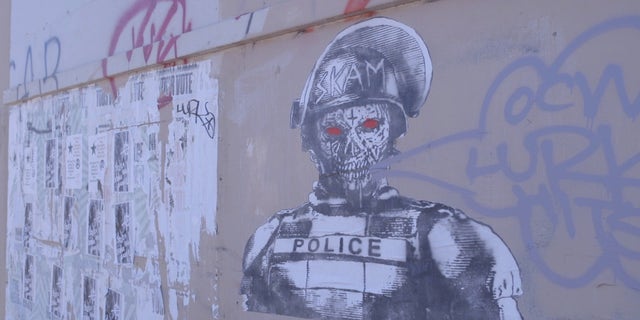 Morale in the Portland Police Bureau is at an all-time low. Since 2018, a total of 260 officers have quit or retired, according the police union. Another 10 turned in their badge last month.

“Life wasn’t like this when I signed up to be a cop,” said the 15-year veteran. “There is no incentive to arrest anybody at this point unless you’re a murderer.”

Defunding and diminishing ranks has put public safety at risk, according to Turner. He said that eight years ago, response time to calls was about 2 ½ minutes, now it’s over 8 minutes.

“I think there’s a road to redemption, but I think we’re hitting pretty close to bottom,” he said.