An inquest into the death of a Melbourne grandmother who was hit by a car found no issues with Victoria’s licensing system despite questions about how the illiterate driver, who was found to have the IQ of a young child, was issued a learner’s licence.

The L-plate driver was unsupervised when she lost control of a car while trying to perform a U-turn and hit and killed Georgina Serbec, 65, who was waiting for a bus in Deer Park in February 2016. 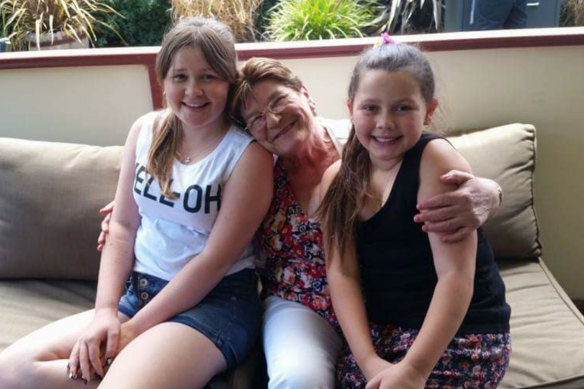 Georgina Serbec (pictured with her granddaughters) was hit and killed by a car driven by an unsupervised L-plate driver.

Medical reports for the criminal case in 2019 found the 55-year-old driver, who cannot be named for legal reasons, had profound cognitive impairments, including an IQ score of 41, complete illiteracy and the inability to draw the shapes of a triangle or a square.

A judge at the time said the driver “should never have held a learner’s permit”.

The Serbec family pushed for an inquest to find out how the driver passed her learner’s test and whether there were weaknesses in the licensing system. They questioned whether someone else could have taken the woman’s tests for her, or if a translator might have assisted.

Following the inquest that began in February, coroner Sarah Gebert on Thursday found there was not enough evidence to suggest someone helped the driver pass her test – which included an eye exam – or that another person sat the test instead of the woman. 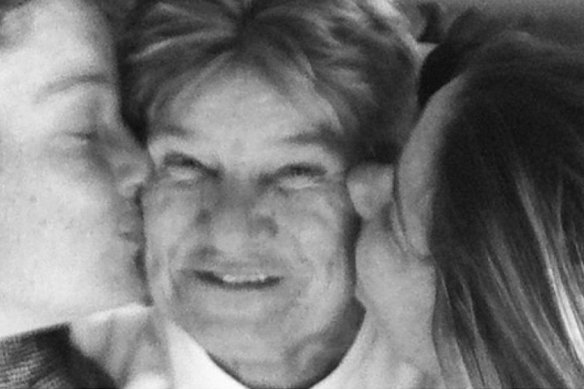 Georgina Serbec’s family say they were devastated by the coroner’s findings.

“I consider there is no proper basis within the scope of this investigation to further examine the conclusions reached by the Department of Transport regarding the tests documented to have been passed by the driver in 2010 and 2015, in particular the robustness of the security measures in place at the relevant times,” Gebert said in the Coroners Court.

She was “unable to find any systemic issues” related to Serbec’s death and could not formulate any prevention recommendations.

The inquest heard the driver failed a test for her P-plates a week before the fatal crash.

“I was that scared with her driving that I had to raise my voice to her to get her to listen,” the driver’s tester said.

“She has no awareness of her surroundings, that being people or cars. She is a very erratic driver.”

The tester also said the driver failed to recognise road markings or signs.

Department of Transport director of registration and licensing Jacqui Sampson told the inquest she did not believe someone had sat the test for the driver but said the woman’s family had questions to answer.

“If the family members are giving testimony about the challenges the mother has in navigating everyday life, then I … question their role and responsibility from a road safety perspective … as to why they would be encouraging their mother to get a licence in the first place,” she said.

The transport boss acknowledged there were occasions where individuals could deceive VicRoads. “I’m not going to say that doesn’t happen,” she told the court.

Sampson could not say if an interpreter was used in the eye test, but the records did not indicate that was the case. But she said it was “impossible” for someone to switch places for the driving test.

In her findings, Gebert said one report noted the driver was “below the level of intellectual development required for entry to Australian primary schools”.

The L-plater was ordered in 2019 to serve a non-custodial supervision order for dangerous driving causing death after a jury found the woman was unfit for trial as her cognitive impairments meant she could not understand the proceedings.

The judge who oversaw the criminal case said: “One of the very troubling aspects in this case is that you ever held a learner’s permit.

Serbec’s family said they were devastated by Thursday’s findings and criticised the coroner for not coming down harder on the department.

“All the evidence in all the hearings we have been to in the past six long years suggest it was impossible that she got her learner’s permit without the aid of another,” the family told the coroner in a statement.

“It has been a very long six years and not a day goes by without us thinking of [Georgina] and the traumatic way in which she died.

“We have always felt that there is a public interest in her death and that, with robust processes being in place, it was preventable.”

A spokesperson with the Victorian Department of Transport said it had received the coroner’s findings and would “consider any applicable recommendations”.

This article has been updated with a comment from the Department of Transport.