STRASBOURG (Reuters) -The European Union's chief executive on Wednesday proposed a phased oil embargo on Russia, sanctions on its top bank and a ban on Russian broadcasters from European airwaves in its toughest measures yet to punish Moscow for its war in Ukraine.

The EU's sixth round of sanctions, if agreed by member states, would be a watershed for the world's largest trading bloc, which is dependent on Russian oil and gas and must find alternative supplies just as energy prices are spiking.

Reluctance to deliver sanctions that will hurt EU economies as well as Moscow faded in recent weeks as Russia's invasion of Ukraine brought horrific images of slaughter in towns and concern about a renewed offensive in the east of the country.

Reflecting widespread anger in the West at Russian President Vladimir Putin's campaign – which Moscow says is a "special military operation" to defeat dangerous nationalists – the head of the EU executive said Moscow must face consequences.

"Today, we will propose to ban all Russian oil from Europe," she said to applause in the chamber.

The Commission's measures include phasing out supplies of Russian crude oil within six months and refined products by the end of 2022. Von der Leyen pledged to minimise the impact on European economies.

The price of Brent crude rose around 3% to more than $108 a barrel in early trade. 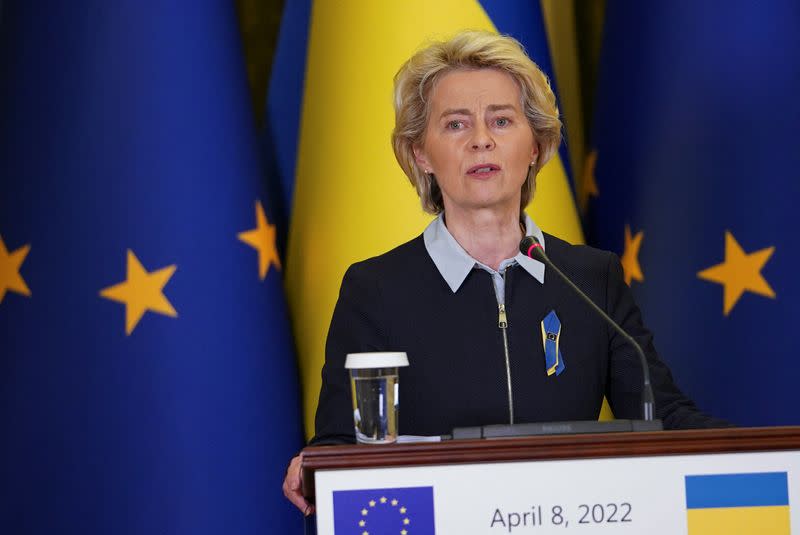 If agreed, the embargo would follow the United States and Britain, which have already imposed bans to cut one of the largest income streams to the Russian economy, as the West buys more than half of its crude and petroleum products from Russia.

"We are addressing our dependency on Russian oil. And let's be clear, it will not be easy because some member states are strongly dependent on Russian oil, but we simply have to do it," von der Leyen said.

Ambassadors from the EU's 27 governments are widely expected to adopt the Commission proposals as early as this week, allowing them to become law soon after.

However, Hungary indicated that it could trip the latest EU sanctions package up.

Although it – along with Slovakia – will be given until the end of 2023 to wean itself off Russian oil because of its high dependency, Budapest said the proposal did not spell out how its energy security would be guaranteed.

"We do not see any plans or guarantees on how a transition could be managed based on the current proposals, and how Hungary's energy security would be guaranteed," Hungarian government spokesman Zoltan Kovacs said.

"In the short term it might leave Russian revenues high while implying negative consequences for the EU and the global economy in terms of higher prices – not to mention retaliation risks (by Russia) on natural gas supplies," he said. 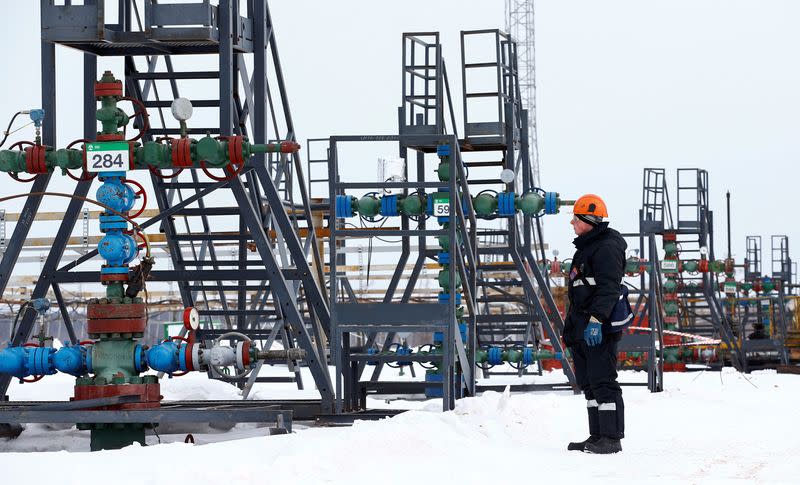 Apart from oil, the latest round of sanctions proposes hitting Sberbank, Russia's top lender, adding it to several banks already cut off from the SWIFT messaging system.

Sberbank did not immediately respond to a request for comment. The lender, which exited almost all its European markets in March, has previously said other rounds of sanctions would not have a significant impact on its operations.

State-owned Russian broadcasters RTR-Planeta and R24 would be shut out of European airwaves as part of the latest sanctions, diplomats said.

Von der Leyen also proposed a recovery plan for Ukraine once the conflict ends, saying there was a need for hundreds of billions of euros in funding to rebuild the country.

"Eventually, it will pave the way for Ukraine's future inside the European Union," von der Leyen said.