The EU today launched fresh legal action against Britain as part of the ongoing feud over Brexit trade rules for Northern Ireland.

The European Commission this morning announced it had begun four new ‘infringement procedures’ against the UK for ‘not complying’ with the Northern Ireland Protocol.

Brussels’ latest move comes on top of the bloc’s recent decision to relaunch earlier legal action it began over the Protocol in March last year.

It had previously put this on hold while talks between the two sides continued.

In today’s action, the EU directly blamed Boris Johnson’s bid to override key parts of the Protocol through new laws at Westminster.

As well as the threat of legal action, the Prime Minister’s unveiling of the Northern Ireland Protocol Bill – which is being pushed through Parliament by his possible sucessor Liz Truss – has also seen Brussels warn of a bitter UK-EU trade row. 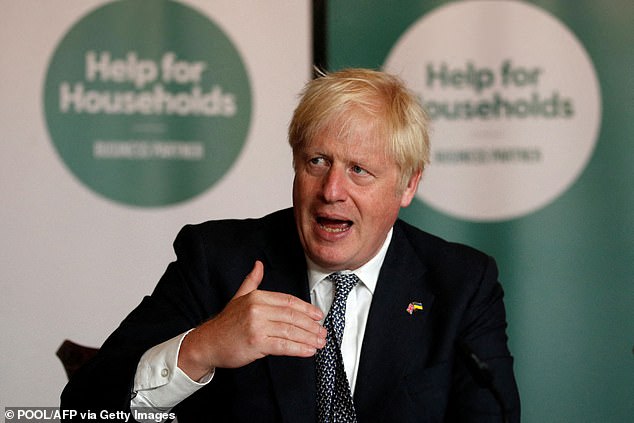 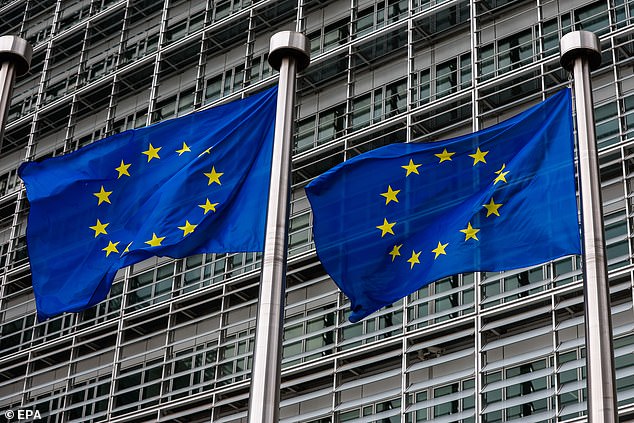 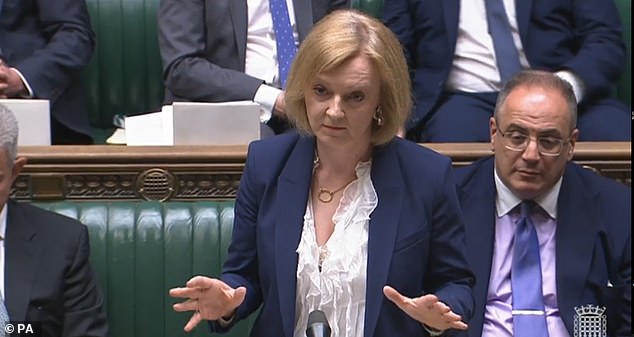 The Northern Ireland Protocol Bill is being pushed through Parliament by Foreign Secretary Liz Truss, one of Mr Johnson’s possible sucessors as PM

‘In a spirit of constructive cooperation, the Commission refrained from launching certain infringement procedures for over a year to create the space to look for joint solutions with the UK.

‘However, the UK’s unwillingness to engage in meaningful discussion since last February and the continued passage of the Northern Ireland Protocol Bill through the UK Parliament go directly against this spirit.’

The Protocol was designed to prevent a hard border on the island of Ireland.

But the Government has blamed the EU’s rigid implementation of the agreement for causing significant trade disruption between Great Britain and Northern Ireland.

Problems blamed on the Protocol have also collapsed power-sharing in Northern Ireland, with the DUP refusing to join a new Stormont executive until issues are resolved.

In the new legal action, the EU accused Britain of failing to introduce proper checks on goods moving from Northern Ireland to Great Britain.

The European Commission warned the UK to take ‘swift remedial actions’ to comply with the terms of the Protocol.

It has given the UK two months to reply to legal letters and warned it ‘stands ready to take further measures’.

The EU’s new legal action comes in the middle of the Tory leadership contest, between Ms Truss and ex-Chancellor Rishi Sunak, to replace Mr Johnson as Prime Minister.

Ms Truss, in her role as Foreign Secretary, has been leading talks with the EU over the Protocol but is said to have grown frustrated with the ‘computer says no’ attitude of Brussels during negotiations.

She is viewed as being among the keenest members of Mr Johnson’s Cabinet for pushing ahead with unilateral action through the Northern Ireland Protocol Bill.

But Mr Sunak, while he was still in Government, was claimed to have expressed concerns about the impact of the action on wider trade relations with the EU.

The Bill is set to face stiff opposition in both the House of Commons and House of Lords when MPs and peers return to Parliament after the summer recess.

Former PM Theresa May has led condemnation of the Bill as ‘illegal’ in international law.