As the pound dips, experts ask: How WILL Chancellor Kwasi Kwarteng pay the bill for his tax cut bonanza?

The pound crashed to its lowest level in 37 years yesterday amid investor concern about how Kwasi Kwarteng will fund his tax cut bonanza.

Government borrowing costs also soared as analysts warned that Britain’s national debt would be left on an unsustainable footing if Mr Kwarteng fails to meet his growth targets.

Liz Truss’s Government is hoping to fuel the economy by slashing taxes on businesses and households so it can reach a long-term growth rate of 2.5 per cent a year. But Miss Gregory said it ‘would not be difficult to imagine [growth] turning out much weaker’. 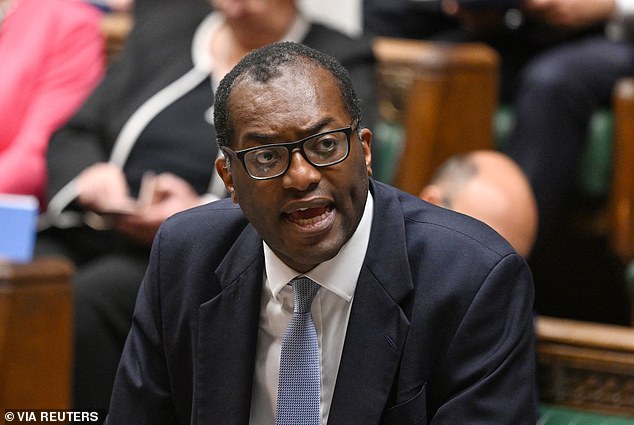 Paul Johnson, director of the Institute for Fiscal Studies (IFS) think-tank, said: ‘Mr Kwarteng has shown himself willing to gamble with fiscal sustainability in order to push through these huge tax cuts.’

The Chancellor was ‘not just gambling on a new strategy, he is betting the house’, he added.

The IFS also criticised Mr Kwarteng for failing to instruct the Government’s Budget watchdog to produce an independent costing of the measures. Mr Johnson said: ‘He has avoided scrutiny by presenting a Budget in all but name without accompanying forecasts from the Office for Budget Responsibility.’

The Government’s Debt Management Office said it would need to raise another £72.4 billion for this financial year alone following the measures announced in the mini-Budget. This would take the total amount it plans to borrow from investors in 2022/23 to £234.1 billion.

But the lack of information about how much the tax cuts will cost over the coming years, and how much more the Government would need to borrow, sent debt markets into turmoil. 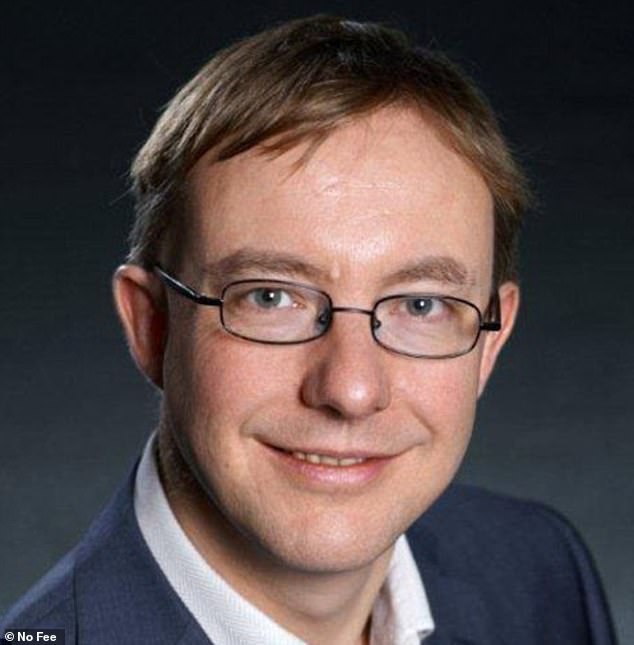 Paul Johnson (pictured), director of the Institute for Fiscal Studies (IFS) think-tank, said: ‘Mr Kwarteng has shown himself willing to gamble with fiscal sustainability in order to push through these huge tax cuts’

The yield on UK Government bonds known as ten-year gilts – effectively how much investors demand in interest to lend to the Government for a decade – jumped as high as 3.83 per cent, a level not seen since 2010.

Jim Leaviss, a gilts expert at M&G Investments, said: ‘It’s fair to say that the gilt market hated today’s mini-Budget. People are getting out their long-term history books and gilt charts to find example of worse one-day price moves.’ Mr Kwarteng said his cuts, covering everything from income tax to corporation tax, would boost growth in the UK, eventually leading to more money in the Treasury’s coffers as business booms.

But the IFS calculated that borrowing over the next five years would be ramped up by more than £380 billion.

Predictions from the Resolution Foundation, founded by former Labour adviser Torsten Bell, said the borrowing surge would hit £411 billion. This would include £265 billion to cover energy support packages and income lost to the worsening economic environment, and £146 billion of tax cuts.

Miss Gregory said: ‘If the Chancellor’s gamble pays off and the Government hits its 2.5 per cent growth target, then with a bigger economy comes more tax revenues and an improved fiscal position.’

But while Mr Kwarteng hopes to turbo-charge the economy, his plan will also boost inflation over the short term. As households find they have more money in their pockets, they will spend more, driving up prices. Inflation is already hovering around a 40-year high, at 9.9 per cent, and the Bank of England has been trying to wrestle it down by lifting interest rates at an unprecedented speed.

Some experts praised Mr Kwarteng’s ‘radical’ approach. Mark Littlewood, director general at free-market think-tank the Institute of Economic Affairs, said: ‘The Government has announced a radical set of policies to increase Britain’s prosperity. It’s refreshing to hear a Chancellor talk passionately about the importance of economic growth… rather than rattling off a string of state spending pledges and higher taxes.’

Tom Clougherty, head of tax at the Centre for Policy Studies, co-founded by Margaret Thatcher, added: ‘In its overall tone, and in its specific announcements, this was the best fiscal statement in years.

‘No-one can doubt the new Government’s commitment or ambition when it comes to making Britain more prosperous and dynamic.’