AN EXTINCTION Rebellion protester put on an eye-popping display as the climate demonstration hotted up up at Oxford Circus today.

Huge crowds of eco warriors gathered at the popular London shopping street, as they launched the third day of their fortnight-long "Impossible Rebellion". 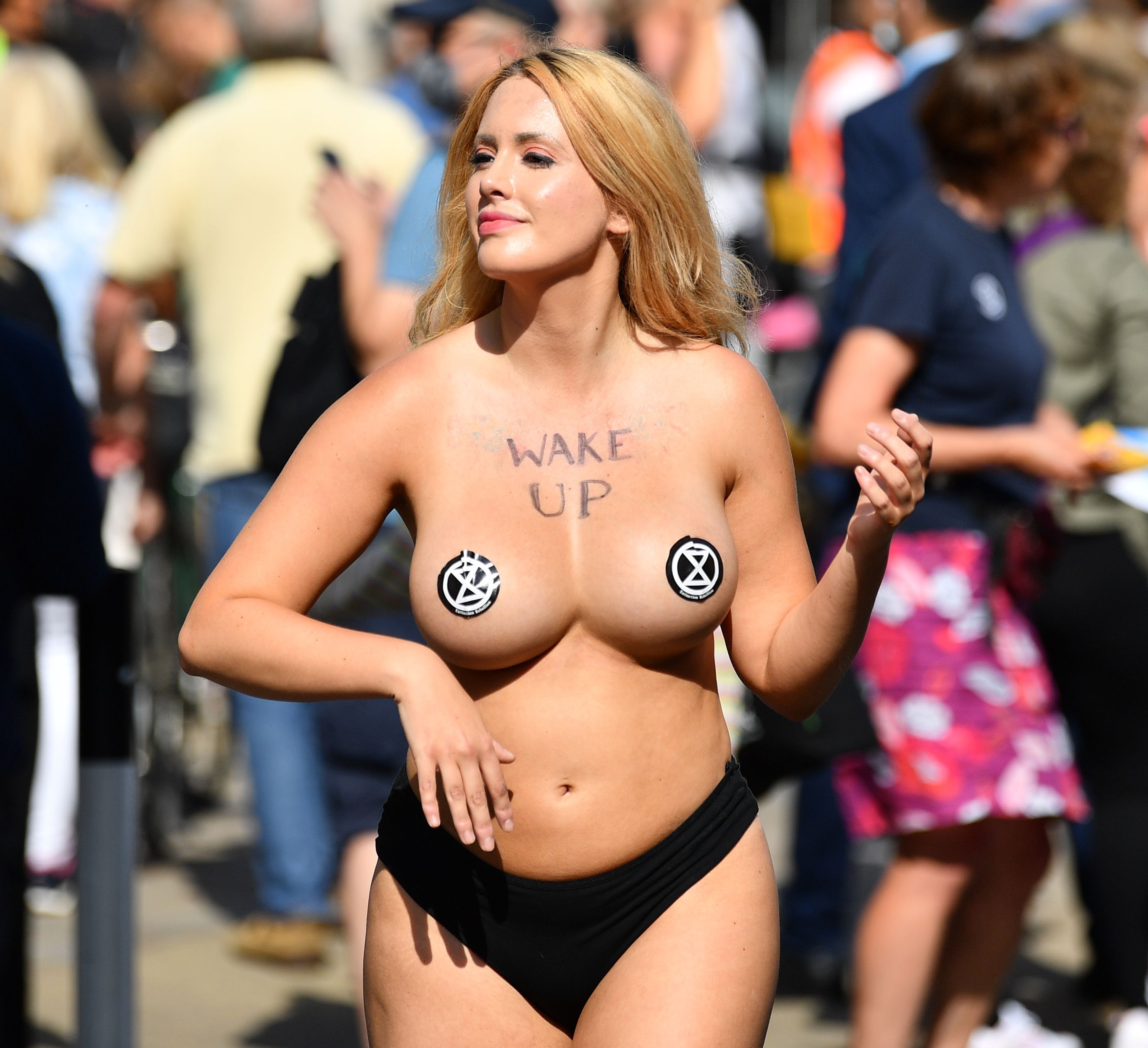 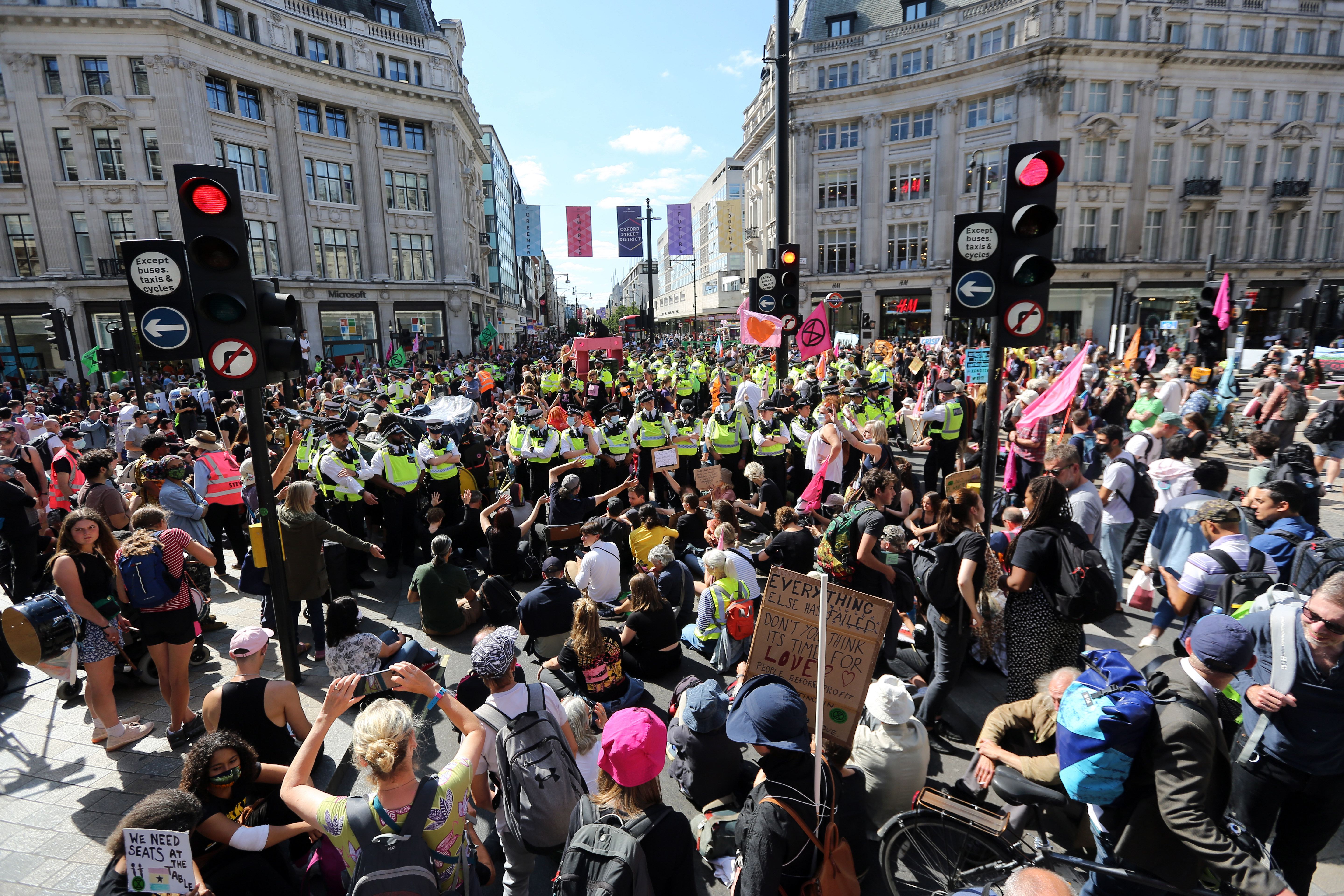 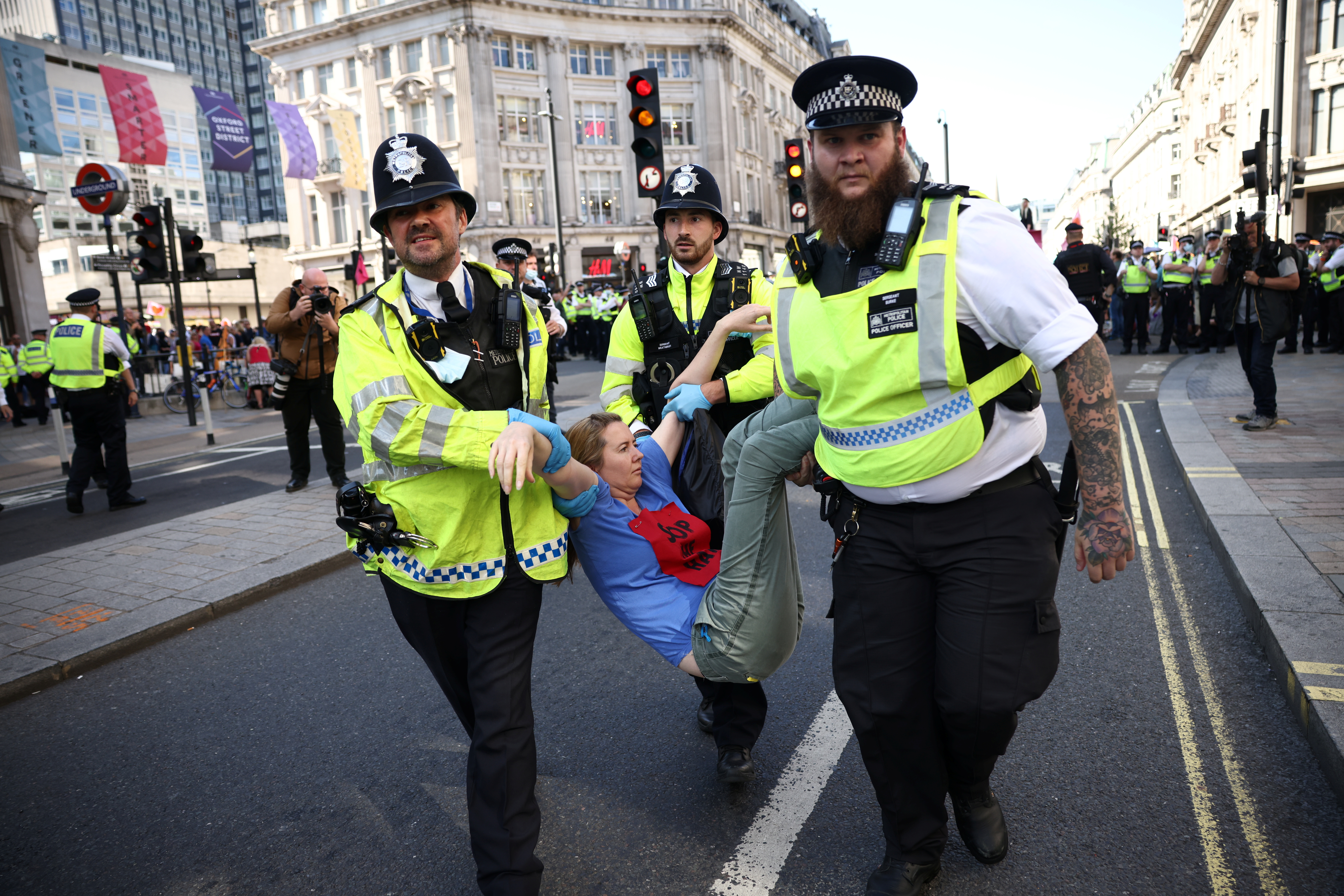 Among those was a scantily-clad woman with the words "wake up" penned on her chest.

She wore nothing else but black underwear and two Extinction Rebellion – known as XR – stickers to protect her modesty.

The protest group is demanding the Government stop investing in fossil fuels as part of their "beautiful, creative rebellion".

A pink block-like structure made from wood was erected in the centre of Oxford Street today putting traffic at a standstill.

Do you know this woman? Email Jemma at [email protected]

Cops surrounded the sculpture – which some activists were glued to in a bid to defy orders to move – as other protesters formed a human chain around the area.

In pictures reminiscent of XR's controversial 2019 protests, demonstrators were today hauled away by police officers and carried into nearby vans as other group members cheered.

Police have predicted the protests will cause "cause significant disruption to London" and will pull cops away from tackling bloody crime in the capital.

A cop with a loudspeaker today told demonstrators that they must leave, shouting: "You must this area immediately or you may be arrested".

A total of 118 people have been arrested since Monday, according to the latest figures, as 10,000 people took to the streets this week.

On Tuesday, a large pink table was erected in Seven Dials, which encouraged people to "come to the table" and discuss issues such as the impact of fossil fuels on the Earth.

Today saw activists from Money Rebellion, an offshoot of Extinction Rebellion, gather at the Department for International Trade and hold a mock awards ceremony where a "Charred Earth" prize was given to the department.

Money Rebellion said the "ironic award" was "presented to those who are making an outstandingly awful contribution to climate change".

Other activists met at the Brazilian embassy to show solidarity with indigenous people in the Amazon Rainforest, while women assembled in Piccadilly Circus to talk about the environmental crisis.

Later on Wednesday afternoon, more than 40 women blocked the Oxford Circus junction and erected the table with chairs as part of the "come to the table" protest.

The chairs were left empty to represent an invitation to all those who identify as female, nonbinary or transgender, the group said.

The Metropolitan Police said in a statement on Twitter: "Officers have intervened when protestors were building a structure at #OxfordCircus. Some individuals have glued themselves to the structure, specialist officers are working to support their removal.

"There will be some disruption to traffic in the area as roads are currently blocked, which we are working to reduce."

The demonstrations continue next week, when the activists will protest against the links between "big finance, fossil fuels and the fossil of politics that is Westminster". 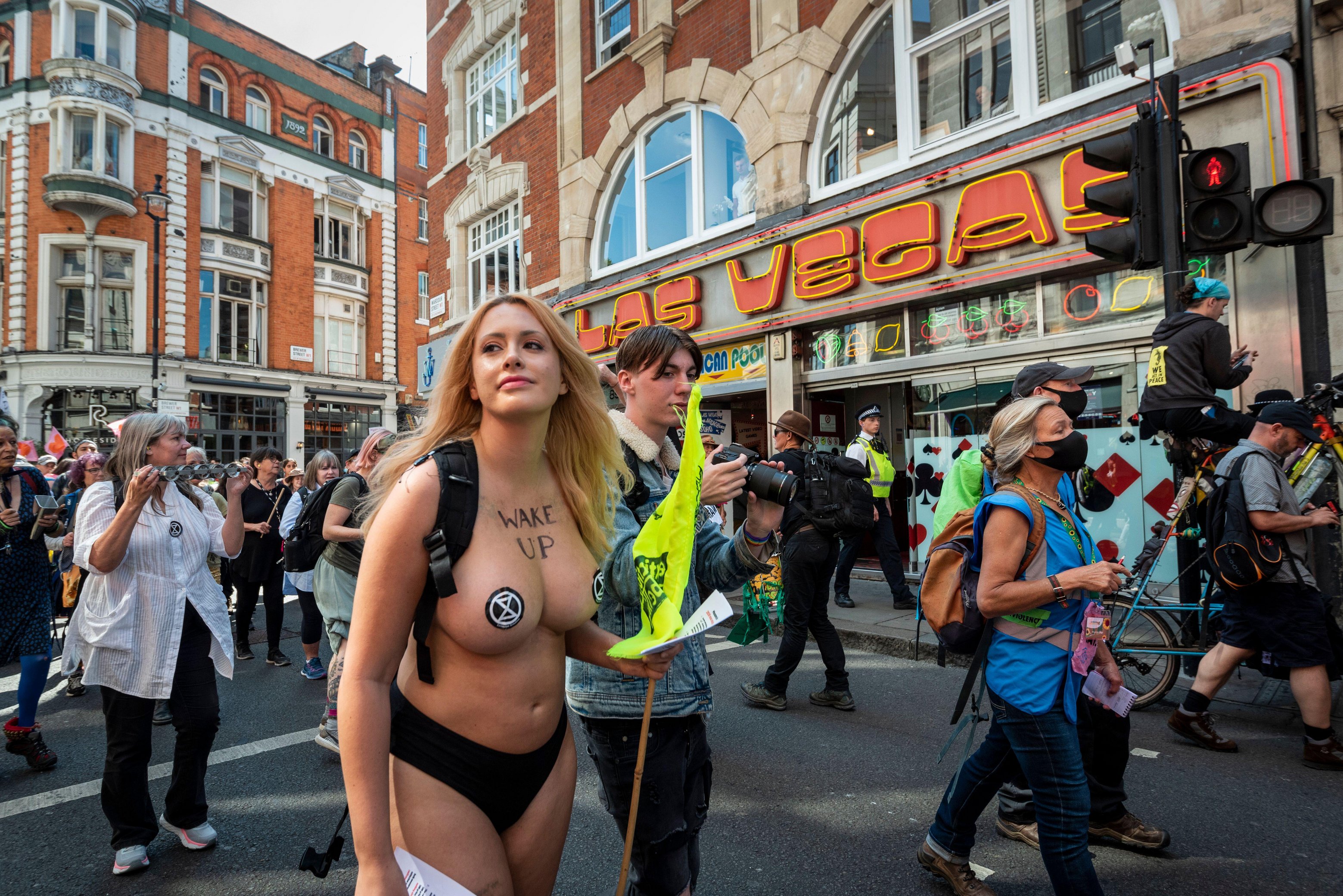 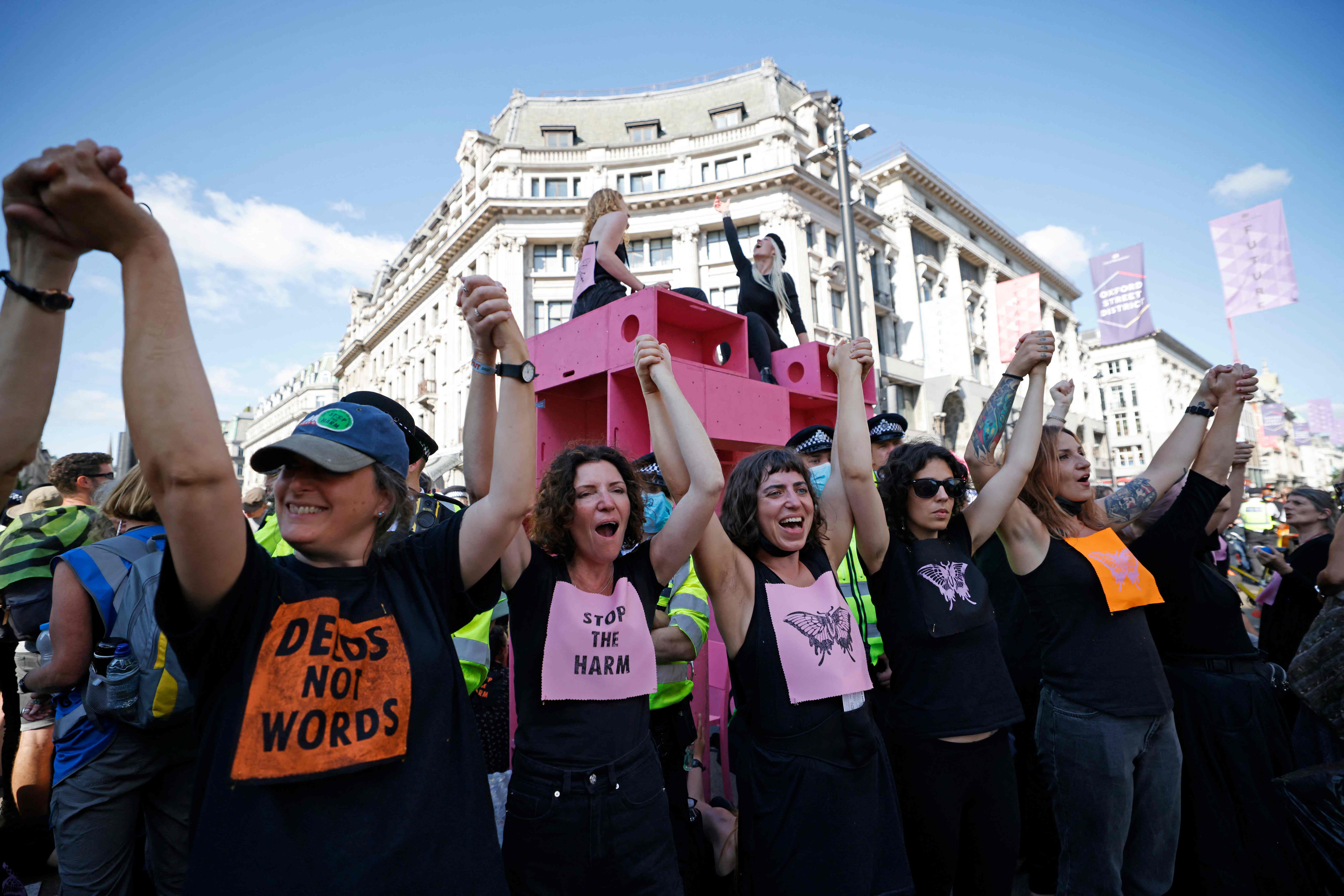 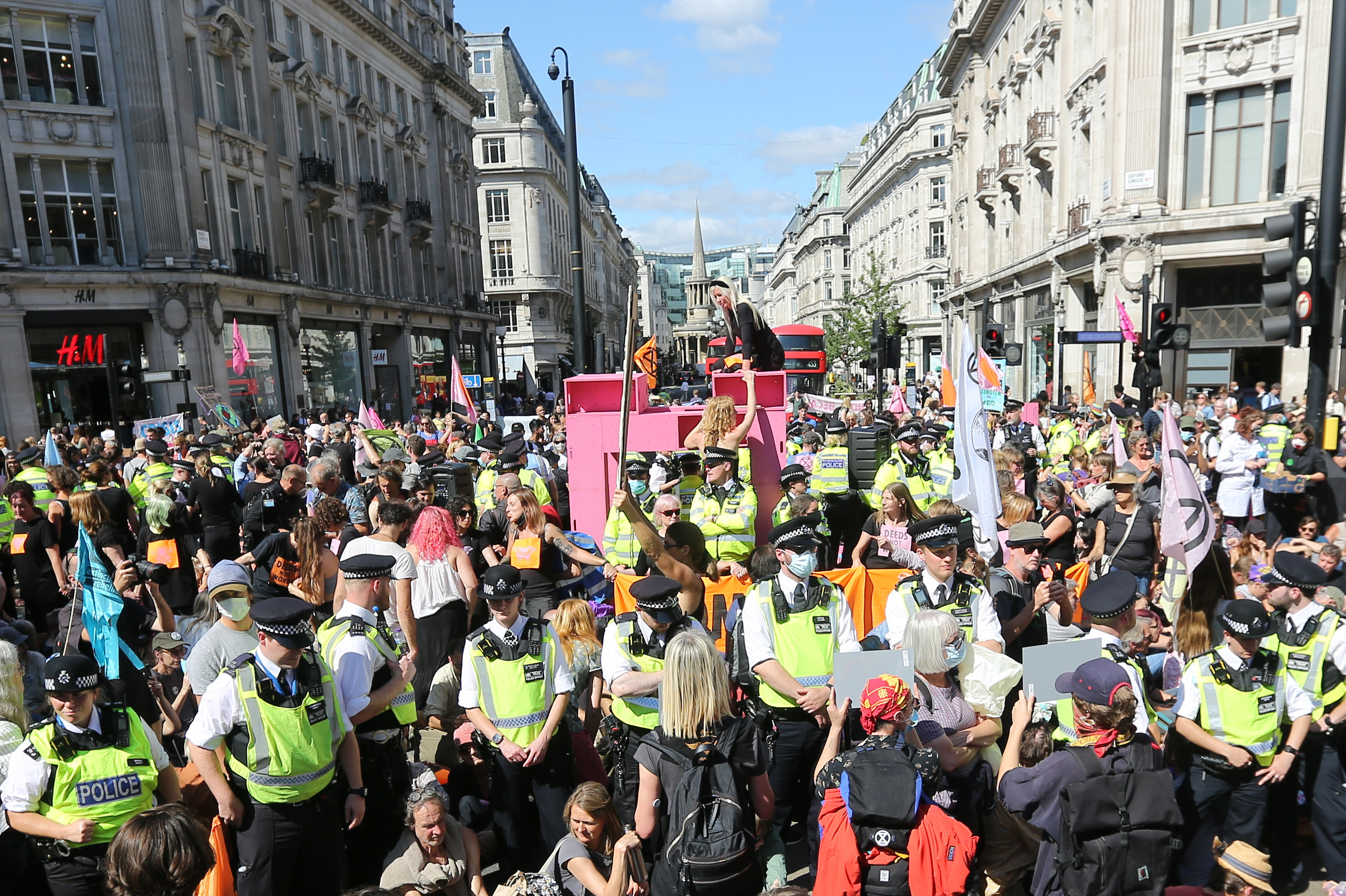 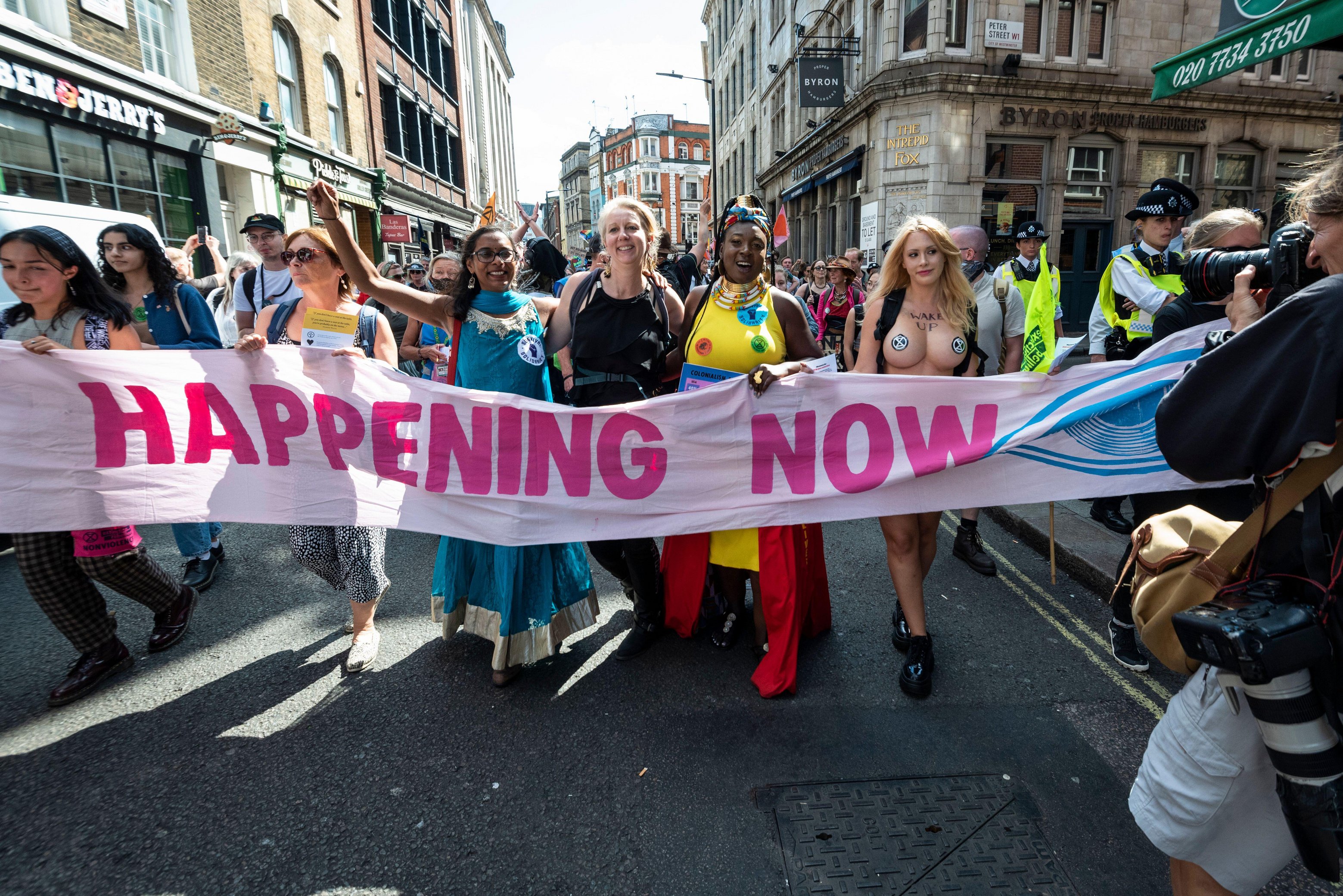 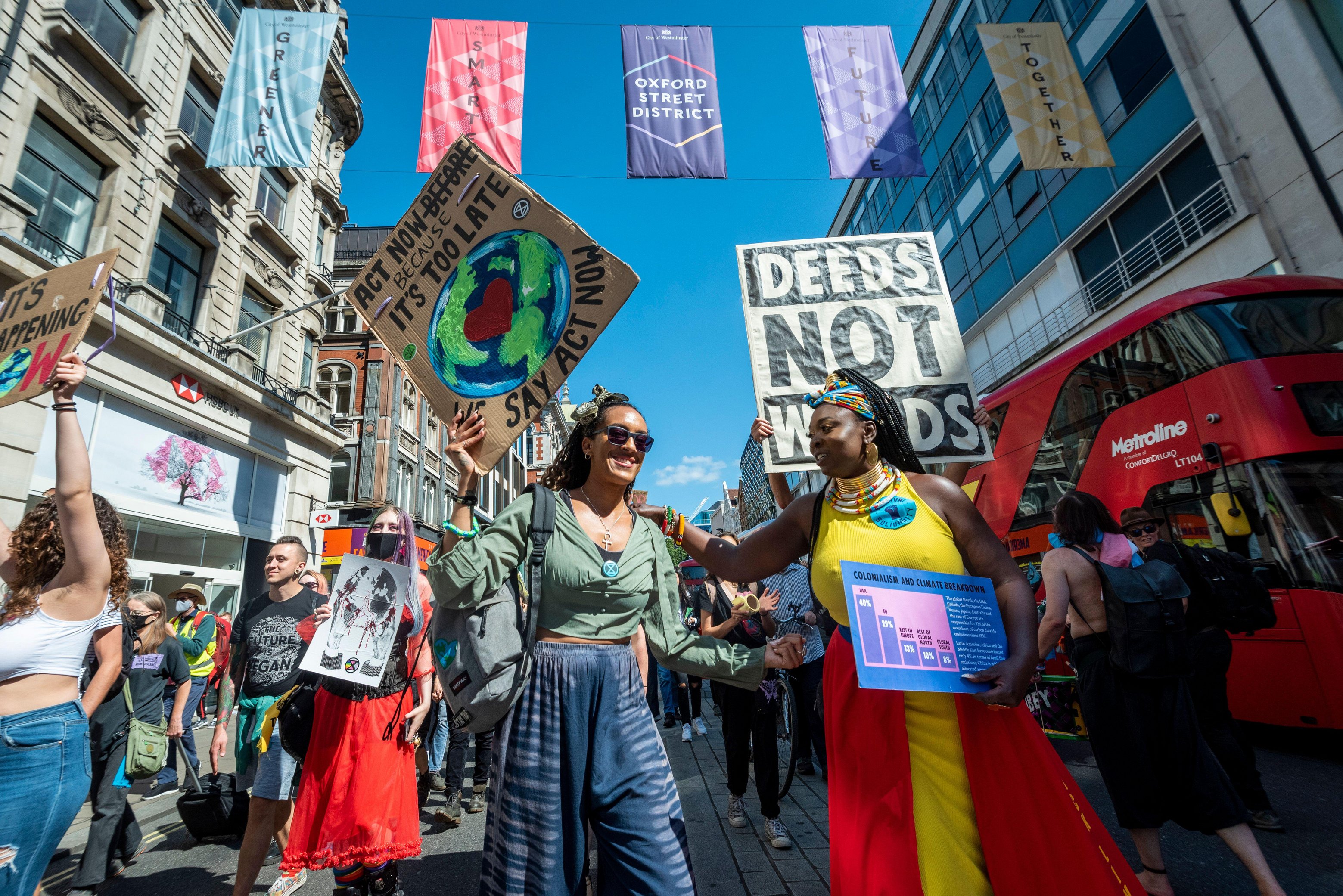 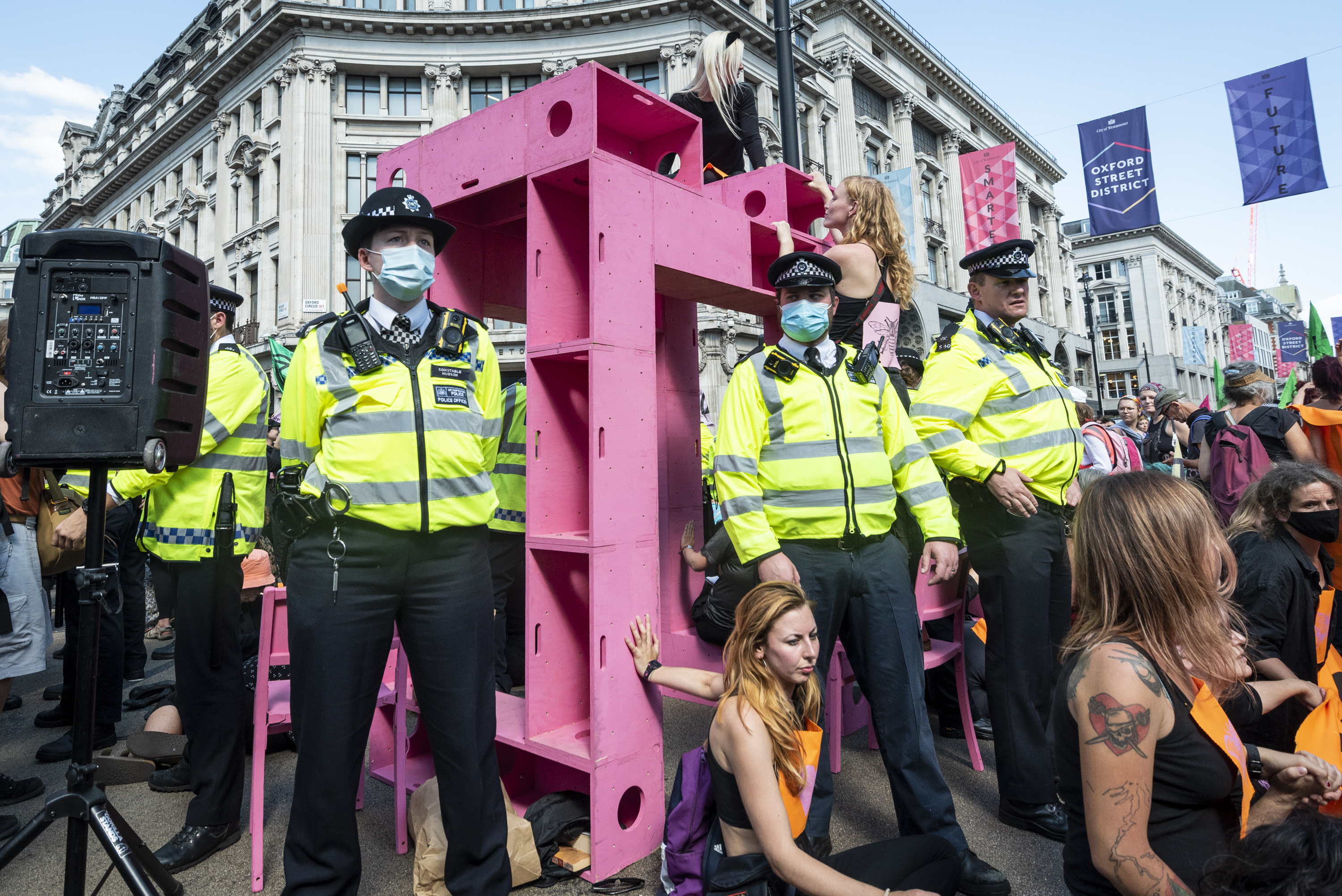 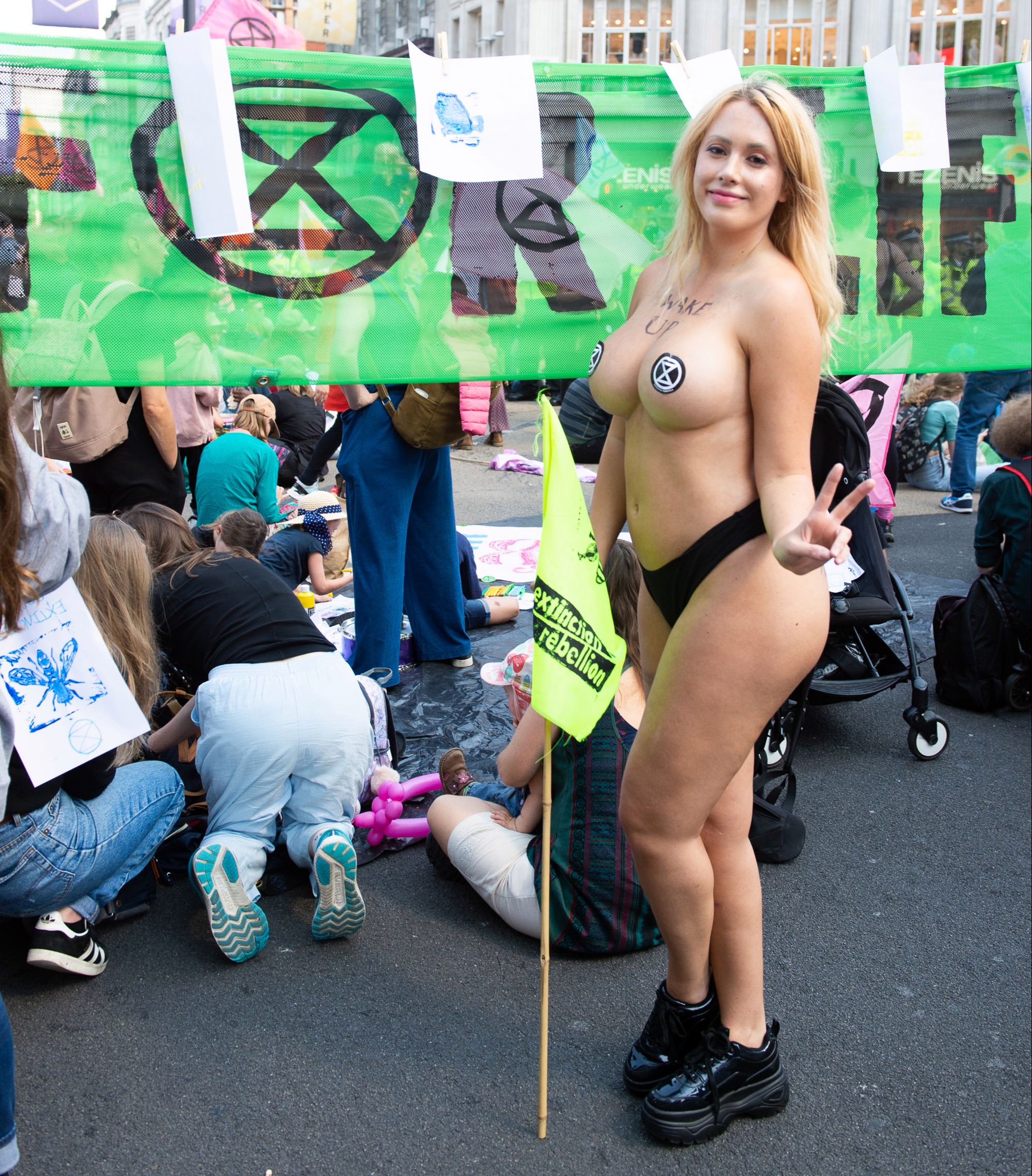