AN F-16 fighter jet fired FLARES to warn off an unauthorized plane as it approached a Trump rally in Arizona yesterday.

The Air Force jet scrambled to escort the aircraft out of the area as an excited President Trump shouted: “Wow, look at that!” 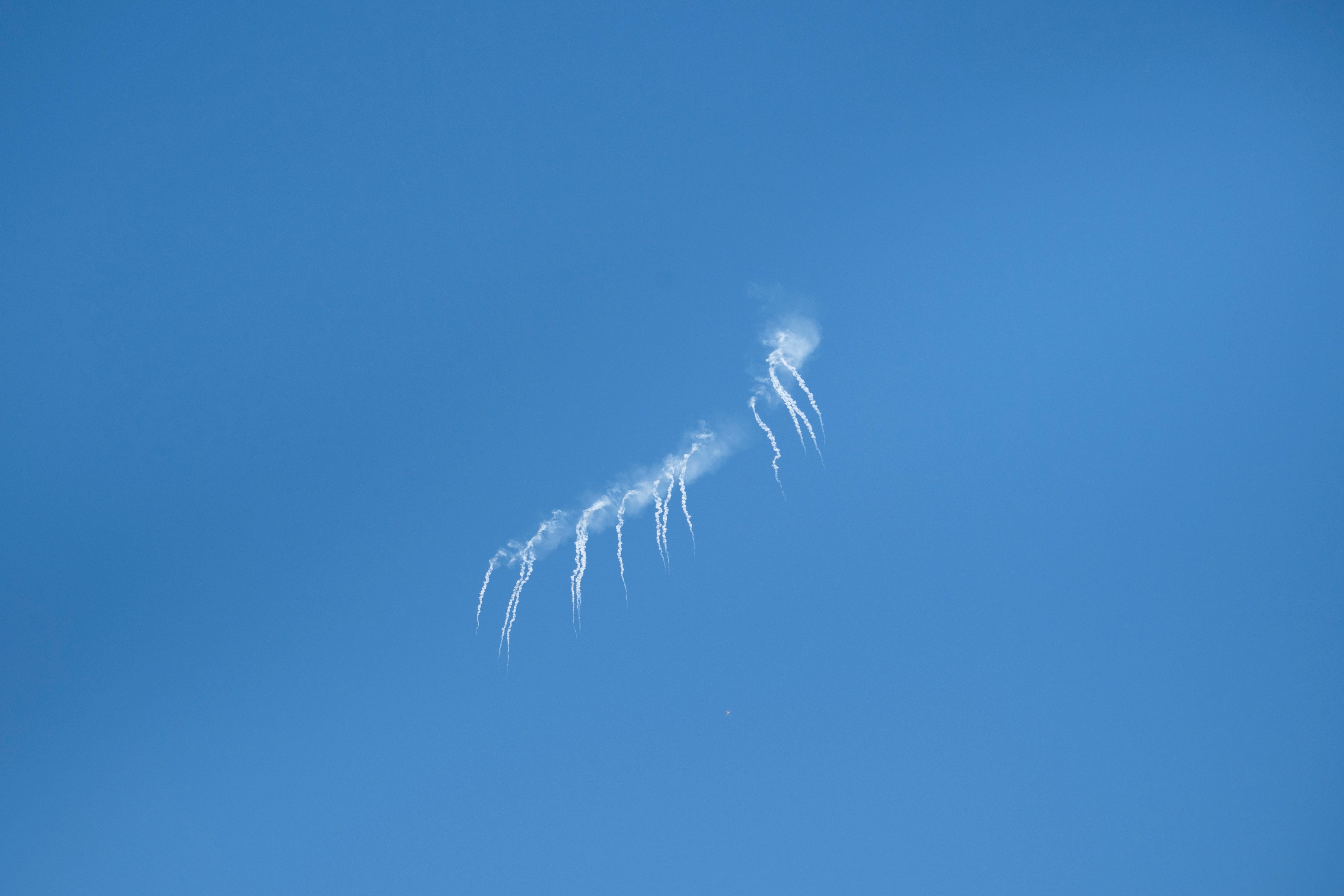 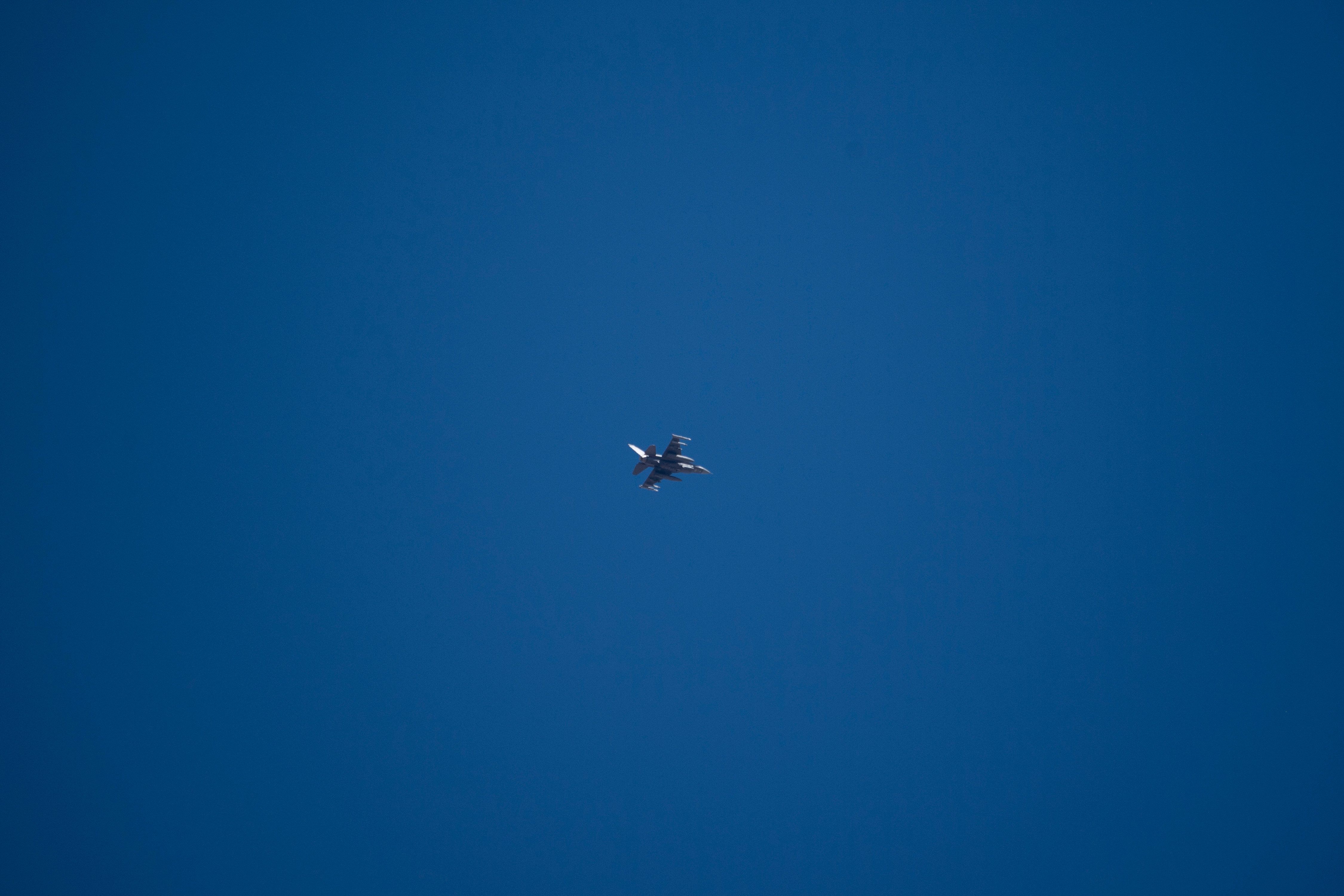 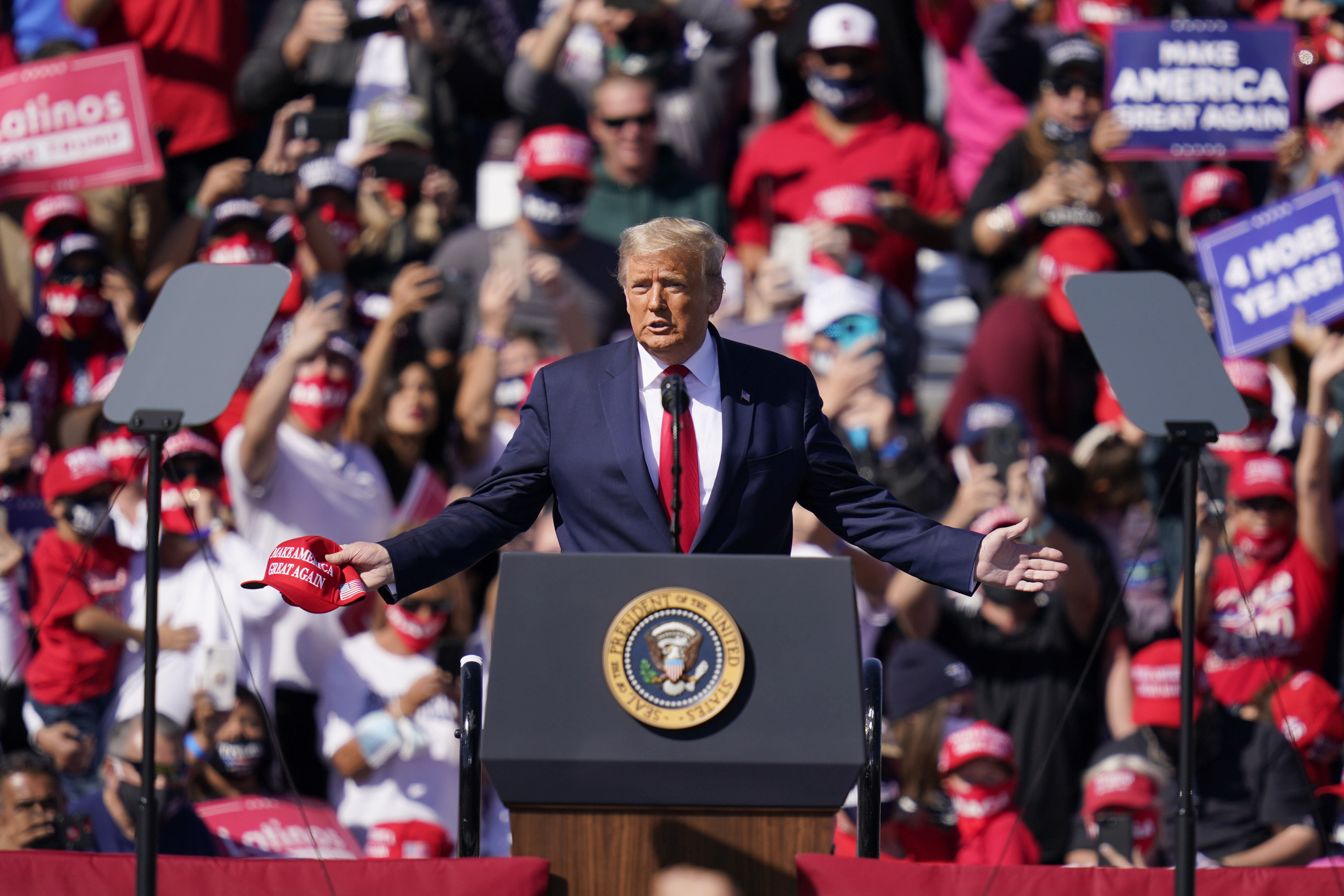 The aircraft initially ignored the F-16 jet after it attempted to make contact – prompting it to release flares.

Shortly after, the intruding plane established radio communication and was escorted out of the area.

A delighted Trump thanked the jet for giving the rally “a little display”.

“I wonder if the fake news caught that? Did you see that, camera? They never turn the camera. They never want to show anything that’s good.

NORAD, the North American Aerospace Defence Command, confirmed that an F-16 fighter jet had been dispatched to respond to the incident.

They tweeted: “At approx. 1400 MDT, NORAD F-16 aircraft investigated a general aviation aircraft that was not in communication with ATC and entered the Temporary Flight Restriction area surrounding Bullhead City, AZ without proper clearance.

“The aircraft was escorted out of the restricted area by the NORAD aircraft without further incident.”

The President boasted that the F-16 plane was “four days old”, as he had secured funding from the Pentagon, adding: “I love that sound”.

It is not yet known who was flying the aircraft. 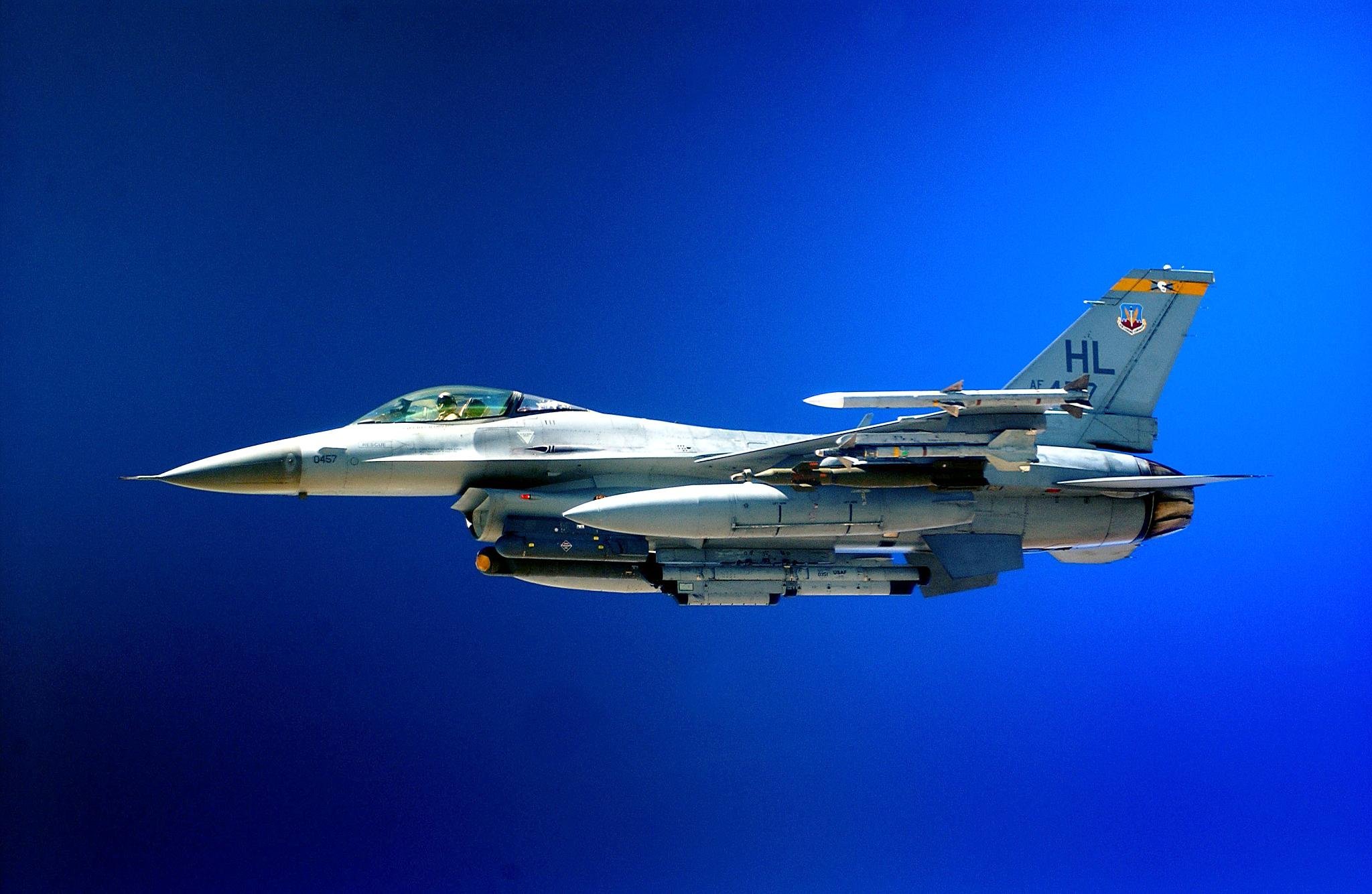 Trump was joined at the Arizona rally by ex-UKIP leader Nigel Farage who urged the President's supporters to vote for "decency".

During his surprise appearance, Farage, 56, claimed close pal Trump, 74, is "bringing Israel together with Arab nations in a way that nobody ever believed was possible" as he addressed the crowd onstage.

Farage arrived in Arizona this morning, tweeting out a photo of himself in a group of Trump supporters with the hashtag #teamtrump.

Arizona, which the Republicans won narrowly in 2016, is seen as key to Trump's reelection – though Joe Biden holds a narrow lead in the swing state.

The President currently trails the Democratic nominee in the polls with under a week to go until the election.

According to an average of domestic polls by FiveThirtyEight, Joe Biden holds an 8.9 point lead over the President.

But Biden's lead stands at just 2 points in key states such as Florida which Trump hopes to win. 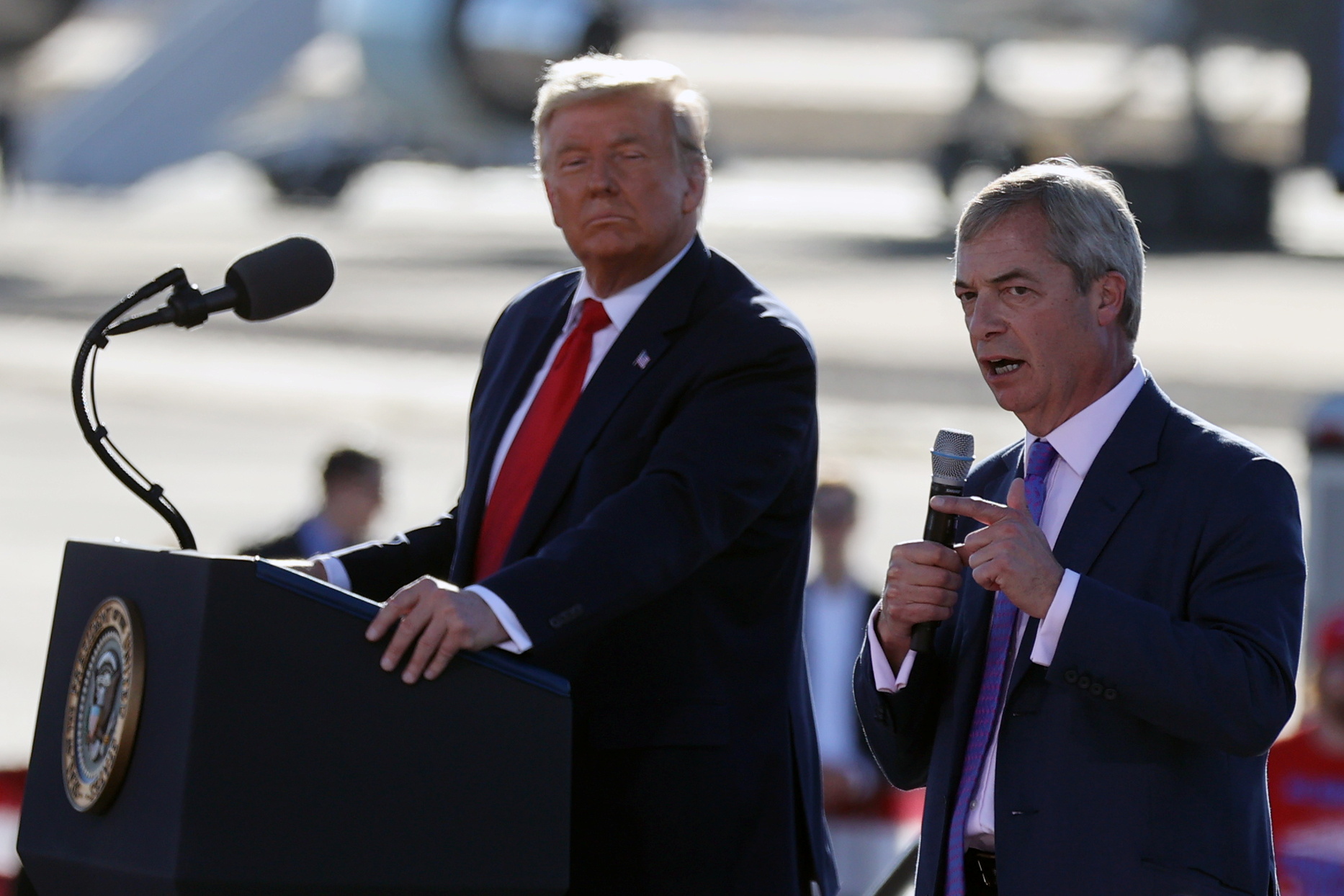