Photographs of gold hunters prospecting in a river in Scotland have been censored by Facebook over concerns they showed dead bodies.

The blunder happened after pictures were posted showing men dressed in black drysuits lying facedown in the water in Leadhills, South Lanarkshire.

But Facebook, which faced accusations of not doing enough to remove offensive material, placed a black screen on top of one image, warning it might be graphic. 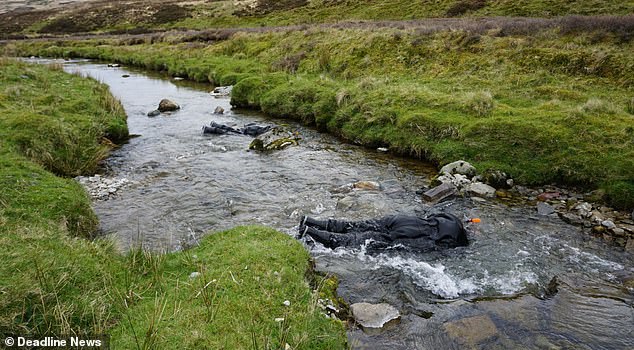 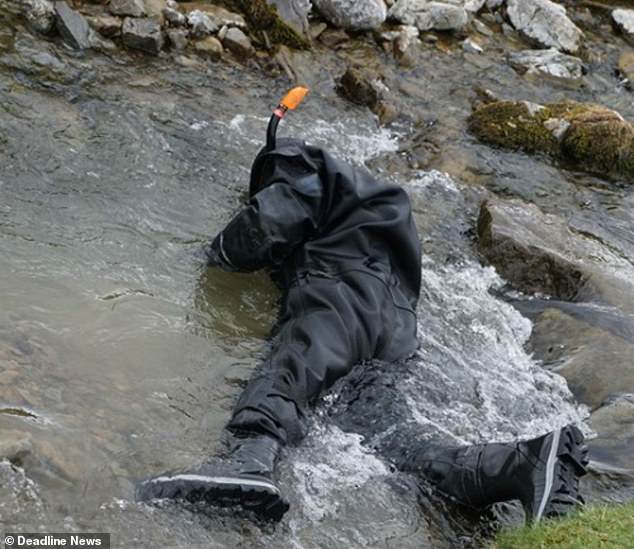 Anthony Currie, from Renfrew, took the pictures on May 5 after stumbling across the scene while out on a gold finding drive and posted them to a Facebook page.

Administrators of the page, thinking the images were a horror scene, took the pictures down – before asking Mr Currie to repost them after realising their mistake.

Facebook’s inappropriate content technology was then activated, with a note over the blacked-out screen saying: ‘May show violent or graphic content.’

The measure does not stop the picture being viewed because Facebook users can see it by clicking the ‘uncover photo’ link. 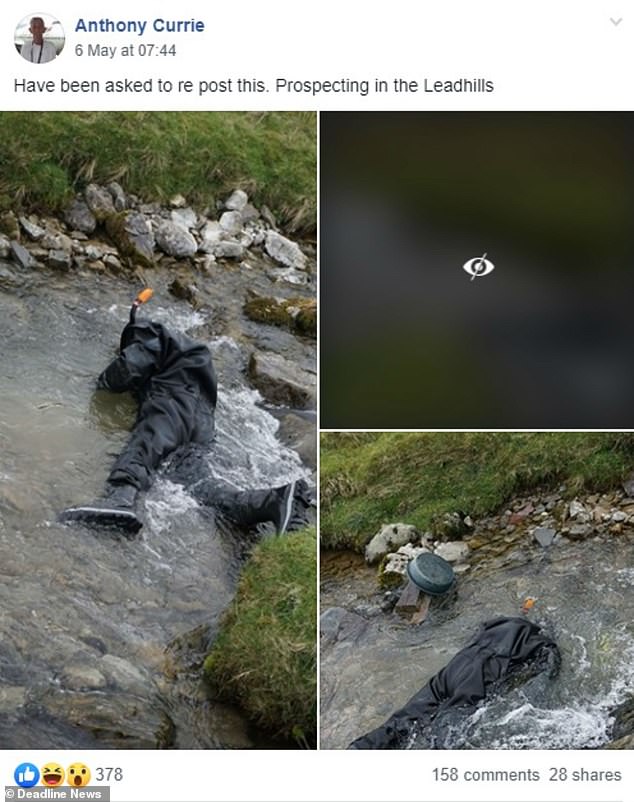 Anthony Currie, from Renfrew, took the pictures on May 5 after stumbling across the scene 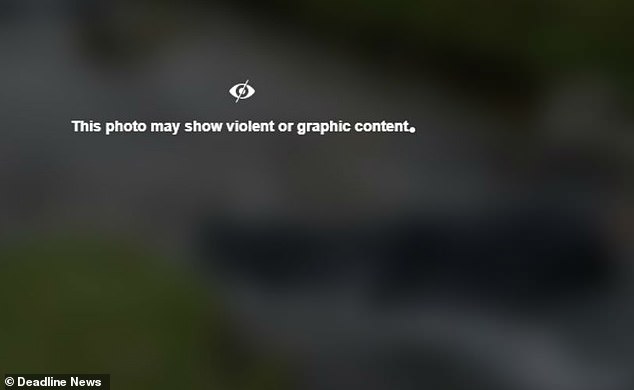 Many social media users understood why Facebook had been deceived, including Steve Thomson who wrote: ‘I thought this was a dead body at first glance.’ 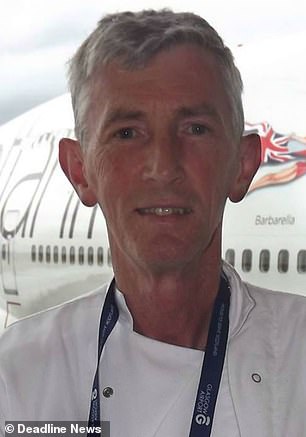 Shirley Cordiner Quinn said: ‘Oh my God, imagine walking along and seeing this.’ Dave Peacock added: ‘Looks like someone needs a lesson in hiding bodies.’

Facebook has faced criticism for failing to remove inappropriate content, including pages dedicated to drugs, weapons and terrorism.

However, Facebook chief Mark Zuckerberg announced last November that censoring will be dealt with by an independent body.

In 2017 Leadhills was one of the prime locations for prospecting in the annual World Gold Panning Championships that saw thousands of competitors descend there.

In 2015 a gold nugget weighing approximately 18 grams and worth around £10,000 was found in the neighbouring panning site of Wanlockhead.