Family launch urgent appeal to find missing daughter, 14, who has ‘no cash, house key or a mobile phone’ and has not been seen since Sunday night

The family of a 14-year-old girl from Tameside who has been missing since yesterday evening have launched an appeal to help find her.

Lyla Madeley, from Audenshaw, left home at around 7.10pm on Sunday, June 5, and hasn’t been seen since.

Her family said she has no money and does not have a house key or own a mobile phone.

She has long brown hair, which was down when she left home.

At the time of her disappearance, Lyla was wearing black leggings and purple, black and white Vans trainers with Nightmare before Christmas graphics on. 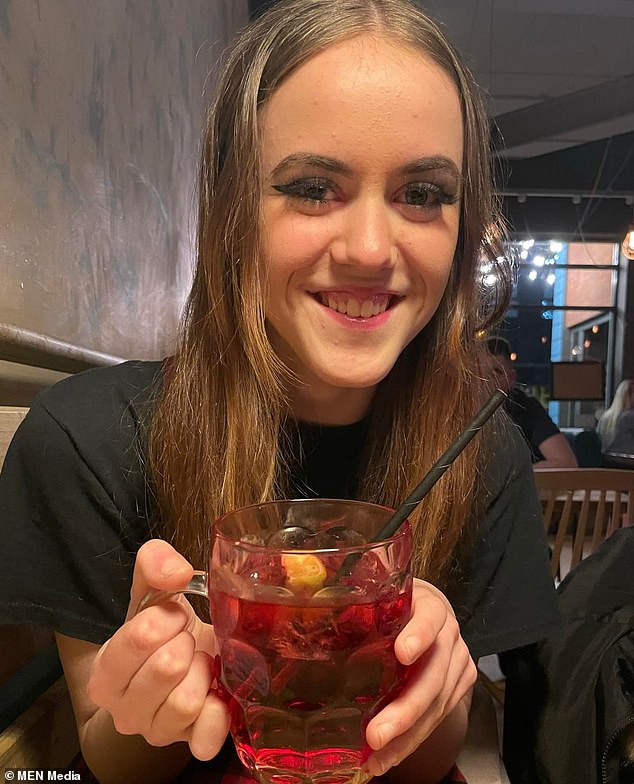 Lyla Madeley, 14, has been reported missing from the Audenshaw area of Greater Manchester

In an appeal, her family said: ‘Our 14 year old daughter Lyla has gone missing from home. Lyla left home around 7.10pm this evening and hasn’t come home.

‘Lyla is wearing black leggings, a black and cream-coloured hoody with a green cartoon t-Rex on the front with Japanese writing on the front too, there are small black spikes on the arms and hood of the hoody. 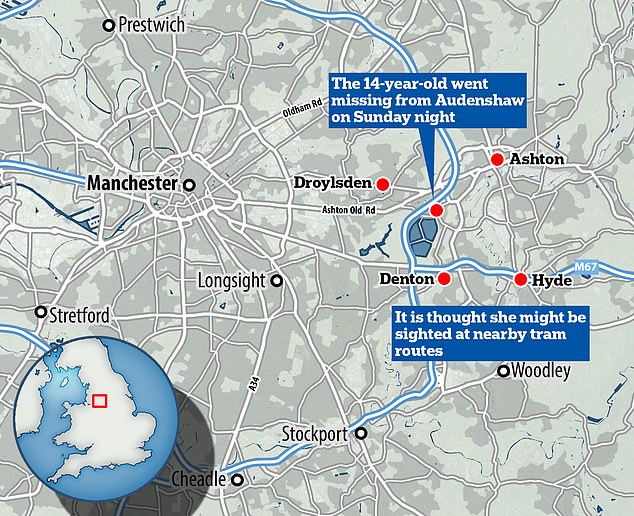 The appeal added: ‘The police have been helping us search for Lyla and they’ve had no luck yet either sadly. If anyone has seen her or heard anything at all, please get in touch.

‘We’re in the Audenshaw area but she is used to travelling on trams so could’ve easily jumped on a tram.’

Lyla is said to have friends in the Denton, Hyde, Ashton and Droylsden areas.