Just 2% of Channel migrants are set to be sent to Rwanda: Fewer than TWO HUNDRED a year are expected to qualify for scheme – and thousands could end up in UK prisons instead

Boris Johnson’s flagship immigrations scheme to send Channel arrivals to Rwanda could see fewer than 200 sent to Africa every year, a new analysis has revealed.

Just two per cent of people who arrive in the UK every year are deemed ‘inadmissible’ to the asylum system, the criteria that will be used to determine who can be sent to east Africa.

The £120million five-year programme has attracted a lot of criticism since it was unveiled a fortnight ago, sparking a war of words especially between the Government and the Archbishop of Canterbury over its morality.

It has also been attacked by Tories who have suggested it will not provide value for money.

The new analysis by the Refugee Council found that last year only 172 out of 8,593 migrants were deemed inadmissible last year, the Times reported.

But the Home Office disputed the figures, saying the number who could be sent to Rwanda was ‘uncapped’. Ministers have spoken of sending thousands every year,

The Refugee Council, using Home Office and Crown Prosecution Service (CPS) also found that new laws criminalising those who cross the busy waterway could see 19,000 people jailed in the UK in four years, at a cost of £835million a year. 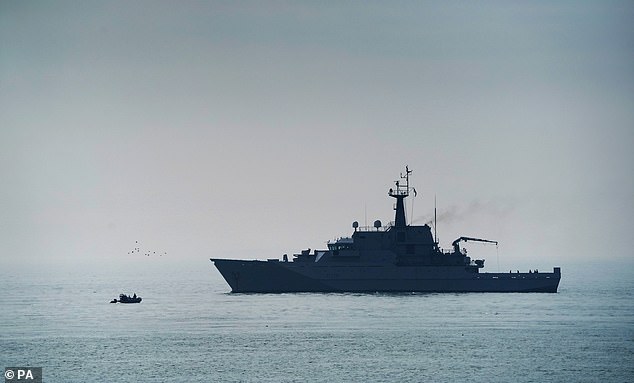 Just two percent of people who arrive in the UK every year are deemed ‘inadmissible’ to the asylum system, the criteria that will be used to determine who can be sent to east Africa. 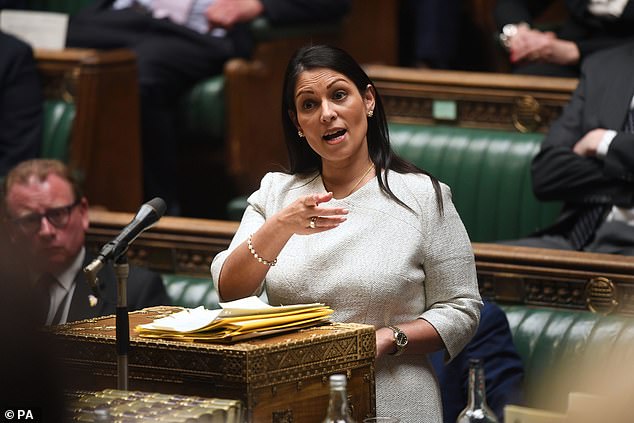 At the weekend, Home Secretary Priti Patel accused the BBC ‘s coverage of the Rwanda migrant plan as carrying ‘undercurrents of xenophobia’.

Enver Solomon, the refugee Council’s chief executive, told the Times: ‘Punishing people, treating them like criminals and human cargo to be expelled to Rwanda, is not only inhumane, cruel and nasty but it will do nothing to address the reasons why people take perilous journeys. People fleeing war and persecution should always have a fair hearing on British soil.’

At the weekend, Home Secretary Priti Patel accused the BBC’s coverage of the Rwanda migrant plan as carrying ‘undercurrents of xenophobia’.

In her latest war of words with the broadcaster, the Home Secretary accused the corporation of ‘stereotyping’ the central African nation and ‘showing prejudice’.

She told the Sunday Telegraph: ‘I was quite taken aback just by the tone of [BBC journalists’] references to Rwanda.’

She added:  ‘I could call them lazy and sloppy characterisations, but actually they’re not.

‘I was in Parliament on Tuesday and there are undercurrents, if I may say so, of just sheer xenophobia, which I think is absolutely appalling.’

A BBC spokesman, responding to the comments, said: ‘The government’s agreement to send some asylum seekers to Rwanda led to considerable public debate.

‘Journalists from the BBC and other media were there to report the story and ask questions about the plan.’

The Prime Minister last week become embroiled in a war-of-words with top clergymen about the £120m agreement struck with the African country.

Under the new policy, migrants who enter Britain illegally will be sent 4,000 miles away for processing.

The Archbishops of Canterbury and York have slammed the proposed scheme to send some aslyum seekers on a one-way trip.

They have spoken out on ‘moral and ethical grounds’ against the plans.

The Archbishop of Canterbury, Justin Welby, used his Easter Sunday address to claim the policy cannot ‘stand the judgment of God’.

The row deepened when Mr Johnson told Conservative MPs at a private meeting that Church leaders had ‘misconstrued the policy’.

The PM was also said to have suggested senior clergymen had been ‘less vociferous’ in their condemnation of Vladimir Putin’s barbaric assault on Ukraine than about his new migration plans.

Regarding the Refugee Council analysis, a Home Office spokesman said: ‘Rwanda will process claims in accordance with human rights laws. It means those arriving dangerously, illegally or unnecessarily can be relocated to have their asylum claims considered and, if recognised as refugees, build their lives there.

‘We do not recognise the figures derived from this analysis. The agreement is uncapped in terms of the numbers who may be sent to Rwanda.’