King Charles has been pictured with his red box for the first time.

Red boxes contain papers from government ministers in the UK and the realms, as well as Commonwealth representatives.

Documents are sent from the private secretary’s office to the King, wherever he is around the world, in a locked, red despatch box.

These include papers which require a signature, briefing documents and information about forthcoming meetings.

In the picture, Charles is sitting at a gilded desk and reaches across to important papers, one tied with ribbon, in an open red box beside him.

In the background, there is a framed black and white photo of his parents, which they gave to George VI for Christmas in 1951. 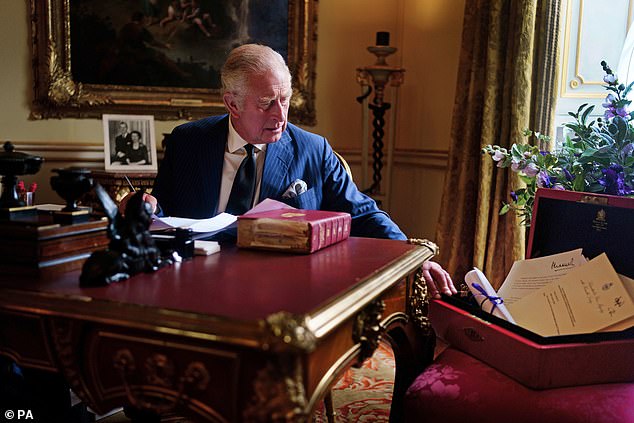 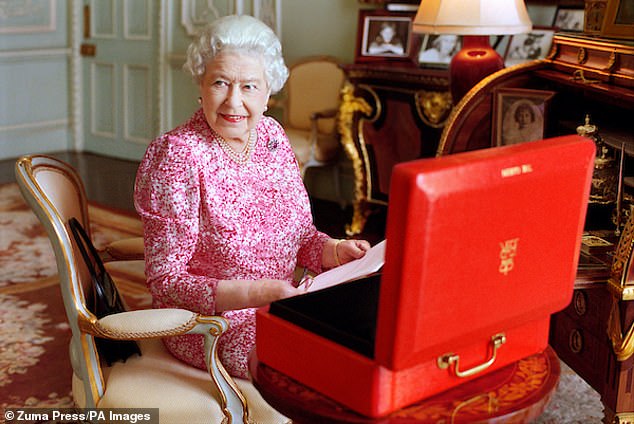 The Queen (pictured in 2015) received red boxes every day of her reign, including weekends, but not on Christmas Day

On September 11, a spokesman for the firm said the King would initially receive more than six boxes, which would carry the new royal cypher.

It is possible that ten to 12 boxes will be made and delivered in phases over the coming months.

Every box, the price of which is never released, has its own coded lock and is designed to last for many years.

The company says on its website that its boxes ‘follow their holder around the world, ensuring they can execute the responsibilities of their office’.

It adds: ‘Wherever in the world the sovereign or minister is, the red box is close by.

‘Our despatch boxes are not only an elegant design, but are functional and secure.’

In September 2015, the royal family Facebook account said the Queen received red boxes every day of her reign, including weekends, but not on Christmas Day. 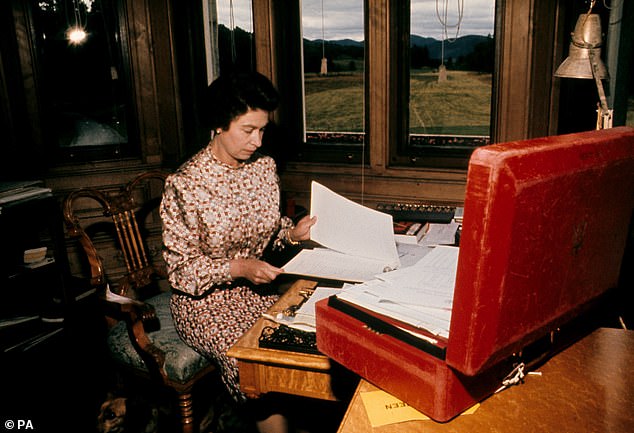 In 2015, the royal family Facebook account said the Queen (pictured in 1972) was still using boxes made for her coronation in 1953, which had been ‘periodically refurbished’ to keep them in good condition 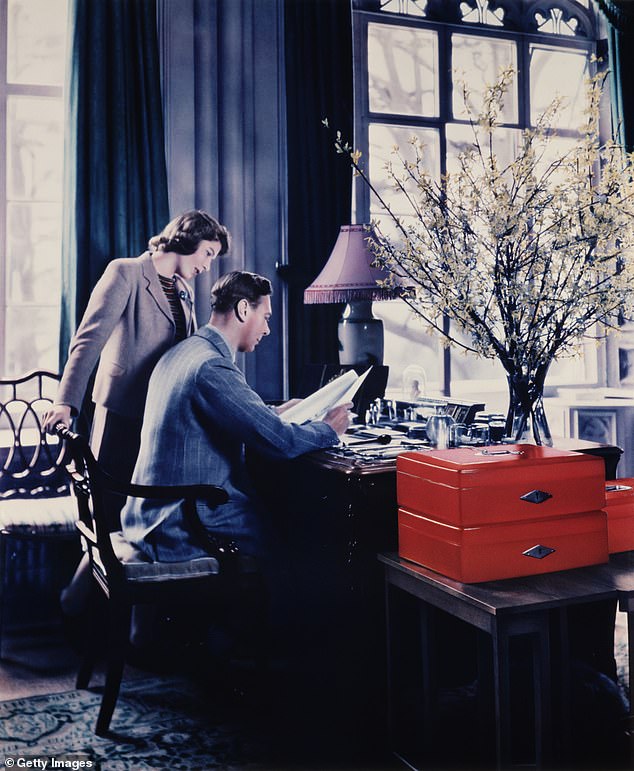 British leather goods company Barrow Hepburn & Gale said the role of the boxes ‘has not changed for over a century’. Pictured: Princess Elizabeth talking to her father, King George VI whilst he goes through the Royal boxes in a study at Windsor Castle

The post said the Queen was still using boxes made for her coronation in 1953, which had been ‘periodically refurbished’ to keep them in good condition.

Barrow Hepburn & Gale said the role of the boxes ‘has not changed for over a century’.

It added: ‘There are two possible reasons why the despatch box became the iconic red colour.

‘The widely-accepted reason relates to Prince Albert, consort to Queen Victoria, who is said to have preferred the colour as it was used prominently in the arms of his family, the Saxe-Coburg-Gotha.

‘However, there is a school of thought with origins dating back to the late 16th century, when Queen Elizabeth I’s representative, Francis Throckmorton, presented the Spanish ambassador, Bernardino de Mendoza, with a specially constructed red briefcase filled with black puddings.

‘It was seen as an official communication from the Queen, and so the colour red became the official colour of the state.’