Flag Day: How do you properly fold the American flag?

The day also serves as an anniversary of the national flag’s adoption in 1777, which was commissioned by the Second Continental Congress during the American Revolution.

While Flag Day often gets overshadowed by Memorial Day and the Fourth of July, here are five facts you should know about the stars and stripes that represent the U.S.

1. The U.S. flag’s uncertain origins: Elizabeth “Betsy” Griscom Ross is often credited for the creation of the first American flag. Her involvement, however, has not been successfully confirmed by historians or government agencies. The claim that she played a significant role in putting together the 13-starred and striped flag came from her grandson William Canby in 1870, who submitted a paper to the Historical Society that detailed her alleged involvement, according to Britannica. 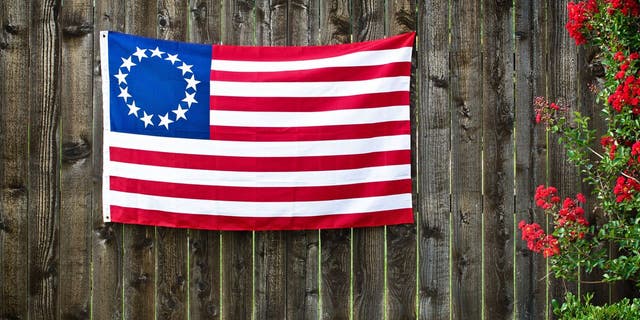 Canby’s paper suggested Ross was asked to design the flag by George Washington and had convinced him to go with a five-pointed star instead of a six-pointed one, but none of these details could be verified since Ross passed away in 1839 and Washington passed away in 1799. Nor is there any documentation to support the family legend. However, artists throughout the years have depicted Ross fashioning the U.S. flag.

The U.S. Department of the Interior can at least say Ross was an accomplished upholsterer who did make bed hangings for Washington in 1774 while he was in Philadelphia. She also sewed uniforms, tents and flags for the Continental Army, the government website states.

REP. BRIAN MAST: FLAG DAY 2021 — WHAT EVERY AMERICAN SHOULD KNOW ABOUT THE SACRIFICE WOVEN INTO OUR FLAG

2. Flag colors: The colors of the U.S. flag are red, white and blue. According to the official website of the United States government, red symbolizes “valor and bravery” while white symbolized “purity and innocence” and blue symbolized “vigilance, perseverance, and justice.” 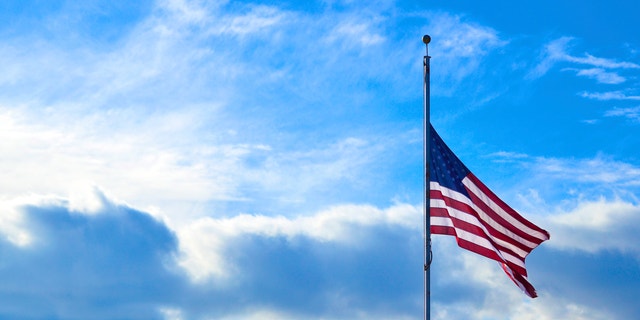 The colors of the U.S. flag are red, white and blue. Each color has a symbolic meaning, according to the U.S. government. (iStock)

3. Designs throughout the years: There have been 27 official versions of the American flag since its first adoption more than 240 years ago.

The first flag featured 13 stars and stripes to represent the 13 colonies. On June 14, 1777, John Adams reportedly said, “Resolved, that the flag of the thirteen United States shall be thirteen stripes, alternate red and white; that the Union be thirteen stars, white on a blue field, representing a new constellation,” at a Continental Congress meeting in Philadelphia, according to the Library of Congress. 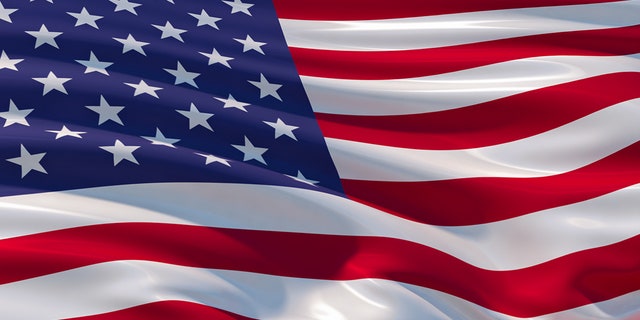 There have been 27 official versions of the American flag since its first adoption more than 240 years ago. (iStock)

The current American flag, which features 50 stars and 13 stipes to represent each U.S. state and the original British colonies that declared their independence from the Kingdom of Great Britain. The flag was adopted in 1958 as the U.S. prepared to add Alaska and Hawaii to the union. Robert G. Heft, a 17-year-old high school student at the time, was responsible for the design. The Lancaster High School student originally created the 50-star flag for a school project and it was later submitted to congress by Rep. Walter Moeller (D-Ohio), according to the Chamber of Commerce.

4. Ways to celebrate: Americans who observe Flag Day often display the national flag in a prominent location, according to America’s Library. The government-run historical resource also says that salutes offered to the flag are “a way to celebrate and honor the United States of America.”

5. Flag Day’s start: While the adoption of the first U.S. flag happened on June 14, 1777, Flag Day was initially established by President Woodrow Wilson in 1916, according to the Library of Congress. By 1949, President Harry Truman signed legislation that made it a national day. Since that signing, presidents have had to issue a Flag Day proclamation every year.

While Flag Day is a recognized national day, it is not considered an official federal holiday since most government agencies throughout the country are open for operation despite its calendar presence.