For Uber the ring of the opening bell on Friday marked the day the ride-hailing giant looked to pick up passengers as a newly public company.

It was a momentous occasion for the outfit, which started back in 2009 and ended the day with a valuation of $76billion on an undiluted basis.

Uber is the 10th U.S. IPO since the 2008 financial crisis to raise at least $3 billion – and the first of that group to suffer a price drop in its opening session.

The company’s IPO was the largest of the year and the most anticipated since Facebook’s public debut in 2012.

But it was not CEO Dara Khosrowshahi, who stood proudly alongside other company officials on a balcony above the New York Stock Exchange, who had the honor of signalling the start of trading.

Nor was it founder Travis Kalanick, who reportedly asked to join them for the opening bell but was told he could not after leaving the company in 2017 over its ‘bro-like’ culture.

That fell to Austin Geidt, 34, a graduate and former drug addict who cold emailed her in way in to become Uber’s fourth employee in 2010.

While Khosrowshahi posed for selfies and controversial co-founder Travis Kalanick and other Uber officials and employees stood on the trading floor it was Geidt who was handed the important task of ringing the bell. 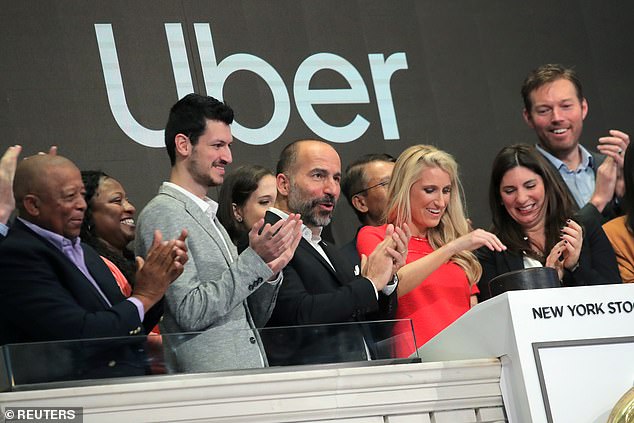 Uber Technologies Inc. CEO Dara Khosrowshah (C) stands alongside Austin Geidt (in red) as she rings the opening bell of the trading session on the New York Stock Exchange 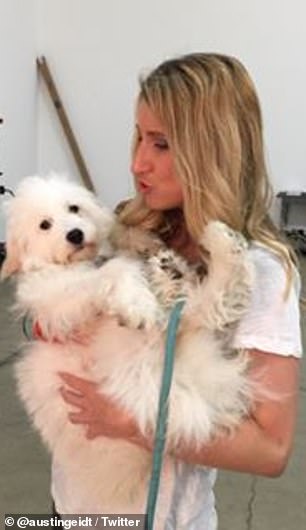 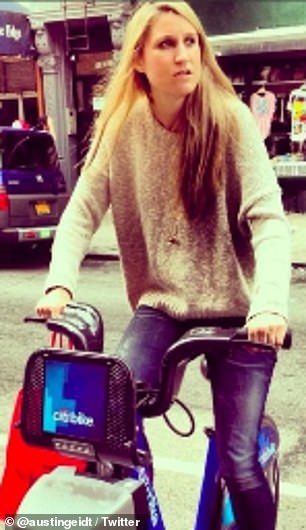 Austin Geidt is a Berkeley graduate and former drug addict who cold emailed her in way in to become Uber’s fourth employee in 2010. She started life at the company as an intern

Giedt, who has filled several roles during her time with the company, is now head of strategy for Uber’s Advanced Technologies Group, which works on autonomous vehicles.

But she started life there as an intern and tweeted in 2015 to mark her five-year anniversary of working at the company: ‘To all you interns, keep ya heads up.’

Giedt stood beaming in a red dress and surrounded by Uber drivers from around the world and other Uber executives at the NYSE.

But it hasn’t always been smooth sailing for the University of California at Berkeley graduate.

She has been open about her battle with drug addiction, telling Fortune in 2015: ‘I had a drug addiction. I got sober. I’m 10 years sober. I was in a really dark place.’

Aged 19 the businesswoman said she ‘got into trouble’ but was able to get clean and has been since she was 20.

Speaking four years ago she said: ‘I spent a few years just getting back to basics.’

Giedt then returned to college, graduating when she was 25 but admits she ‘felt behind’ as a intern at that age, adding: ‘I was a sober 25 year old senior. But it was so important to get that part of my life right so I could get the rest of my life right.

‘And then right after I finished school, I applied to Uber.’

Ryan Graves, Uber’s CEO at the time, told her to create a presentation about herself and Giedt landed a role at the company which saw her work as an intern handing out flyers to cold-calling potential drivers. 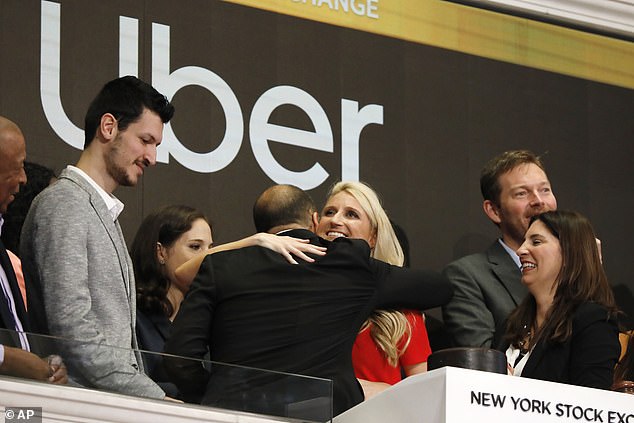 Uber CEO Dara Khosrowshahi, back to camera, hugs Austin at the opening bell ceremony at the New York Stock Exchange, as his company makes its initial public offering 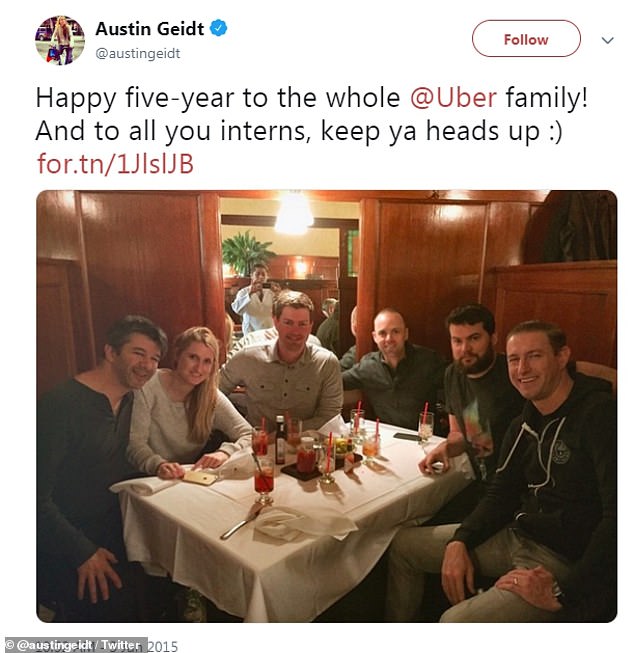 She said: ‘I immersed myself at Uber. But I am also able to step back considerably.

‘I love what we do, but I also have perspective on what’s really important to me.

‘There were four of us when I started and I’m so direct, that they knew within a month of me being there,’ she says. ‘It’s such an important part of my story.’

Then in 2017 Uber investor Shervin Pishevar was accused of sexual assault and harassment by six women.

One of those he allegedly groped was Geidt, who was head of Uber’s global expansion at the time, during a holiday party in 2014.

Sources claim the then-40-year-old investor placed his hand on a then 30-year-old Geidt’s leg and moved his hand up her dress, forcing her to move away.

Pishevar, the co-founder and managing director of Sherpa Capital, denied the allegations, and insisted that he and Geidt maintained ‘a friendly, professional relationship’, after the alleged incident. 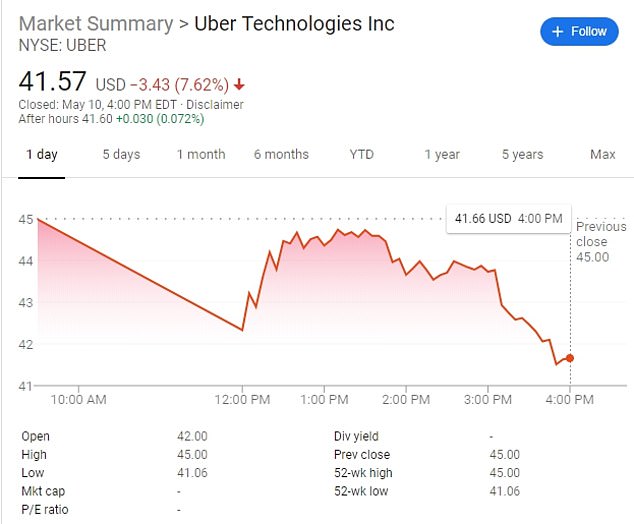 Geidt declined to comment on the allegations at the time, which were made by her colleagues regarding Pishevar.

It is not known how much equity she owns and therefore how much she made in today’s trading.

But for Giedt, one of the most powerful women in Silicon Valley, she believes hers is more a story about hope above all else.

‘For me, it’s more of a hopeful story,’ she says. ‘I think Uber has been great for me.’

‘If I had the chance to go back change anything about my journey I wouldn’t.’

How much key executives and investors made in Uber IPO 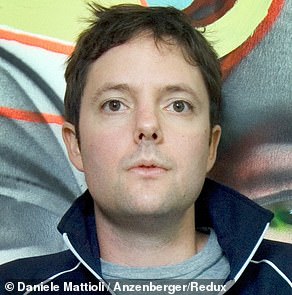 He is a legend in Silicon Valley and was one of the first employees at Facebook. Cohler has helped launch LinkedIn.

The New Yorker, who once tried his hand at being a saxophonist and now lives with his Norwegian lawyer wife Pia Oien Cohler in San Francisco, made the Forbes The Midas List of top tech Investors in 2019, coming in at number 77. 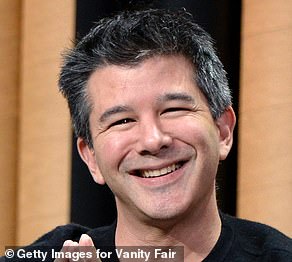 Uber’s co-founder and former CEO. His shares are now worth $4.8billion.

Kalanick departed the company in disgrace after a spate of scandals surrounding the company’s culture.

He was the public face of the ultra-competitive, no-holds barred environment where employees say sexual harassment, sexism, racism and homophobia were tolerated so long as profits were rising.

He had his own mishaps.

One embarrassing moment was when an email he sent to staff was leaked. In it, he asked staff not to have sex with each other at a party and said anyone who threw up or ‘puked’, in his words, would be charged $200.

He was forced out as the result of a lengthy law-firm investigation which exposed the aforementioned culture. 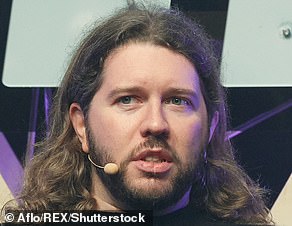 Garrett Camp invented Uber. It was his idea in 2008 that launched the company.

He stood to make $3.7billion from Friday’s IPO but with the lower than expected result, got $3.36billion

He teamed up with Kalanick who, as the more aggressive out of the two, got it off the ground.

Camp, according to other Uber employees, has an aversion to confrontation and stays largely out of the fire.

They say his biggest mistake is giving Kalanick too much power in the early days of the company. 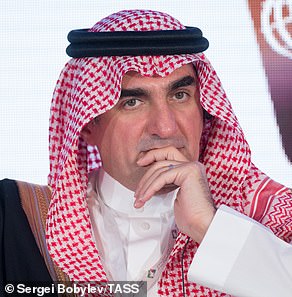 His 73million shares, by the end of closing, pocketed him $2.9billion,

It does not, however, give him a return on his investment.

It remains to be seen how the bank will fare by the end of the day.

Complicating matters is its enormous, $45million investment in SoftBank’s Vision Fund, the world’s largest VC fund which is behind a plethora of tech start-ups. 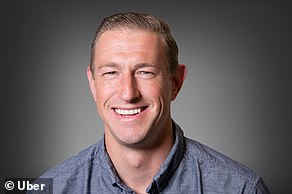 Uber’s first employee and former CEO, currently a board member.

His shares 33.2million shares are now worth $1.36billion.

Graves was hired in 2010 as CEO and later became president then SVP of then Global Operations.

Graves resigned in 2017, two months after Kalanick was ousted following the reshuffle and investigation. 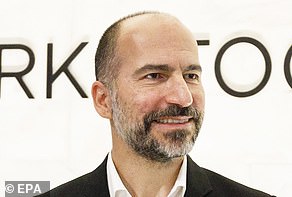 He is now on the board of directors and is also the founder and CEO of SaltWater Capital which is a family office, incubation, and investment firm.

Khosrowshahi was brought in after Kalanick’s departure to become CEO.

He was previously the CEO of Expedia and his 196,000 shares are worth $8million.

Khosrowshahi inherited a wave of scandals and problems from Kalanick. 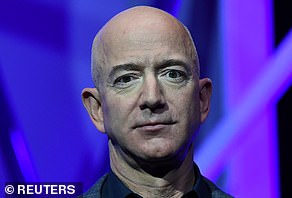 Last August, he said of the position: ‘I didn’t get into this expecting an easy ride. It’s been just as challenging as I expected.’

The Amazon CEO was due to make $400million when the share price was put at $45 which means works out to a stake of around 8.8million shares.

At $42 a pop, he would have made closer to $364million which means he made his money back 121 times after personally sinking $3million int o it. 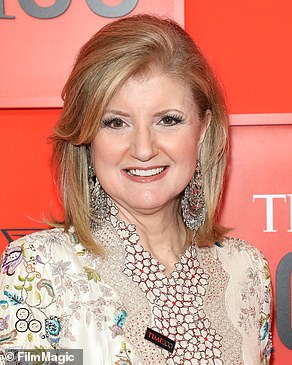 Bezos is already the world’s richest man with a net worth of close to $155billion.  The IPO tops up his gargantuan wealth.

$400million ownership represents a 0.58 percent stake in the company at $82billion.

She was drafted in while the company was in crisis to serve on its board and add an ’emotional intelligence’ to the operation.

THE CELEBRITY WINNERS OF UBER’S IPO 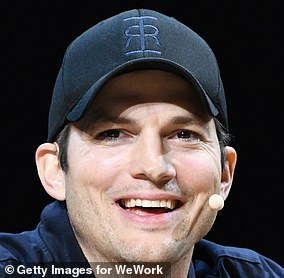 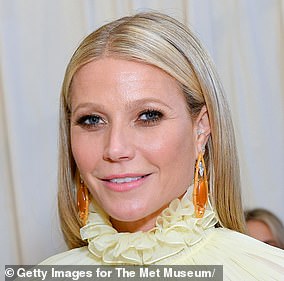 He was one of the first investors in its early capital rounds, giving it half a million dollars in 2011.

‘That’s crazy. And that’s why it has the velocity and potential that it has.’

Paltrow told Forbes she too invested in the ride-sharing app once it started growing in popularity.

Like Kutcher, Jay Z invested in the app in its Series A round in 2011. Their stakes are not known.

Brown also invested in the first round in 2011 but his stake is unknown. 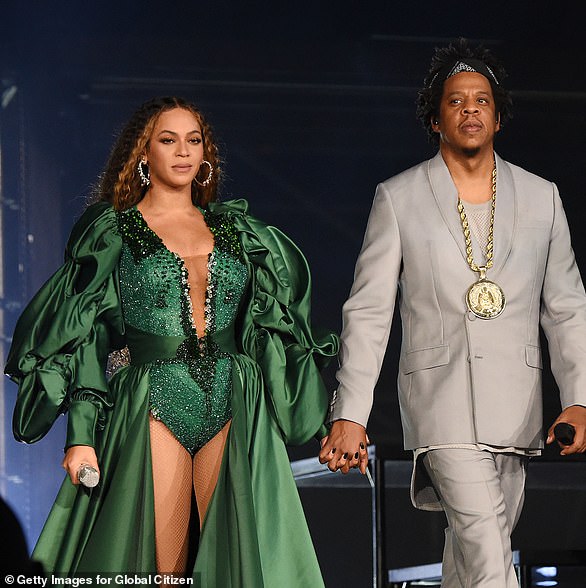 Armstrong invested $100,000 in the company in 2009. He has since credited it with ‘saving his family’ after he was tasked with paying millions in settlements from his doping scandal.

Munn revealed this year that she invested, saying: ‘I wish I’d invested more in Uber, but it’s hard to know when something will be successful.’

She invested in 2011 but it is not clear how big her stake is. 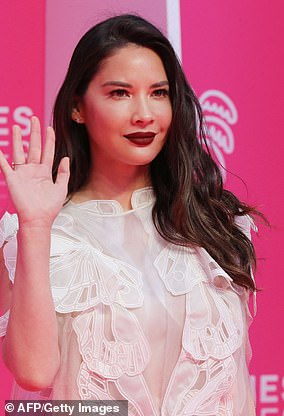 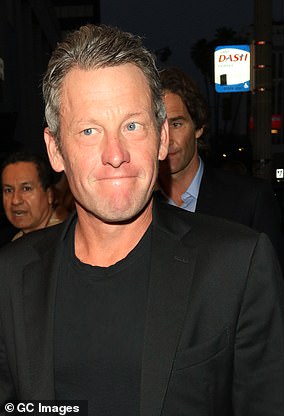 Olivia Munn admitted: ‘I wish I’d invested more in Uber, but it’s hard to know when something will be successful’ while Lance Armstrong has even credited his shares with ‘saving his family’

DiCaprio is a rumored investor but he has never confirmed his stake.

Leto is a rumored investor but he has never confirmed his stake.

Norton is a rumored investor but he has never confirmed his stake. 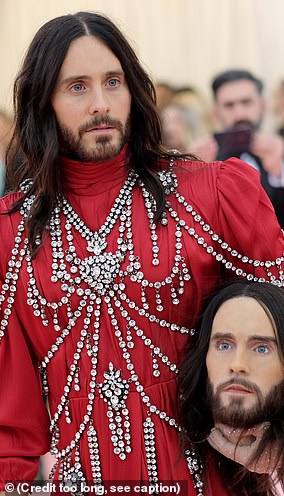 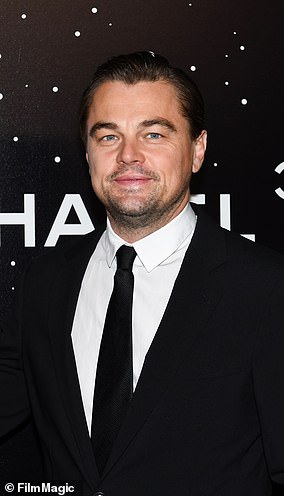 Actors Leonardo DiCaprio, right, Jared Leto, left, and Edward Norton are all also said to have money tied to the company