American Daniel Swift, a former Navy SEAL who deserted in 2019, was killed while fighting in Ukraine on Jan. 18, according to U.S. officials.

“The Navy can confirm that a former Sailor, Daniel W. Swift, was killed in Ukraine on Jan. 18, 2023,” the Navy said in a statement. “The Navy Absentee Collection and Information Center confirmed that the Sailor was is in an active deserter status since March 11, 2019. We cannot speculate as to why the former Sailor was in Ukraine.”

The U.S. State Department also confirmed the death of an American in Ukraine, though it did not identify him. 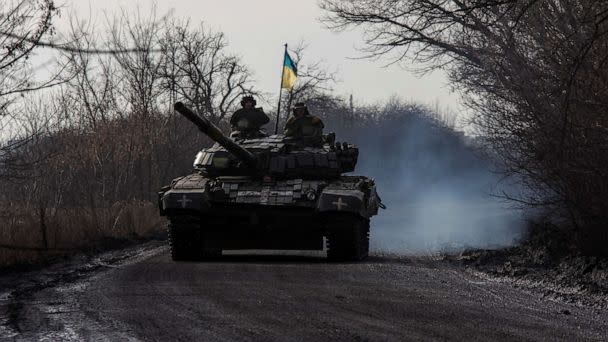 MORE: Russia-Ukraine live updates: US to provide $2.5 billion in aid, weapons to Ukraine

“We can confirm the recent death of a U.S. citizen fighting in Ukraine,” a State Department spokesperson said in a statement provided to ABC News.

“We are in touch with his family and providing all possible consular assistance,” it continued. “Out of respect for the privacy of the family during this difficult time, we have nothing further to add.”

Swift was a SEAL for most of his 12-year Naval career, that included deployments to Iraq and Afghanistan. However, a copy of his Navy service record shows a two-year break in his military service after which he resumed his career as a SEAL.

The Navy says he was placed in deserter status in 2019, presumably after he had left his military assignment with a West Coast-based SEAL team.

According to the Associated Press, Swift is the sixth American to have died in Ukraine while fighting with Ukrainian military forces.

There are no U.S. military personnel in Ukraine aside from the small number working at the U.S. embassy in Kyiv.