A four-year-old boy has died after being hit by a rubbish truck in Tasmania’s north.

The child was riding his bicycle in Bishops Drive in Newnham, Launceston, when the collision with the truck, which was collecting bins in the area, occurred. Emergency services were called to the street at 12.15pm. 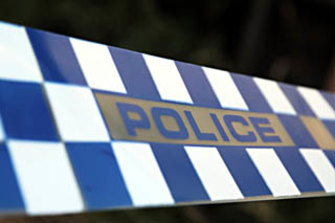 The boy was riding his bicycle in Bishops Drive in Newnham, in Launceston, when the collision with the truck, which was collecting bins in the area, occurred.Credit:ROB GUNSTONE

“We are just unclear how this tragic circumstance happened, but the four-year-old old boy has been collected by the front of the truck and died at the scene,” Tasmania Police Inspector Ruth Orr said. “This is an absolute tragedy for everyone concerned.”

She added that the boy’s family, including his mother, were home at the time.

“I am aware there were some eyewitnesses to it – I don’t intend to discuss who those people might be,” she said.

“The driver of the truck was exceptionally shaken up and, I would suggest, in shock, which is understandable. This is really upsetting for everyone concerned. He is assisting us with inquiries.”

Inspector Orr said it was one of the most confronting scenes she had attended in her 25 years of policing.

Authorities will be speaking to the witnesses and using the CCTV from the truck.

A crime scene has been established and the street is expected to open up later on Wednesday evening.

At the end of each day, we’ll send you the most important breaking news headlines, evening entertainment ideas and a long read to enjoy.  Sign up to The Sydney Morning Herald’s newsletter here, The Age’s here, Brisbane Times’ here, and WAtoday’s here.